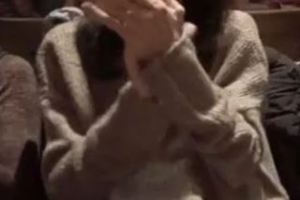 In fairness to Allison Mack – who has been accused on the website Crazy Days and Nights of having sex trysts at her parent’s home – where she is living under home arrest – in order to use her sex partners to pass on secret messages to NXIVM members she was otherwise forbidden to communicate with, here is another Blind Item from Crazy Days and Nights concerning NXIVM that casts doubt on the overall authenticity of their sources concerning NXIVM.

I realize it’s a gossip website and a blind item site as well – so there is more license to speculate.  But the following item I think is highly unlikely to be true.

Someone had to do it. The first time was a couple decades ago. The female teens being brought over from the Middle East under the guise of a school being run by the husband of someone in this country extremely wealthy. He had ties back to his home country. There was always violence in the country. It just seemed to only happen to parents and siblings of people who had a very attractive female in the family. There was an agreement in place with the sons of the rulers of this country. They got first shot and then the teen was shipped to a cult here in the US. Often, those teens once they had been here for some time needed to be disposed of for one reason or another. So, that task was at one point in the purview of one of the closest women to the throne so to speak. She would give them something in their tea at night and the teen would never wake up. Well, after doing this a half dozen times, the woman wanted to leave the cult. That was not going to happen and she was killed. Oh, they made it sound like a suicide and no one really paid too much attention to the story and they got away with it.

Well, she needed to be replaced with someone else who could do the dirty work and they found such a person. The thing is though, after about a dozen years doing it, she too was wanting to exit the cult. Nope. She was killed a couple years ago and the body cremated before her death was even reported to the authorities.

As more details start to emerge with people in the cult looking to cut deals, I think we are going to hear about things that are far worse and way more graphic than we are possibly expecting.

***
Let’s restate the above filling in the blind items.
Prior to October 2002 and continuing until at least 2016, female teens were being brought to NXIVM from Libya under the guise of a school being run by Basit Igtet – husband of wealthy Sara Bronfman.  The sons of the rulers of Libya got first shot at the pretty female teens and if they did not take the girl then she was shipped to NXIVM.
Often, those teens needed to be disposed of for one reason or another. The task was assigned to Gina Hutchinson. Gina would give them something in their tea at night and the teen would never wake up.

After doing this a half dozen times, Gina wanted to leave the cult. That was not going to happen and she was killed. They made it sound like a suicide and no one really paid too much attention to the story and they got away with it.

Gina needed to be replaced with someone else who could kill the Libyan girls of NXIVM and they found Pam Cafritz. After about a dozen years doing it, Pam wanted to exit the cult. Nope. Pam was killed a couple years ago and the body cremated before her death was reported to the authorities.

***
There are a lot of problems with this.
First Sara Bronfman did not meet Basit Igtet of Libya until around 2012 – a decade after Gina Hutchinson’s death. There was no Libyan connection during Gina’s life time that I know of.
In fact, there was no Bronfman connection.  Gina died just when Sara Bronfman was first joining the cult.  There was no overlap of years. At best they both knew Raniere for a couple of months. And Basit Igtet was not involved at all.
While Gina may have been killed – I doubt – I know in my heart – that Gina would never kill teenage girls – from Libya – or anyone else. She had been raped by Raniere when she was a teen. She was not a murderer for Raniere.
In addition, it is pretty clear Pam Cafritz had cancer. Her pictures, taken before her death, indicate it strongly. Keith might have hastened her death – and Keith might have also withheld an autopsy – who knows he might have even poisoned her – but I doubt he did it because she wanted to leave the cult.
It seems to me and sources who knew Pam well – that she was happy to be in the cult and never wanted to leave. While I think Pam was eager to recruit teen girls for Raneire’s sexual enjoyment – I doubt she would be willing to kill any of them.
While Raniere was eager for and seems to have had access to American and Mexican teens and I think he would have been pleased to rape Libyan teens too – none of my sources ever saw any Libyan teens around. For this to be true – they had to hide those girls really well – and dispose of them without a trace.
Nothing fits in this narrative. The story is nonsense.
While I would bet the farm against the Libyan murder story being true, I am not prepared to rule out the Mack sex story yet.