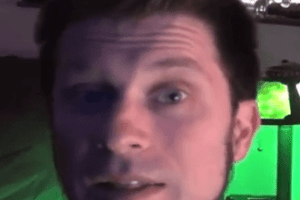 Reports of Ben Szemkus being “missing and feared dead” appear to be exaggerated.

Ben – the man who claims he went to a NXIVM recruitment party in 2007 – where he saw Stormy Daniels, Anthony Weiner, Huma Abedin, Eric Schneiderman, James Alefantis, along with NXIVM’s Keith Raniere, Allison Mack, Nancy Salzman and the Bronfman sisters – has reemerged on Twitter – after a hiatus of several days.

Ben is now tweeting about various topics including defending his claim that he truly did attend the NXIVM mixer/recruitment party where snuff films were shown and Keith went into a bedroom with Stormy Daniels and Allison Mack during the party.

Ben’s story has been criticized as a fabrication, but last week the woman who paid for Ben’s lie detector test – The Tanster – [Tana Lee Alves] reported that Ben was “missing and feared dead.”

She wrote, “Some obvious publicist types posted Ben’s address on an alleged disinformation blog that claims to exist to expose NXIVM [Editor’s note: I think she may be referring to the Frank Report]. These shady individuals have lied about Ben to the extent that they are either begging for a defamation lawsuit or more than likely they are attempting to provoke A VIOLENT REACTION. Ben has been too gracious and too much of a gentleman to respond to their low down lies and aggression in kind.

“Ben accepted this latest outrage of them publishing his home address philosophically but I do feel a visceral disgust for the types that say they’re exposing and ‘taking down’ NXIVM while they harass and lie about a COURAGEOUS WITNESS. I am confident justice will come in due course to those who have descended into such repulsive depths of degeneracy.

“Please let me know if you have any information about the whereabouts of Ben Szemkus of Seattle, Washington.”

A number of people feared the Clintons killed him.

But happily, Ben appears to be a survivor and as his latest Tweets suggest, he will live to tell more about his strange NXIVM encounter where an improbable [and growing] cast of people gathered to do some improbable things.

Frank Report has taken no position regarding the veracity of Ben’s story – but one of our contributors – Larry Shea – has written extensively calling it a poor and obvious lie.

Despite Ben’s latest Tweets, some remain unconvinced that Ben is alive. Reportedly, it has been said by some who sincerely believed the dark and shady forces [i.e. Clintons] wanted him to stop telling his story at all costs  – that Ben’s reemerging means nothing.  He may have been cloned.

Here are some of Ben’s latest tweets.

The Knife Media has ceased publishing – another Raniere brainchild bites the dust
Dateline tonight will feature Raniere’s Attorney Speaking Out On Branding: “I Think He [Keith] Knew About Every Part of It”
Comment