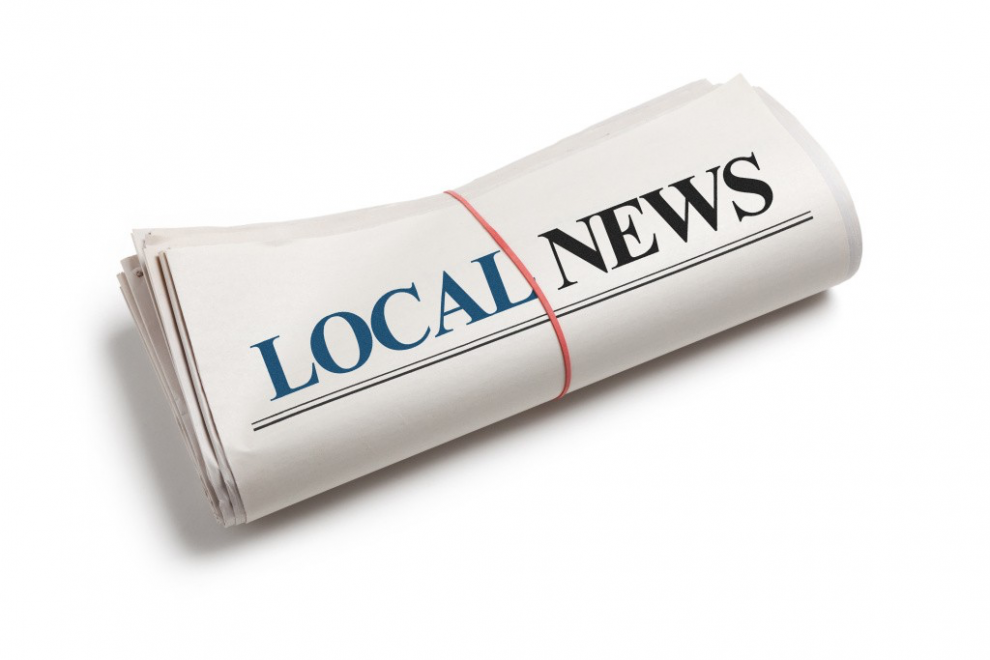 I lament the loss of local newspapers and consider it to be one of our largest threats to our democracy. Whenever a despot takes over a country, one of the first things they do is either shut down the press or subvert it for their own use.

If you’re reading this article in your local newspaper, thank you! Just by looking at this page, in print, you are doing a vital service for your hometown, your state, your country and for democracy as a whole.

It’s not a secret that local newspapers are in trouble, and they have been for quite some time. According to a 2017 report from the Pew Research Center, the weekday circulation for U.S. daily newspapers has been on the decline for twenty-eight consecutive years.

Despite the hate that publications like The New York Times and The Washington Post get from the Trump administration, it’s not the national newspapers that we need to be concerned about. Their subscription numbers are increasing. It’s the smaller, hometown newspapers that provide local news coverage that are suffering.  In my opinion, local papers fill a niche in a way that nothing else can. You will not find local obituaries, local news, high school sports or even the local police reports in the larger national newspapers.

Personally I think that many papers are chronically understaffed due to reduced income. This helps cause them to close altogether. Three newspapers that I had worked for as an independent columnist have shuttered their doors. The print newspapers The Lockport Star and The North Tonawanda Sun and the digital paper East Niagara Post are gone. This unfortunately happened just as my journalism career was taking off.

I have thought about why all of these newspapers are going under and decided one of the problems is the internet. Local newspapers lost print customers when people started reading the news online, on their computers, tablets and phones where they can get their news for free.

I think papers have lost an additional source of income with the invention of Craigslist, Angie’s List and any of the myriad business listing sites. If you are looking for a job or want to hire someone you go to Monster.com, wnyjobs.com or Indeed.com a leading job site with millions of job listings from thousands of websites. No more putting a listing in the paper’s help wanted section. Another problem is E-Bay and the many other websites for selling whatever you don’t need.

Print newspapers have to compete for readership and advertising revenue with all the websites that carry national scandals, political commentary and cute cat videos. I think that this isn’t just a problem for our local newspaper. With the loss of jobs it’s a financial hardship for our entire town. The reduction in workforce due to reduced income effects every store and local restaurant. The people that used to work for the newspapers are laid off and just don’t have the money to spend on dinner and a movie.

The cost of newsprint is skyrocketing also. I know I am not the only one that has noticed that the local newspapers have evolved from the robust handful they used to be to a paper with 16 to 20 pages daily. I remember when the first section of the paper used to be that big. Now that the POTUS has proposed a tariff on Canadian newsprint I can only see the problem worsening.

Forty years ago I used to pick up a copy of the Currier Express and the Buffalo Evening News on my way to work a second shift job. They were both such thick papers that if you rolled them up and wacked someone they knew it. I used to read them from the first page to the last. It was interesting to me to see how two papers, published in the same city, on the same day could be so diametrically different in both their editorials and the way they reported the news. Alas, even Buffalo has been hit by the problems befalling newspapers nationwide. Buffalo is down to just one paper that is a shadow of it’s former self.

I think that local newspapers provide public benefits that can’t be measured in just dollars and cents. The problem with today’s marketplace is that it doesn’t recompense them for this. A you tube video about a cat falling into a fish tank will always bring in more advertising revenue than the coverage of a city legislative meeting published in the local paper. But the latter editorial might actually put a stop to government corruption. Even if no one reads it, elected officials are much more likely to behave properly when they are aware they are being watched.

I think that we have a tendency to take a newspaper’s impact for granted. Perhaps we should stop thinking about our local newspapers as a business that needs to show a profit and start realizing that they are utilities that we need to finance for our own good.

Norb is a writer from Lockport. His e-mail is nrug@juno .

Is Trump Emerging as “the Grown-Up in the Room”?
Criminalizing Sleep: Why We Must Do More to Address Homelessness Crisis