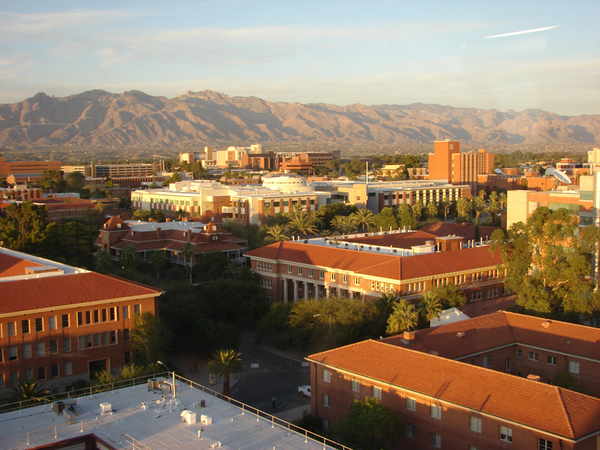 A public university is paying a radical 89-year-old linguist hundreds of thousands of dollars to teach his famously leftist brand of politics, according to records obtained by Judicial after a months-long battle with the taxpayer-funded institution.

Judicial Watch launched an investigation after the University of Arizona (UA), located in Tucson with an enrollment of about 40,000, announced that it hired Noam Chomsky to teach a general education course for undergraduates titled “What is Politics?” In the announcement UA describes Chomsky as a “world-renowned linguist” and one of the “most cited scholars in modern history.”

The reality is that Chomsky is an extreme leftwing propagandist who defends communist regimes—including those in Vietnam and Cuba—and openly supports the anti-Israel and anti-U.S. terrorist organization Hezbollah. In fact, Chomsky met with Hezbollah leaders in Lebanon even though the State Department lists the group as a terrorist organization and the elderly professor has publicly supported the militant group’s right to be armed.

At the time Chomsky was a professor of linguistics at the prestigious Massachusetts Institute of Technology (MIT), a private institution that can hire whoever it wants with no public accountability. However, UA is funded with taxpayer dollars and must comply with public-records laws meant to keep government transparent. It still took UA four months to provide Judicial Watch with the records of Chomsky’s outrageous deal.

The records show that the university’s relationship with the decrepit academic began several years ago while he was still teaching at MIT. Chomsky delivered guest lectures at UA, mostly in the College of Social and Behavioral Sciences, and the university eventually hired him as a “consultant” for $65,000. His consultant duties were to show up only six times for a politics class with only 38 students, which means he received north of $10,000 a lecture.

The class met for 7 ½ weeks and Chomsky was to attend only on Thursdays for a total of six sessions, the contract obtained by Judicial Watch shows. UA subsequently hired Chomsky to teach for three years—from 2017 to 2020—at an annual salary of $250,000. The money comes from tuition dollars, grants, contracts and other funds generated by the public institution, the records show.

Pouring salt on the wound, UA lost nearly $25,000 hosting lectures (“THE HAURY CONVERSATION: NOAM CHOMSKY TALKS WITH TONI MASSARO”) featuring Chomsky. The school promoted one of them as an event in which Chomsky would speak on “a range of topics that could include the refugee crisis, political conflict, democracy, capitalism, climate change and social inequality.”

The records show that the outlay expenses by UA for both lectures totaled $17,007.01. An invoice for $12,687.16 dated April 30, 2018, appears to be a payment to Eventbrite from the university for the second of the two Chomsky lectures. Ticket sales came in at $12,385 and ticket costs totaled $7,683.24. When combined with the original outlays, UA lost $24,992.41 on both of the Chomsky events. It should be noted that UA has not hosted similar events for any other academic in the past 24 years, making the Chomsky fiasco a unique, one-time production at a loss to taxpayers for a radical leftist political activist.

The university’s arrangement with Chomsky has outraged many, especially those with connections to the school. Bevan Olyphant, a former Green Berets who taught a leadership class in the honors program at UA, got paid $1,500 a semester and says a full engineering professor at UA receives an average annual salary of $80,000.

This is enraging considering the university is paying Chomsky an astounding quarter of a million dollars a year. Olyphant, who owns a ranch in southern Arizona, said this is the response he got from the president of UA when he requested that the university bring in conservative speakers: “We can’t do that! We would have a riot,” Olyphant told Judicial Watch. As part of the investigation into Chomsky’s egregious deal, Judicial Watch requested records of UA’s contracts with other speakers and lecturers and none were conservative.