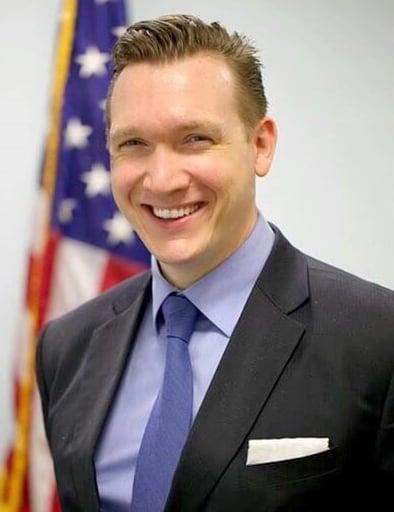 Democrat Nate McMurray today said that the arrest of Republican Congressman Chris Collins on insider trading charges underscores the reasons he’s challenging Collins in 27th Congressional District. “This is why I got in this race, because I understand that the man who claims to represent this community doesn’t actually represent it,” McMurray said. “Chris Collins has openly admitted that he serves only wealthy donors and that his proudest accomplishment is making millions for his friends here in Western New York and in Washington. That’s not what Congress is for and not what our democracy is about. “Today’s allegations by the US attorney were shocking and sad, but not surprising – this has been unfolding, piece by piece, for many months. Anyone who’s been paying attention knows what’s going on. And now the jig is up, because no matter how this is spun, it’s clear that the swamp is alive and well in Washington, DC.” McMurray said that in his frequent travels across the 27th, people from all across the political spectrum are united in their common needs for healthcare, better wages, and opportunities for their children. “What will I use the people’s House for? The work of the people, period,” McMurray said. “I don’t want anyone choosing between their healthcare and their house payments, or worrying about losing their Social Security, or being burdened with trillions of dollars in new debt because of tax cuts for those who don’t need them. “The American Dream needs to live again, and we need a representative worthy of this district and the people who call it home.” McMurray said his personal background growing up in a family of seven children supported by a single mother has made him acutely aware of the daily challenges hard-working families face. “I’ve also learned that regardless of our many different beliefs and political backgrounds that we are all brothers and sisters, and that we have to unite in order to secure a better future for our community and our nation. That will be my sole goal when I reach the House of Representatives in January.” This investigation must go forward and all those involved must be held accountable so that we can restore integrity and trust to public life.