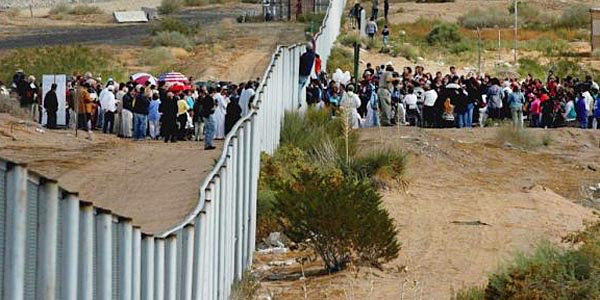 HERE IS A LIST OF ALL THE DEVELOPED NATIONS OF THE WORLD THAT OFFER BIRTHRIGHT CITIZENSHIP TO THE NEWBORN BABIES OF TOURISTS AND ‘ILLEGAL’ ALIENS:

1. United States.  That’s right, the ONLY ONE.  Every other modern developed nation in the world has gotten rid of birthright citizenship policies. Yet, most of U.S. news media and politicians the last two weeks have ridiculed the comments by some other politicians that it is time for the U.S. to put an end to birthright citizenship for tourists and ‘illegal aliens.’

–  NO OTHER COUNTRIES (ZERO-NONE-ZILCH) folks, the U.S. ‘Stands alone.’  There used to be all kinds of developed countries that gave away their citizenship as freely as we do in the U.S. but one by one they all have recognized the folly, recklessness, lunacy, stupidity of that policy.

–  SOME MODERN COUNTRIES THAT RECENTLY ENDED THEIR BIRTHRIGHT CITIZENSHIP POLICY:   Canada was the last non-U.S. Holdout.  Illegal aliens stopped getting citizenship for their newborn babies in 2009.  Australia’s birthright citizenship requirements are much more stringent than those of H.R. 1868 and took effect in 2007.

The United States is the ‘laughing stock’ of the modern world.  Only the U.S. values its citizenship ‘so lowly’ as to distribute it promiscuously to the off-spring of foreign citizens visiting Disney World on tourist visas and to foreign citizens who have violated their promises on their visitor, work and student visas who stay illegally in the country, as well as to those who sneak across our borders.

It’s not just Mexico and South America who are sending illegals across our borders.  Currently, the CBP(Customs Border Protection) reports that of those apprehended illegally crossing the border, China is number one.

Illegal aliens from China, India, Russia, the Middle East, and a host of other nations are flooding the United States.  Ironically, most often these ‘illegals’ and/or their offspring are given positions at the front of the line for Government jobs, contracts and assistance.

Look around you!   We are giving away our culture, and economic and fiscal strength because our borders are not secure and we bestow citizenship irresponsibly.