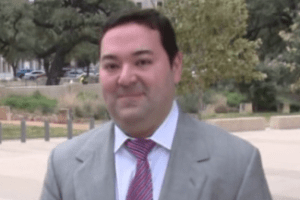 Omar Rosales, an attorney and author in Austin, Texas, was formerly a member of NXIVM. He escaped the cruel cult’s clutches when he smelled the horrific odor of this grotesque and sinister group , Rosales later wrote the first book about NXIVM – entitled American Cult – NXIVM exposed. 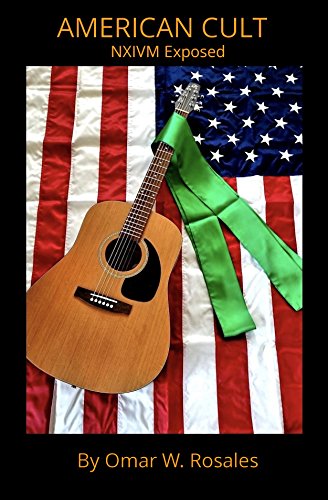 Omar took it upon himself to also write the US Attorney Western District of New York to drop the charges against me.

I did not ask him to do this He told me about his letter after he sent it to the US Attorney [see below].

What he is asking the new US Attorney of the Western District to do is take the opposite approach of his predecessor – which was to support and protect Clare Bronfman and the Bronfman-Raniere crime organization.

The Western District was offered comprehensive evidence by me in 2015 that, if acted upon, would have closed down the Bronfman-Raniere crime syndicate – before they started branding women.

The Eastern District on the other hand acted – acted swiftly – using a lot of information I published – and all but shut this vicious cult down – but unfortunately not until 2018 – after I first revealed evidence of branding – which was followed up by the New York Times.

Back in 2015, on numerous occasions through my lawyers, I attempted to provide the US Attorney Western District with the list of financial and racketeering crimes of Bronfman-Raniere – the same crimes [and more] they have currently been charged with.

I possess the emails back and forth with an Assistant US Attorney in the Western District – Anthony Bruce – and my lawyers – that shows he refused to even listen to evidence – unless I took a [false] plea deal admitting to crimes I never committed – something he knew or should have known I would never do.

The story of the Bronfman-Raniere crime organization is bigger than just a little scoundrel named Raniere and his heiress Bronfman abusing women, blackmailing them and branding them.

Catherine Oxenberg in her book Captive relates how the Western District tried to protect Clare Bronfman – and silence me – which she says – could have ended the effort to expose the crimes of the NXIVM cult.

The truth will come out. I tried to stop the Bronfman-Raniere crime organization prior to the branding of women. I went to the Western District – I was ignored, and falsely charged – based on trumped up, fictitious narratives and perjurious testimony. 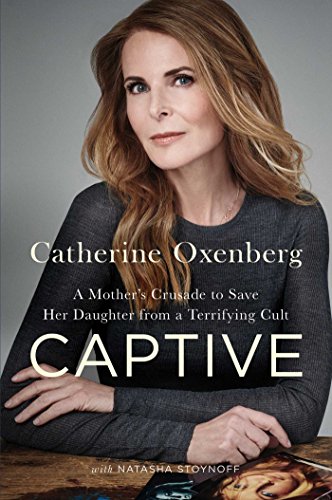 US ATTORNEY FOR THE WESTERN DISTRICT OF NEW YORK
138 DELAWARE AVE
BUFFALO, NY
14202

RE: INDICTMENT AGAINST FRANK PARLATO, 1:15-CR-149, DEVELOPED
BY THE BRONFMAN CRIMINAL ENTERPRISE AND NXIVM

Dear Mr. Kennedy:
Thank you for your time and attention. I am writing this letter as a victim of the Bronfman Criminal Enterprise that operated for many years in Albany, NY under the guise of NXIVM, Executive Success Programs, and various shell corporations.

As you are aware, the head of the Bronfman Criminal Enterprise, Clare Bronfman and her associates Keith Raniere and Nancy Salzman were indicted in 2018 for various crimes including Racketeering, Identity Theft, Tax Evasion, and Human Smuggling. I am
also personally aware of their Immigration violations, as I heard several foreign members of the enterprise talk about having to ‘get married to US citizens to stay in New York.

I have kept up with the story. And I ask you to please dismiss the indictment and case against Frank Parlato, filed under 1:15-CR-149 in the Western District. Mr. Parlato has been a vocal critic of the NXIVM and Bronfman Criminal Enterprise for years. Mr. Parlato has fought tirelessly to expose the graft, corruption, and illegal activities of this group. As retaliation, the head of the Bronfman Criminal Syndicate (Clare Bronfman) initially swore out a complaint and testified in front of a grand jury to engineer Mr. Parlato’s indictment.

Obviously, if Ms. Clare Bronfman and her associates have been indicted for racketeering (1:18-CR-204 in the Eastern District of New York), neither her nor her associates are credible witnesses.

However, through the efforts of Mr. Parlato, the FBI, and the Department of Justice, the Bronfman Crime Syndicate and NXIVM are finally being brought to justice.

Mr. Kennedy, I know you were not the US Attorney at the time the indictment against Mr. Parlato was birthed. I am asking you to please consider withdrawing the case against Mr. Parlato. As a victim of NXIVM, and a fellow attorney, I am concerned that the wheels of justice were improperly steered by the Bronfman Crime Syndicate against other former members and critics of NXIVM.
In the United States, there is the perception that the ultra-wealthy do not have to follow the laws of our country and can steer the justice system for their own ends. Mr. Kennedy, would please help to ‘right the ship’ and consider dropping the case against Mr.
Parlato?

Please feel free to contact me if you have any questions. I will be more than happy to provide a statement to investigators on the NXIVM case.