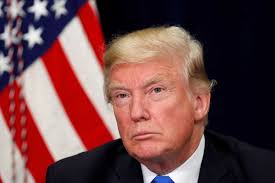 Like so much of what Trump promotes, the term is dehumanizing and inflammatory. But since the beginning of his presidency, he has surrounded himself around people who are either incompetent, immoral, or both.

Paul Manafort’s trial for tax evasion and corruption exposes yet another example of Trump’s poor judgement of character. The president maintains that Manafort has nothing to do with him; but how can that be true when he joined his presidential campaign team in March 2016, and was campaign chairman from June to August 2016?  Candidate Trump had ample time to properly vet Manafort but went decided to give him a substantial position of authority on his team. To this day he takes zero blame for his choice.

Here’s the bottom line. If Trump really wants to “drain the swamp,” why does he continuously bring into his inner circle known liars, thieves, grafters, xenophobes, domestic abusers, and people with no special knowledge about their departments (Ben Carson and Betsy DeVos come readily to mind).

Moreover, why does he seek the advice of radicals such as Steven Miller and Sebastian Gorka?

If he is so untrustworthy and deceptive, why did he employ Michael Cohen for decades? If she is such a “low life,” why did he appoint Omarosa to be a special White House aid?

Why did he say that there are good people on both sides of the Charlottesville protest? Why do his biggest supporters keep getting busted for crimes ranging from embezzlement and insider trading to fraud and abuse of power? (NY Congressman Chris Collins is the latest to fit that bill.)

Why do so many of the people Trump appoints end up mired in controversy over racist comments, conflicts of interests, abuse accusations, misuse of public tax dollars, and other integrity issues?

Never mind Russia, North Korea and Iran. Simply put: the most severe crisis facing our nation is Donald Trump’s inability to judge the moral character of people that he associates with and invests power in.

CHECKS, BALANCES, AND OUR RULE OF LAW!
FISA DOCUMENTS ON CARTER PAGE-WHAT DO THEY REVEAL? THE PRESIDENT “MUST” TAKE OVER, THAT’S WHAT!
Comment