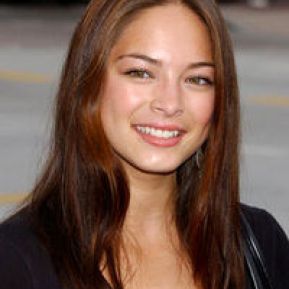 Recruiting isn’t evil in and of itself

The fact that NXIVM set itself up as an Multilevel Marketing business entails its participants to recruit because that is the only way such businesses make money. You jilted man-children are trying to conflate recruiting/referring into taking courses provided by NXIVM into being responsible for any illegal shenanigans and/or sexual misbehavior that occurred almost a decade later since Kristin took her first course in NXIVM, and it doesn’t fly no matter how many times you guys repeat it.

Girls By Design [GBD] did not need to teach NXIVM or Jness philosophy (did it?) and the fact that KK tweeted that GBD was not connected to NXIVM means nothing.

Kristin maybe-truly-honestly was just trying to empower the girls… but her membership in the cult, which was well known to all the young girls who joined GBD and idolized her, would mean that some girls would want to “be like Kristin” and consider a future in the cult.

GBD probably wasn’t recruiting girls by design into NXIVM… but with Kristin being idolized by many young girls, maybe it did anyway.

GBD had nothing to do with NXIVM!!!!

No need to speak out

She moved on and forgot about NXIVM long before any of the DOS antics went down.

Kristin is interviewed in an article in 2009 about Girls by Design and gives the age ranges for the girls that the group was open to, starting from 12-13 years old. She even mentioned that guys were welcome to take part in it. You can do a search for it on Google and find it. Girls by Design was also a failure. There was nothing nefarious about it. It failed because as Kristin made the point that there were already established companies doing a similar thing, e.g., “I Am That Girl” which she has shown her public support to.

The only reason this is even an issue now is because of click bait and what was exposed ten years after the fact. No one at the time had anything but good thoughts about Kristin’s intentions back then and it’s only due to the stupidity of Allison Mack/Keith Raniere that they are now trying to sully a person’s character with a guilt by association fallacy for reasons mired in underhanded motives.

[T]he best thing, the only thing Kreuk can do is keep a low profile and hope the story blows away.  Like the British say, “Keep Calm and Bugger On.”

Oh my goodness another article? You are obsessed!! What is your deal with KK??

You can’t stop talking about her. First you’re upset that she hasn’t said anything about her involvement and then when she does say something you’re still mad.

And why don’t we talk about your involvement with NXIVM. The people who have all the facts know all this stuff you keep posting is B.S.

Where’s the evidence that KK laundered money across the border?? You have nothing but assumptions. You take little pieces of information and then you blow them up so people will keep reading this nonsense.

And to the people who keeping bring up GBD, it was in NO WAY affiliated with NXIVM.

So what if she drove 4 hour’s a week from Vancouver to Tacoma, that’s a beautiful, peaceful and calming drive. Maybe she doesn’t like to fly so, she drives whenever she can ….  As for her “Teaching or recruiting” without a work permit or Visa, she didn’t work for Nexium, she attended and paid for self help and confidence building.

Now, I’m no expert but it really doesn’t take a genius to figure out that one part of confidence building especially for an actress in the public and media’s radar constantly that having her speak in front of people would be a FANTASTIC confidence building exercise. She was a recruiter as well because of her celebrity status, she volunteered that information. No other party (Victim or accused) has come forward and … she did more than attend seminar’s, help recruit a couple people and speak.

I do not know much at all about Kreuk’s involvement other than what I have read. I never saw her with my own eyes walking thru Knox Wood but she obviously did come to town at least occasionally. We know she attended one of the Acapella Innovations, appeared in a play for Prefect’s Birthday and she coached which means she obviously recruited.

That being said, I myself do not think she was ever in Keith’s inner circle or harem. For one, she had a busy schedule shooting Smallville, 2 she had a boyfriend which offers at least a modicum of protection from creepers (although we know that wouldn’t stop Keith from wanting to attempt to seduce her) and three I think she was actually courted by Sara Bronfman, because Sara liked having minor celebrity friends.

Knowing how NXIVM worked, any money KK may have made from coaching was pumped back in for more courses and NXVIM travel expenses. Someone once posted how expensive it was to coach an intensive. You were required to pay not only your travel expenses, but you were responsible for your own lodging and meals. NXIVM didn’t provide catering etc! This is also borne out by the fact that many of their humanities events were potluck!

Readers: Kristin Kreuk admits to cowardice and other views on the silent actress
Kristin Kreuk with Allison Mack were recruiting college students for NXIVM – and little girls too
Comment