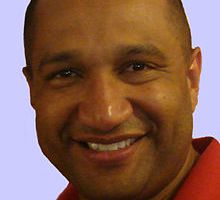 Albany County District Attorney P. David Soares is asking fellow district attorneys not to serve on a proposed commission on prosecutorial misconduct – if a law is passed creating the commission.

The bill, sponsored by Sen. John DeFrancisco, R-Syracuse, and Assemblyman Nick Perry, D-Brooklyn, has passed in both houses and awaits the governor’s signature to become law. The law would create a watchdog panel that would try to address one of America’s great modern crimes – prosecutors who recklessly, arrogantly, ruthlessly – for career gain or, in the worst case, monetary payoffs – maliciously indict, prosecute, and send innocent people to prison – often by deliberately withholding evidence of innocence.

Gov. Andrew Cuomo has until August 20 to sign or veto the legislation to create the “State Commission on Prosecutorial Misconduct”. It is proposed to be an 11-member body modeled after the State Commission on Judicial Conduct, a watchdog panel that has the power to discipline and remove judges.

The commission – which would include several DA’s – would investigate prosecutors whose misconduct is caused by their now near absolute power. The bill states “Prosecutors have an extraordinary amount of discretion regarding investigation and prosecution of charges. They have wide latitude in determining how to prosecute and whether to prosecute certain offenses against certain defendants. It is vitally important there exist in law a tribunal to oversee that discretion, to protect the rights of defendants, and make certain they are not violated. The liberties at stake in criminal prosecutions call for this level of scrutiny.”

If Cuomo signs the bill, the commission will take effect in January 2019. It would have the power to receive complaints and investigate allegations of prosecutorial misconduct.  Some observers believe Cuomo will sign the bill.

Why is this needed?

Because the old safeguard of the grand jury is all but dead in substance – and now exists only in name. Today, prosecutors have the ability to overcharge any defendant. Using grand juries as mere tools, they can indict, then coerce plea bargains.

There is no true judicial review or jury review of evidence when there are plea bargains.

Absolute power corrupts absolutely, especially within the modern prosecutorial culture where “he who has the most convictions wins” promotions and esteem among colleagues.

Today in America, prosecutors have virtually replaced judges because American grand juries do not understand their proper and traditional role [which is to protect citizens from ruthless, unfair, corrupt, and political prosecutions – as well as determine if there is probable cause for a crime].

Over time, the grand jury – peopled now mostly with reluctant citizens called unhappily to jury duty – and with no appreciation of the importance of their roles – allow prosecutors to decide what evidence they will hear and act without independence – which was the original duty of the grand jury – to be independent of the government prosecution and to, thereby, protect the citizens from false or overzealous prosecution.

Today, prosecutors have almost unlimited power to destroy people’s lives – with a mere indictment. An indictment alone is ruinous to most citizens – destroying reputation and finances with the mere accusatory instrument.

The new American justice model is for the prosecutor [with a feeble and witless grand jury] to decide who to indict [without the safeguard of an informed grand jury] and then overcharge the defendant – [that is knowingly charge the defendant for more crimes than they can prove].  The defendant will – being shattered by the indictment and its ruinous impact – more likely negotiate for a plea bargain with a lighter sentence if he or she is facing many years in prison.

The advantage to prosecutors in this system is that they rarely have to try a case – because most defendants take plea deals [97 percent in federal courts]. In effect, the prosecutor is not only the prosecutor, but the judge and jury.

And in this way, prosecutors rack up many more convictions – without the delay and time lost prepping and actually trying cases. Conviction stats are the main metric for judging prosecutors.

As an example of the kind of corruption the new panel might seek to root out, Albany DA Soares notoriously served up, or helped arrange indictments for the sex slaver cult, NXIVM’s enemies – in the cases of Joe O’Hara [twice], Toni Natalie, and John Tighe and  Barbara Bouchey. Soares allegedly had relatives who attended NXIVM classes (two sisters and a brother-in-law).

In the first criminal case he brought against O’Hara, Soares allowed a high-ranking member of the NXIVM cult to work in his office as a “Legal Intern” even though she was a high-school drop-out (Those charges were dismissed after the first hearing in the case). And in the computer trespass case against O’Hara, Natalie, Tighe and Bouchey, Soares worked hand-in-glove with Michael McDermott, his former deputy DA, who went into private practice and was working as private attorney for NXIVM when the computer trespass charges were brought (Except for Tighe – who pled guilty as part of a broader plea deal on other charges – all of those charges were also dismissed) .

During this same time when he was persecuting alleged enemies of NXIVM, Soares seemed to go out of his way to avoid investigating and suppressing any inquiry into the many allegations of criminality of the Bronfman-Raniere NXIVM sex slaver crime organization. During this same period, Soares allegedly received donations from the Bronfman-Raniere crime family that were laundered through the Working Families Party.

Soares would be a prime candidate for investigation into prosecutorial misconduct – which may be influencing his sudden concern for constitutional issues in his fight against this proposed panel’s creation.

Soares plans to assemble a “small team of prosecutors to begin preparation for litigation” to challenge the law  on constitutional grounds saying the proposed panel would violate the separation of the powers between the legislative, judicial and executive branches of state government and improperly expand the role of the judiciary.

Like all officials with absolute and unmonitored power, prosecutors claim they can police themselves and their ethics are so high [they are ethicists too] that they don’t need policing.  To hear them tell it, prosecutorial misconduct is rarely if ever a problem.

I have witnessed prosecutorial misconduct firsthand and have often wondered why the American public is not more concerned about putting innocent people in prison.  People will howl about a dog or cat being mistreated – but stand by and do nothing when study after study shows that innocent human beings are being railroaded into prison by dishonest prosecutors and coercive plea bargains.

It is astonishing also that while every American knows that all elected officials need monitoring and safeguards – in addition to the vote – because the power of official office is corrupting –  yet somehow most think that prosecutors [many of whom are appointed and cannot be voted out of office] do not need oversight.

What makes a career prosecutor more moral than an elected senator?

P. David Soares is asking all DAs in New York not to be on the commission if asked  “until the constitutionality of the bill is determined.”  He better hopes his plan succeeds.