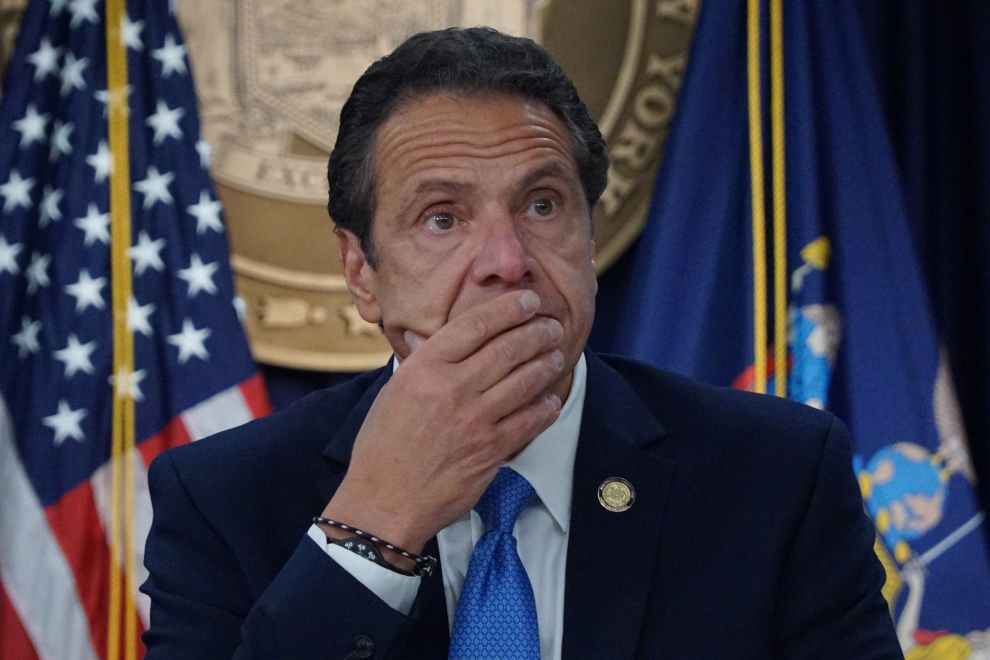 NEW YORK, NY — Governor Andrew Cuomo is quickly trying to backtrack from his comments that America “was never that great,” made as part of an awkward and ongoing attempt to rebrand himself as an anti-Trump progressive.

“I think this is just another example of Andrew Cuomo trying to figure out what a progressive sounds like and missing by a mile. The reality is that Cuomo is desperately trying to run against Donald Trump because he doesn’t have the progressive credentials to run against me,” said Cynthia Nixon. “Despite all the odds stacked against us, every generation of Americans has fought to make real the unfulfilled promise of this country: an America that belongs to all of us, not just the few.”

But this was hardly Andrew Cuomo’s only cringeworthy gaffe. Who can forget when the governor…

Joked that Jews can’t dance
“Gov. Andrew Cuomo on Sunday made fun of the “rhythm” of “our Jewish brothers and sisters” during a speech at a predominantly Black church in Harlem. Cuomo strayed onto the risky terrain of religious humor and stereotypes while thanking the congregation at Mount Neboh Baptist Church for the invitation to speak. “I want you to know as a matter of full disclosure, I am a Catholic. Catholics basically believe the same teachings that Baptists believe,” he said. “We just do it without the rhythm. But we try. We are not as without rhythm as some of our Jewish brothers and sisters.”” (New York Post, 3/25/18)

Mansplained Sexual Harassment to a Female Reporter
“Cuomo got extremely testy. He refused to name one thing that his administration will do differently to address workplace sexual harassment. Instead, he decided to explain to a female reporter—“with all due respect” of course—how sexual harassment is a “societal” problem. He also told Dewitt that her question was a “disservice to women,” adding, “with all due respect, even though you’re a woman.” Yes, really.” (Jezebel, 12/13/17)

Told a (different) female reporter ‘I Wanna See You Eat the Whole Sausage’
“Behold this cursed video in which New York Gov. Andrew Cuomo, holding court at a round table in a carpeted ballroom like some kinda Ralphie Cifaretto, instructs a female reporter to eat a whole sausage while he watches… “I wanna see you eat the whole sausage,” he groans in her direction. “I don’t know if I should eat the whole sausage in front of you, but I’m definitely gonna eat it,” she says. He then invites her to the table where she takes a selfie with Cuomo, to his observation, “There’s too much sausage in that picture.”” (Jezebel, 11/2/17)

Mocked his younger brother by making a disability joke
“Gov. Andrew Cuomo drew fire on Thursday for joking at the state Democratic convention that his younger brother, CNN anchor Chris Cuomo, has “certain development issues.” “This morning I did CNN. I have a brother. He’s not a natural brother, he’s adopted. But we treat him like he’s a natural brother,” the governor said in what was intended as good-natured ribbing during his address at Hofstra University. “It’s actually a funny story. He was found at our front door in a basket and he was 16 years old. So he has certain development issues.”” (New York Post, 5/24/18)

Suggested quarantined Ebola patients pass the time by reading his memoir
“In the midst of the Ebola outbreak in October 2014, Cuomo joked that health care workers who were under quarantine after returning from treating patients in Africa should take the time to read his memoir, “All Things Possible: Setbacks and Success in Politics and in Life.” “Twenty-one days, in your home, with your friends and your family, and you’ll be compensated,” he said. “Read a book, read my book. You don’t have to read my book, but stay home for 21 days.”” (City and State, 7/30/18)

Joked about tugging on Joe Lhota’s anatomy
“Gov. Andrew Cuomo made a cringe-worthy joke — or perhaps a startling confession — Thursday when explaining how he lured MTA chairman Joe Lhota back to the transit agency. “We tugged on his heartstrings — and some other parts of his anatomy,” Cuomo quipped at an ABNY breakfast.” (New York Post, 4/5/18)