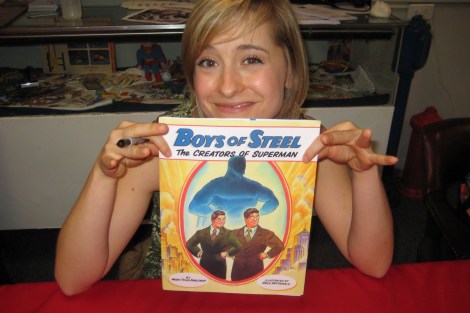 In an episode of Smallville, Allison Mack’s character, Chloe Sullivan, admits in a letter that she has feelings of more than mere friendship for Clark Kent [Superman].

It was season 2.  Faced with the prospect of losing Clark, Chole wrote down her feelings about him.

She visited Clark at home and sat with him while he slept. She read the letter to a sleeping Clark, but he murmured Lana Lang’s name [played by actress Kristin Kreuk] in his sleep.

In tears, Chloe did not say goodbye and left before Clark woke up. Later, Chloe threw the letter into the wastebasket, where it was picked up and read by Lana.

I want to let you in on a secret, Clark. I’m not who you think I am. In fact, my disguise is so thin, I’m surprised you haven’t seen right through me. I’m the girl of your dreams masquerading as your best friend. Sometimes I want to rip off this façade like I did at the Spring Formal, but I can’t because you’ll get scared and you’ll run away again. So I decided that it’s better to live with the lie than expose my true feelings. My dad told me there are two types of girls: the ones you grow out of, and the ones you grow into. I really hope I’m the latter. I may not be the one you love today, but I’ll let you go for now, hoping one day you’ll fly back to me. Because I think you’re worth the wait. 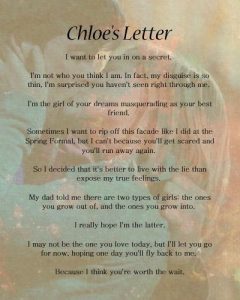 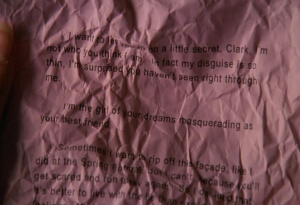 Ironically, Allison Mack also wrote a similar letter to Keith Alan Raniere [Vanguard]. For years, she was a faithful follower of NXIVM and did all that her Vanguard told her. But he always preferred Kristin Kreuk and used Allison to support Kristin’s recruitment efforts to bring young women into NXIVM.

One day, quite possibly when Kristin was being less attentive to her Vanguard – he – much like he did when he bit the bullet and had sex with Clare Bronfman [when Sara Bronfman got married] – Vanguard – realizing he needed to keep at least one actress TV star close by – probably mind fucked her into thinking it was her idea to start having sex.

But not so fast.

While Superman evidently never responded in writing with amorous intent regarding Chloe, Vanguard did reply to Allison’s email.

A source has seen hers and his actual emails – now in possession of the FBI.

Vanguard wrote that he would consider entering a love and sex relationship with Allison – as she requested – provided she gave him collateral – to protect the dear man from betrayal – something he said happened to him in the past by such as Barbara Bouchey and Toni Natalie – and it nearly killed him, so loving and spiritually connected was he to them.

Raniere told Mack that, in order for her to be his lover, she must be his slave and the “collateral” must ensure she would obey whatever he told her.

According to FBI Special Agent Lever, on August 10, 2015, Allison Mack sent an email to Raniere with the subject titled “vow 3” and included an attached letter.  In the letter, Mack used the terms “slave” and ”master” to refer to herself and Raniere.

The letter pledged Mack’s “full and complete life” to Raniere.

The letter also identified “collateral” to “cement” this vow made by Mack to Raniere.

Mack’s collateral was described as:

(2) a contract that transferred custody of any children birthed by Mack to Raniere, if Mack broke her commitment to Raniere

Mack was willing to destroy hers, her parents’ and nephews’ lives to serve her superman, Keith Alan Raniere – now sitting in a federal prison in Brooklyn because he was denied bail.

Mack essentially started the method of collateral collection for Vanguard – beginning with herself and, at his direction, she introduced it to other women – often deceiving them that DOS was a woman’s only group.

Allison went from girlfriend to being a ‘fuck toy slave’. She recruited other fuck toy slaves for her Super Man – all of them providing damning collateral.

It worked out a little better in Smallville.

Somehow, the letter remained in Chloe’s possession [as opposed to the FBI’s possession] and she finally admitted to Clark that she wrote it for him and he found out she really loved him.

He does not ask for collateral. But then again, he is a superhero – and not anything mean and cruel like a Vanguard.