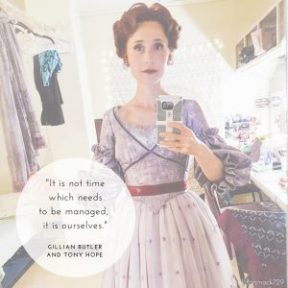 Sarah Berman is a senior editor at VICE Canada and is working on a book about the NXIVM sex trafficking trial with Penguin Canada.  Sarah took investigative journalism a step further and went on the Raniere-DOS 800 calorie diet for a week.

She has some great insights.  Read the full story by Sarah in Vice

Here are some excerpts —

” I would be eating 800 calories or less for the next seven days. … I wanted to try restricting my diet like Allison Mack and the other members of NXIVM’s secret women-branding sorority….

“Sarah Edmondson…  described the extremely restrictive diets women in NXIVM’s inner circle adhered to as an apparent way to build character and discipline. …  The women were required to dutifully record everything they ate, and cheating beyond 800 calories per day was punishable….

“Followers ate a lot of green vegetables and no meat… But the math of staying under 800 per day also meant cutting out most carbs, fats, and dairy, and taking in a lot less protein than recommended….

“…Ali Eberhardt, a registered dietitian working with government eating disorder programs … told me that 800 calories a day was low enough that basic survival mechanisms would start to kick in. ‘When someone restricts their carbohydrate intake, that essentially is restricting their glucose, and glucose is the only fuel for our brain,’ she said. It would be several hours before my own mental fog officially kicked in….

“A former roommate of Allison Mack had told me squash was one of Mack’s favourite ways to feel full—a low-calorie vegetable dressed up as pasta….

“I tried blending cucumbers and spinach ….  I made salads with tomatoes and artichokes, or soups with tomatoes and cucumbers, or I sauteed the artichokes with mushrooms and zucchini. For a dinner I would braise cabbage with carrots, green beans and cauliflower. I baked and seasoned all the varieties of squash because they really were filling, and I straight-up ate sauerkraut out of the jar after reading how few calories were in it. I also counted up to ten nuts as a daily snack.

“By the second day I could see it was affecting my mood—I snapped at a colleague …  and complained about a 6 AM text that woke me up. But on the inside, I can admit to feeling this virtuous, almost enlightened sensation. Maybe I was just interpreting the brain fog as a moment of zen….

“As my (increasingly annoying) diet kicked into day four, my thoughts were spinning in all directions. One moment I was thinking about the culty camaraderie that came with enduring the same challenge, and the next I was worrying … that long term my hair could fall out, my periods could stop, and my organs could be permanently damaged. I didn’t feel as physically hungry as I thought I should….

“I didn’t perceive the same ‘brain fog’ I had on day one. It was probably there, I thought, but I couldn’t recall the sensation of a clearly-thinking brain to compare….

“By the fifth day I had developed some rationing habits. If I was happy with the taste of something I made, I would be sure to save half or more for a future meal. I liked knowing that I had incremental options ahead of me. I was tired of eating cucumbers and carrots…..

“I knew that the secret sorority inside NXIVM didn’t think they were in a ‘place of survival’—quite the opposite, they thought they were fulfilling their dreams. … I decided to bust out some old jeans that were a size too small on me. They slid on without hassle…. I checked out my butt in the mirror as a sugar rush of endorphins surged through my brain—or was that just lightheadedness from standing? I couldn’t be sure….

“By this time my limbs had started to feel heavier than usual. I took my time riding my bike, and waited an extra beat before adding to a conversation….

“While it was only seven days, eating like this gave me a taste of the NXIVM identity. Meals undeniably shape our society, and who we eat with naturally becomes our community and support system. When you choose a diet so far outside the norm that you don’t want your own family to look too closely, that’s a wedge that only grows with time and discomfort. It’s easier for someone who believes they’re on a moral high ground to ignore warnings and surround themselves with the people who agree with them….

“I found it very difficult to concentrate on anything for more than an hour without my brain circling back to food. But I think it was the meaning and belief they put behind it that ultimately isolated them from the world. Because no amount of nutritional information can argue with moral righteousness.”

This is an eye opening story. One has to wonder – did Vanguard deliberately place these women on low calorie diets to keep them confused and easily manipulated?

It may be that “fat disturbed” his spiritual energies, as he claimed to some – and that he seems to prefer very skinny women to satisfy his sexual appetites  – but his main job in life was to keep his harem managed and enslaved.

Is it possible he cared nothing for these women? That he knew this diet was ruinous for their health – but cared nothing about them?  That he only wanted them under his control – and a low protein, low fat, low calorie diet that is conducive to brain fog – and premature aging – was the best way to do that? The best way for him to do the thinking for them. And the whole time make them think they were morally superior by following this restrictive, character building diet.

He would use them when they were young – steal their youth – and then, when they became haggard and old before their time, he would discard them sexually and insist they recruit younger women. Because they had nothing else in life, they stayed with him and served him. Or died young.

The women are not blameless for the array of crimes they committed for him – but in light of what he did to them – and this insane diet – they may be judged slightly less guilty than him for the same crimes.

It is ironic that only Raniere is in jail, and the women are free on bail or home detention.

Cruel Clare Bronfman, who for years lived on this unhealthy and brain-clouding diet, might be partially judged by this fact. She is dangerous and deadly – because of her wealth and willingness to destroy at his command. But if she had eaten well – she might have avoided the stupid financial and computer crimes she is now charged with.

It is striking to consider – Keith Alan Raniere destroyed many people’s lives and those closest to him, who aided and abetted him, were food-deprived while they did his bidding – while the Vanguard ate whatever he liked – because he was beyond the need, he said, for such character building restrictive dieting.

This tells us all we need to know about him.

Stinking criminal that he is.

Click here to post a comment
Some brilliant NXIVM artwork by mk10art
Kathy Russell gets another, second lawyer – bringing total NXIVM lawyers up to 21 and counting —