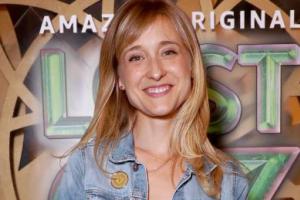 It’s official. Judge Nicholas Giraufis  has approved the requested home detention modifications for Allison Mack.
Here is the official signed order.
https://frankreport.com/wp-content/uploads/2018/08/2018-08-17-Order-Approval-Modification-Of-Allison-Macks-Bail-Order.pdf
Last week, Mack requested a modification of the conditions of her home detention to permit her to leave her residence for employment, religious services (once per week); and schooling.
Mack was arrested on April 20, at her Brooklyn apartment by FBI agents. Following her arrest Mack was released on a $5 million personal recognizance bond secured by real property with a combined estimated market value of $1.7 million, including her parents’ residence in California, and a lien on Mack’s retirement account valued at $585,000.
Mack will still be required to wear an ankle monitor. And she cannot travel outside the Central District of California (where her parents reside), the Eastern District of New York, and the Southern District of New York without permission of the court.
She also may not have contact—outside the presence of her attorneys—with co-defendants, alleged co-conspirators, or any
individual currently or formerly employed by or associated with Nxivm or any affiliated entity.
She may not use a computer and go on the Internet with the exception of a device, approved and monitored by Pretrial Services, to communicate with her lawyers, Pretrial Services, and a treatment provider, or anyone else with prior approval from Pretrial Services and the government.
She can make and receive calls to and from phone numbers agreed to by her lawyers and the government on a cell phone monitored by Pretrial Services.   Prior to her arrest, Mack had no criminal history.
In arguing for her right to work, volunteer, go to school and church, her lawyers wrote, that “while the instant charges have deprived her of pursuing her acting career, Ms. Mack nevertheless is interested in contributing to society. In that regard, Ms. Mack has contacted her Pretrial Services Officer to express her interest in obtaining employment, volunteering in her community, and
attending classes and religious services while she waits for the opportunity to defend herself and clear her name at trial…..
“The proposed modifications will allow Ms. Mack to contribute to society and her own self betterment while she awaits the resolution of the criminal charges. They will permit her to explore employment opportunities, pursue further education, and attend religious services. These activities not only will allow Ms. Mack to use her time productively while awaiting trial, but will also assist her reintegration into society if she is vindicated of the charges or even in the unlikely event that she is convicted after trial.”
Frank Report correctly predicted that because both Pretrial Services and the prosecution consented to the proposed
amendments to her home detention, it was likely to be approved by Judge Nicholas Girafuafis.
It was approved and Mack can now seek employment, school and a church suitable to her tastes and opportunities.
If she obtains employment, she is required to provide Pretrial Services with her work schedule as well as copies of paychecks or pay stubs. If she enrolls in a class or classes, she is to provide Pretrial Services with proof of enrollment and her class schedule.