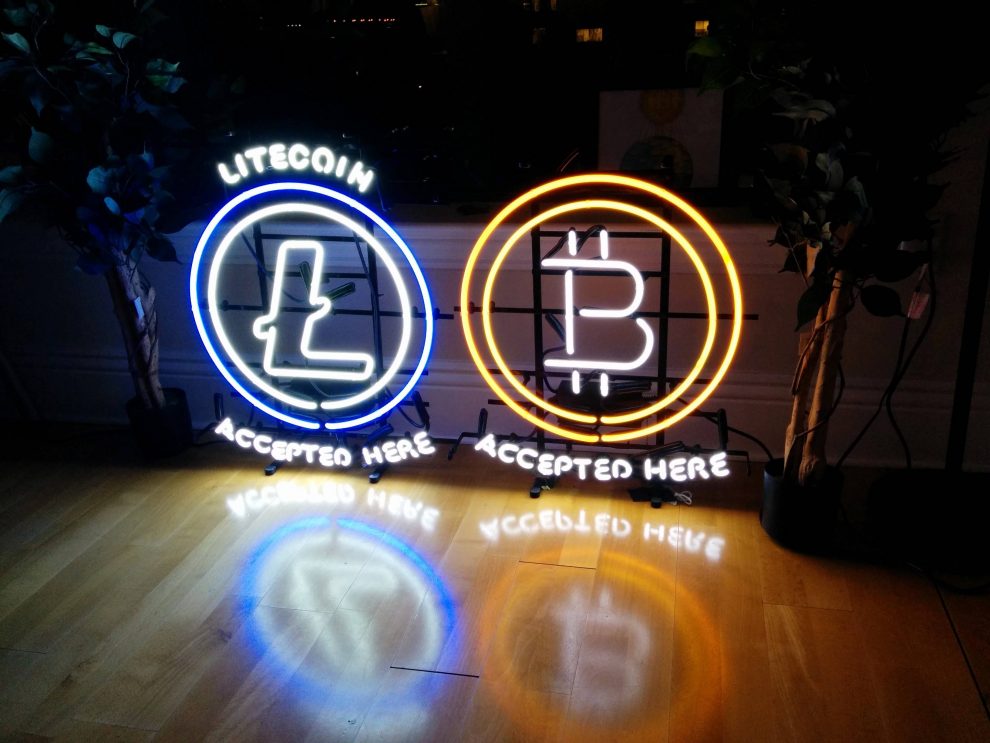 Lynx Art Collection, an online art retailer, recently announced that its sales have increased by up to four times since its site began accepting cryptocurrency payments.

The hype following virtual currencies has not waned since the value of most of them skyrocketed in late 2017. Bitcoin, the pioneer coin saw price values that exceeded $19,000 within that period and other coins like Ethereum saw significant increases as well. After the peak, attention was drawn to the industry as investors continued to troop in. This caused a shift in the way cryptocurrencies were previously seen — as a store of value — to a new way to solve several real-world problems.

The shift led to the adoption of these virtual currencies for application in several industries from finance, real estate and education to data privacy, shipping, and even works of art. The number of problem-facing startups using solutions based on blockchain, the underpinning technology of most cryptocurrencies has significantly increased. Although cryptocurrency remains extremely volatile, this hasn’t stopped users from trading and using it as a store of value to purchase items.

When the topic of digital assets is brought up, fine art isn’t exactly what comes to mind. However, the potential application of blockchain technology within the industry can solve several currently-existing problems with provenance, crowd ownership, investment and ease of payment.

To date, several companies melding cryptocurrency with art have emerged. While Lynx Art doesn’t necessarily use blockchain technology to solve a problem, the site allows users with crypto assets to pay for an amazing art piece easily in a way that is traceable and fast. Apart from allowing cryptocurrency users to pay more conveniently, the platform has also accepted artists who offer crypto-related art. 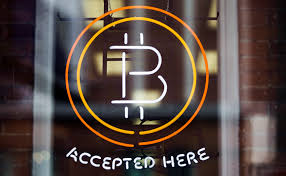 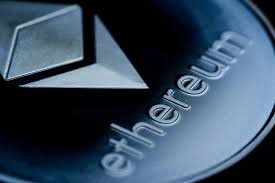 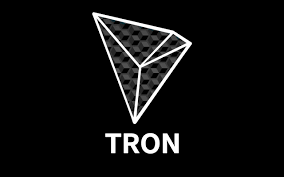 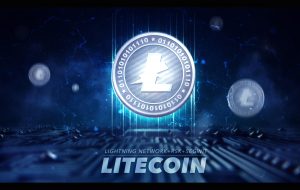 Lynx Art Collection is an online art gallery that has created a lot of buzz since its inception for its viral artwork, acceptance of popular cryptocurrencies like Bitcoin and Ethereum and its showing of crypto-related artwork. The popular online gallery was created in 2012 when its creators designed a poster that went viral online. Since then, the company has broadened its reach and artist base to create incredible art that lights up any room and sparks conversation. The name ‘LYNX’ represents the ‘Link’ between users and the artwork offered on the platform as well as the emotional ties that those users may have to them.

Lynx Art has formed partnerships with Art.com, the Discovery Channel, Touch of Modern, Space.com, and continues to expand. The brand became even more popular in 2018 when they started accepting Bitcoin as a means of payment. Ethereum shortly followed and the company now accepts Litecoin as well. The latest coin added to the fold is Tron, a popular and equally controversial coin.

The announcement was made via a Reddit post by ‘Frankreddit5’ which read: “I’m happy to announce that we are now accepting TRON as a form of payment for all of our artwork from crypto, space, and science! At checkout choose ‘coinpayments’ and then Tron on the next page!”

Although Tron may not seem like an obvious choice compared to Ripple and Bitcoin Cash, it’s not difficult to see why it was chosen. Tron is a blockchain project which functions as a content distribution platform for members of the digital entertainment industry. The currency is now gaining popularity and increased mainstream adoption due to its industry-wide acceptance as a means of payment for art streams. A piece of art known as the Tron Quantum artwork is currently sold out on the Lynx Art Collection site.

Apart from its use as a payment method, Tron is liked by a lot of cryptocurrency users for several personal reasons. The platform recently celebrated its one year anniversary with the release of a Tron Chrome Extension and the TRON virtual machine (TVM). The platform also announced its partnership with Bittorrent, a popular peer-based file sharing platform.

According to Tron, there is another secret announcement coming up which stays undisclosed. Tron has a current price value of $0.018, a market cap of $1,214,944,721 USD and is the eleventh largest cryptocurrency. All these factors have contributed to making the coin a favorite amongst crypto users.

A recent Reddit post by the company highlighted the fact that the addition of cryptocurrency payment methods to their site caused an increase in sales. The post by cryptocurrency subreddit user, Frankreddit5, announced that sales have in fact increased by 427%.

“I just wanted to take a moment to give a sincere thank you to this community. We began business in 2012 but did not begin accepting Bitcoin as a form of payment until early 2018.” The user commented.

He did not provide any additional details but still managed to cause a stir on the platform. In addition to Bitcoin, Ethereum, Litecoin, and Tron, Lynx Art Collection also accepts Monero and Nano.

The wide selection of crypto-related art on the platform spans across NEO, ARK and even Qtum, ensuring that every user finds at least one thing they like. The artworks embody everyday humor within the cryptocurrency industry including one known as “FAILED PREDICTIONS OF TECHNOLOGY” and a Nocoiner metal panel. The pieces are reminiscent of day-to-day trading and the woes as well as joys faced by the average cryptocurrency investor. They are relatable and include concepts that are discussed in normal conversation within the industry. 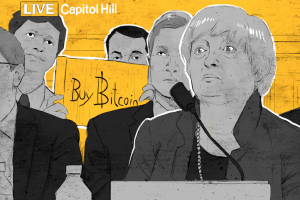 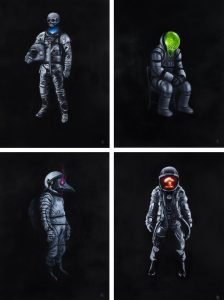 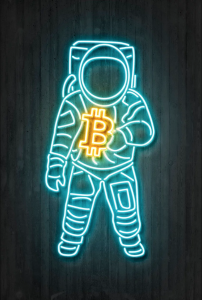 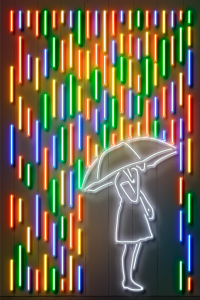 The use of technology is not new in the art industry, and one significant example is the array of various digital drawing pads to create digital paintings. 3D printed sculptures and Cloudpainter, a robot that creates paintings with the use of Artificial Intelligence (AI) are some other good examples.

According to Christiane Paul, director of the Sheila C. Johnson Design Center at the New School’s Parsons School of Design in New York in a Bloomberg interview, artists have been engaging with the newest technology for a long time. Paul also stresses the importance of this as a way for artists to participate in the evolution of culture and technology.

As far as new technology is concerned, blockchain is somewhere at the top of the list. The art industry has seen notable applications of this technology mostly in the form of payment methods. One example is Maecenas, an online art investment platform that allows users to partly own a piece of work, along with other owners, like owning stock in a company.

SHA256 gallery is another online art gallery that accepts cryptocurrency payments. Another example of blockchain application within the art industry is Scarab, a program that uses artificial intelligence and smart contracts to create an artwork using submissions from various artists on the Ethereum blockchain. There are also collectibles like Cryptokitties that bring a new type of value to traditional collectibles art.

Cryptocurrency is slowly becoming a normal addition to the art industry. According to Frank McKeever, co-founder of Lynx Art, so many people within the space were looking for new and exciting things to spend their money on. Cryptocurrency payment and crypto-related art provide an edge that has never been seen before. Due to this as well as the buzz surrounding the technology, several people have spent a lot of money just to get their hands on such art. Some art pieces have sold for less than $50 while some cost more than $100,000. There are many more implications of this technology, and as time goes on, the art industry may find newer and more creative ways to apply it.

Court approves Allison Mack’s request to get a job, go to school and church
How to Talk with Social Security about Enrolling in Medicare
Comment