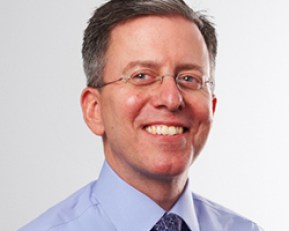 Kathy Russell’s attorney, Justine Harris, of the NYC law firm of Sher Tremonte, has written to DOJ prosecutors Moira Kim Penza,
Tanya Hajjar and Karin K. Orenstein, to inform them that her senior law partner, Michael Tremonte once clerked for Judge Nicholas G. Garaufis in 2000-2001 and “has a close personal relationship with the judge.”

Harris wrote. “To address any potential concerns as to bias, we are screening Mr. Tremonte from any involvement in the above-referenced case, including taking steps to ensure that he does not have access to any files or confidential information relating to this matter and does not participate in any substantive discussions relating to our representation of Kathy Russell.

It is not uncommon in the legal community for lawyers to be friends with judges. Harris’ proposal is standard: Tremonte is not be involved in any official capacity in the Russell case.

Whether there is any unofficial communications is always hard to say, for lawyer and judges talk. But typically the fact that a lawyer and a judge are very good friends is usually not grounds for a defendant not to be able to retain the law firm.

In fact, many defendants seek such lawyers who have such friendships and hope to use them to their advantage.

Similarly many lawyers without directly mentioning it flaunt their relationships with judges. In fairness – many prosecutors are close to judge’s also. This is because many judges were former prosecutors and their former colleagues and friends are prosecuting cases before them all the time.

This has given rise to the adage, “It is good to know the law. But it is better to know the judge.”

Since Kathy Russell is the lowest level NXIVM member charged to date, it strikes me as not a calculating or sinister move that someone [likely Bronfman] selected Sher Tremonte and is paying for her lawyers – or that one of the senior partners of the firm is close to the judge trying the case.

If Sher Tremonte were Raniere’s or Clare Bronfman’s lawyers, I would have some cause for concern. That is not to cast an adverse reflection on Sher Tremonte, but only to suggest that with Bronfman millions and the current state of the American money-driven prison industry-friendly legal system – that [like in most countries] anything [but justice] could happen.

It is naive to believe otherwise and shows a colossal ignorance of human nature.

As it stands, however, Kathy Russell is a mere pawn in this case – a woman that Bronfman-Raniere would willingly sacrifice as “fall girl.” For the prosecution, she is known to be low level – and was charged perhaps because she knows a lot and might flip and also because she was low hanging fruit. She was the stupid one who signed all kinds of document [part of Keith’s plan].

The woman who ordered her to do the signing – her manager – was Karen Unterreiner who has not yet been charged. If Kathy is guilty Karen is a thousand times more so.

The hand of Sara Bronfman-Igtet and Clare Bronfman are seemingly behind the bail and paying for Russell’s attorneys.

That is a conflict that might be more serious than a judge’s friendship with the top partner in the law firm representing Russell.

Click here to post a comment
Bronfman lawyers claim she met financial conditions of $100 million bond – but no mention of her Los Angeles real estate!
Judge approves- Nancy Salzman can talk to Michelle and Ben Myers