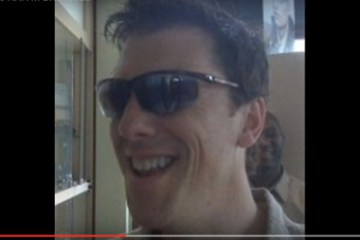 I came to Los Angeles, in January 2008, to investigate the Precision Development project that Clare and Sara Bronfman had invested $26 million into – but had nothing in their name to show for it.

Jim Del Negro came from Albany to help and shared a house on Winnetka Drive in Woodland Hills, with my two assistants, Lou Avino and Will Diamond.  I lived across the street in another rented house, with my assistant, Chitra.

I soon gained control of the Los Angeles properties but not without a fight – in and out of court.

Lou and Will helped secure the properties and the law firm of Latham and Watkins – and an attorney I selected from the firm – named Bob Crockett – helped with the legal part of it.

As we prepared to fix the properties, Will  – realizing we were going to be in Los Angeles for a time – decided to bring his girlfriend,  the mother of his baby – a 19 year old girl named Rose  – from their home in Las Vegas, along with the baby, of course.

Rose was a slender, long haired Filipino girl. She was about 5 foot tall, 100 pounds.

Lou, Will, Rose, the baby, and Jim shared the spacious four bedroom house on Winnetka.

Jim soon saw that Rose was a candidate for NXIVM teachings. He told the young woman he had been taught by the world’s smartest and most ethical man.

She asked “What ethical?”

Jim explained that it was to be always consistent in your actions and words.

Jim offered to make Rose as ethical as he was. He said he would personally train her and that, later, she could come to Albany and learn from Prefect and maybe one day meet Vanguard.  The smartest man in the world.

While Lou, Will and I worked to secure properties and get construction teams ready, Jim usually stayed behind at the house to do paperwork and, in his spare time, teach Rose the technology he learned from Vanguard.

Jim spent an awful lot of time teaching ethics to Will’s girlfriend – often with her babe in her arms.

But we were busy. If Jim offered to teach Rose ethics – he could practice being mini-Vanguard – it would keep him occupied and she seemed amused.  It seemed harmless enough.

Besides Jim was all but useless for work. His main role seems to have been to report to Vanguard on my progress.

As for work — while Jim might momentarily appear smart, he had attention deficit disorder. He seemed to forget everything or anything at any time. I felt sorry for the lad.  I was inclined to think the NXIVM intensives had left him feeble-minded.

Despite being one of the top teachers of Executive Success Programs, he was broke, living paycheck to paycheck. He drank an awful lot of liquor.

When we went out to confront some guys who were trying to occupy the properties, and take over the equipment, at a time when title to the properties was still uncertain, we left Jim behind, because we had to punk these guys.  Despite his size – Jim was about 6’3 and 225 pounds – he was not someone we wanted in case of trouble. In fact, he would be more likely to accidentally encourage it than be helpful in ending it.

Will was an old fashioned, smooth talking tough, and Lou – at least in the past – was a hooligan. He said little, but one could see that at any moment, he might do something extreme. In fact, Lou had just got out of prison, his sentence arising out of a confrontation with a much larger man. Lou sizing up the man quickly, without hesitation, took out his pistol and shot him, thus ending the fight.

These two looked formidable. But if we brought Jimmy Del Negro, it would undo the whole effect. The punks would look past us and see Jim’s doofus grin and probably break out laughing.

Still, despite his defects, and his pretensions of being a great ethicist who possessed the wisdom of a Vanguard – a laughable thing – Jim was part of our team, part of the family.

One night, Will and I went to check properties. Lou went to sleep early.

After we were gone for a time, Rose called Will to ask, ‘when you coming home?’

Will said in about two hours.

Shortly after, Chitra happened to come to their house to borrow sugar. Rose answered the door in a negligee. She left Chitra waiting outside.  When she opened the door the second time to give Chitra the sugar, Chitra happened to see into the living room. The lights were low but she saw Jim sitting on the couch in his underwear.

Chitra thought this strange. But, then again, Jim usually got drunk at night. Perhaps he was too intoxicated to make it to his bedroom.

Besides, it couldn’t be anything dishonest. Rose had a little baby. She was with Will – they were a couple. Jim was always spouting about his ethics. And Jim and Will were friends too. Chitra thought little of it and forgot to mention it to me.

As we continued to look at properties that night, spread all over Los Angeles County, Rose called again and again, asking Will,  “when you coming home?”

And Will would say in an hour, or 30 minutes, as the case might be.

When we got home, the lights were out and Jim was in his bedroom and Rose in hers with the baby.

So life went on and we finally got control of the properties.

Then, one day Jim moved out – without telling us.  We were so busy we did not even notice nor did we care that he was gone. He called later to say he moved in with a friend.

Then, one night Will found Rose texting. He looked at her phone and found she was texting sexual love messages to Jim.

Will was upset and wanted to confront Jim – which might have ended badly for Jim – but Jim had moved out and I realized – thankfully for Jim –  he had neglected to leave me his new address.

I called Jim and asked whether he had an affair with Rose.

He lied and said no.

Jim broke down and said – true NXIVM man that he was – he blamed it on the 19 year old girl – he said, “It wasn’t my fault. She really sort of raped me. I was lying in bed and she came into my room and jumped on top of me and sort of pinned me down and in a way she made me have sex. I really didn’t want to.”

He said, “There is more than one kind a way a women can rape or sexually assault or harass. I only had – was forced to have sex with her – only twice. The other time I was in the bathroom getting ready and she just came in – I forgot to lock the door and she barged in and took my clothes off and forced me right there to have sex  – in the bathroom. What could I do? If I made any noise Will would a heard it. I had to. I had no choice. That’s why I left and got another place.”

Rose told a somewhat opposite story, She said Jim kept insisting on teaching her ethics and he would touch her – making points and slowly seduced her and promised he would marry her and they would have a baby – an ‘avatar’ baby. He kept pressing and pressing and promising to make her part and their child part of a noble mission.

Still, at times his actions seemed to border on sexual assault and potentially rape, as she described it.  But in the end, she admitted, it was consensual.

Jim went on to become the leader of Keith Raniere’s men’s group called the Society of Protectors.

But, at the time, I asked Jim if he wanted to explain to Will in person what happened. I said I would mediate and make sure nothing happened to him. He said no, quickly. Besides he said, he left Los Angeles.
Where? I asked.
“I can’t tell you. But I’m out of the area, — er – ah – out of the country-and I can’t be reached by Will. My phone is  about to be shut off.  When is he going back to Las Vegas?”
I said, “He’s already back in Vegas.”
“Really?,’ he said, then took a deep breath.
That was the last time I spoke with Jim Del Negro – leader of the men of NXIVM.
In retrospect, he was most ethical – if consistency is its definition. He was a thorough coward and liar throughout – just like his teacher – never deviating from those two distinguishing characteristics and punctuated with inordinate stupidity.
Viva Executive Success!

Click here to post a comment
Various news, items, tidbits and thoughts from correspondents on the topic of NXIVM
Bronfman lawyer, saying her client is innocent, will make second request on freeing Legatus from home detention – in 60 days