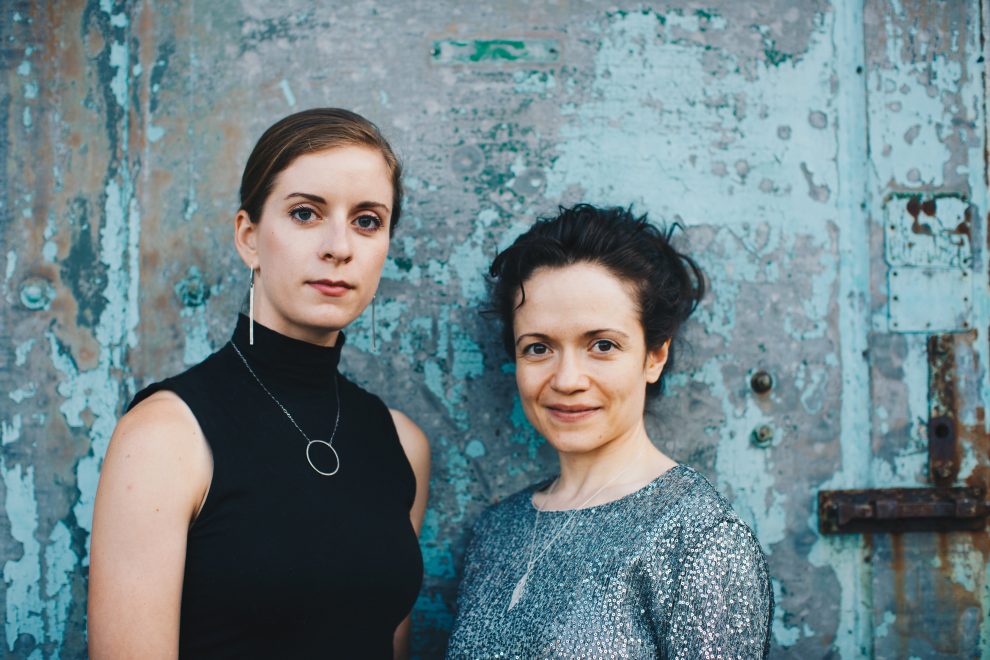 One of the genuine musical highlights of the past two summer seasons has been the unique performances of the talented duo Senso di Voce at Silo City. Vocalist Esin Gunduz and oboist/English horn player, Megan Kyle, the artists who make up Senso di Voce, will return to Marine “A” Elevator in Silo City for a single performance on Saturday August 25 at 7:00pm in a program they are calling “As Above, So Below”.

The program connects early music across geographical regions with contemporary sonorities. The Senso di Voce duo has crafted an immersive, site-specific concert experience that dialogues with the extraordinary sonic and architectural spaces inside the monumental silos.

“The theme of this year’s concert is ‘As Above, So Below,’ says Megan Kyle, “with an emphasis on music that describes celestial bodies and astronomical phenomena. From an ancient Greek song responding to a solar eclipse, to a plainchant honoring the morning star, to religious pieces glorifying heaven’s abundance, these works showcase humanity’s fascination with the sky, both sacred and secular. The maxim ‘As Above, So Below’ invokes the Hermetic tradition, in which investigation into the nature of the universe was both scientific and religious, with alchemy, astronomy, and theurgy intertwined. According to this tradition, music was thought of as a reflection of the heavens, and the phenomena of acoustics were as important as the aesthetics of melody. Taking these ideas as inspiration, we thoroughly investigate the acoustic properties of the music we perform and the spaces where we perform, as well as the interactions between vocal and instrumental vibrations and timbres. We bridge the sacred and the secular realms, ancient and modern, with a program of music that ‘looks up’ to the cosmos from within the post-industrial cathedral of Silo City”. 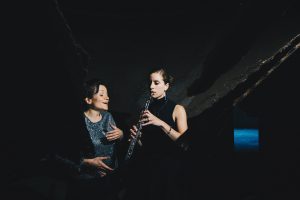 Senso di Voce explores relationships in the early music of varied, but historically linked geographical regions, as well as the connection between these sonic worlds and contemporary musical sounds and spaces. The composed pieces performed on the concert are linked with structured improvisations, while the acoustic properties of the silos themselves act as a third instrument. The duo moves through the space throughout the performance, finding different reflective positions in the venue and forming ever-changing antiphonal relationships. The result is an immersive musical and spatial experience that illuminates and recontextualizes the spiritual and meditative repertoire performed. A question and answer session will follow the performance.

Tickets available online by credit card at sensodivoce.brownpapertickets.com and for cash at the door. $5-$15 sliding scale

Further information about Senso di Voce can be found at sensodivoce.wordpress.com.