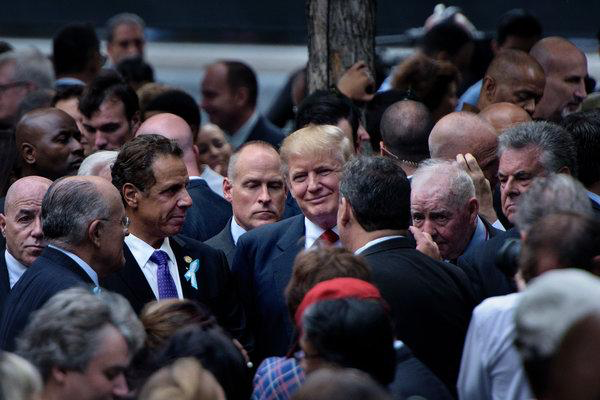 NEW YORK, NY — In a bombshell story just published, the New York Times today details the long, “genuine” affection that Andrew Cuomo and Donald Trump long shared, centering around women, money and power. While Cuomo has attempted to run his primary campaign against Cynthia Nixon as if he were running instead against Donald Trump, the two men’s relationship is quite different from how Cuomo has sought to portray it to New York voters.

“When you think about it, it’s not surprising that two guys who surround themselves with corrupt convicts, try to silence investigations and reporters that dare question them, and owe their fame and power to their dads, would get along so well,” Cynthia spokeswoman Lauren Hitt said. “It’s just sad and disappointing that Andrew Cuomo would lie to New Yorkers about it.”

Cynthia Nixon has repeatedly called on Governor Cuomo to return the $64,000 in donations that he has received from Donald Trump. He has continued to refuse to do so.

This report is provided by Cynthia For New York