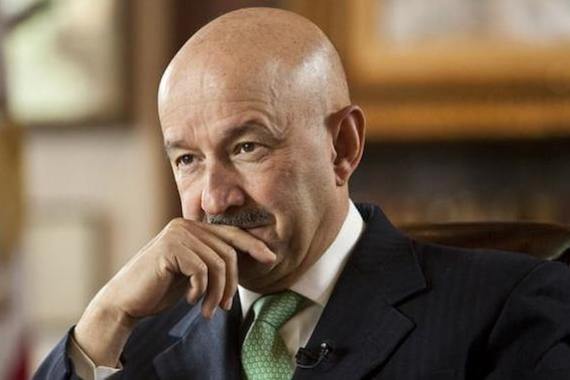 In the last few days, I received a number of emails and calls from several strangers ostensibly seeking to learn about NXIVM and wanting to know when I would be back in Western New York.  They might be honest actors who want genuine information about NXIVM and are just curious about my whereabouts.

I also have received a message [below] from a person who was once connected to NXIVM [not as a member] and witnessed criminal activities.

This person seems to think that my stories about Carlos Salinas, and his son, Emiliano, – and their potential connection to the drug cartels and the assistance in America that they might be receiving by certain members of the so-called Arizona Mafia – might lead me past a point of no return.

Others have said the same thing and it is a fact that Jeff Peterson, a former member of the Arizona Mafia, and a well known businessman, believes his life is in danger, has publicly stated it, and says he is in hiding because Carlos Salinas may attempt to assassinate him.

if any of this is true – and not paranoia or exaggerated conspiracy theories – then these folks in Mexico [and maybe Arizona] might kill those they perceive as a threat – and some people think I could be considered a threat.

I am not in a position to judge such things. I simply plan to continue to be a journalist uncovering that which is of interest to me.  At this point, I really do not think I am in any danger, but there is no harm in accurately reporting warnings and threats – if, for no other reason than these things are part of the elements of investigative reporting.  Being threatened and warned is part of this  endeavor.

In Mexico, it is a fact – journalists die.  Whether it is true in the US is another matter.

Here is the warning I got today. The images below were also sent by the same individual.

I would seriously think about writing an article. Just to maybe appease and suppress. Saying that you will no longer be writing things against anyone or any group other then the NXIVM top ranking members.  And embellish it. Perhaps even making an apology.  And saying that you got astray from your initial goal of destroying the people who tried to destroy you. And will continue in the future to not get involved in other issues that might be linked but not directly from the top members of NXIVM.

You know how to word it. Please listen to me. And then they would have the last LAUGH.

I would also relocate to a different location. And have that location totally private. With no links to you. You can turn utilities on in someone else’s name. And rent it out in another’s name. Yes, you are the winner. But that could easily be switched. And you become a victim. We’re talking a group who don’t CARE if you live or die.

Also lose your phone. As it can easily be tracked. Only call anyone with the number being blocked EVERY TIME.  Protect your self. It’s nothing for the cartels to put a hit on you. Please do this. I’m looking out for you. It’s time maybe to move to [redacted]. Get a nice crib. Not in your name.  And burner phone.  Please LISTEN.

They are affiliated with the Guzman cartel. He’s in jail. But still runs everything. Where they just found 200 tons of meth. They would THINK of nothing. Put someone in charge of your security.  And become invisible. Every detail. With fake addresses in Cali.  Your home and utilities.

Plus even NXIVM could put a hit on u. I wouldn’t put it past them . They’re nuts. And the members are furious. Don’t go back to your house again. Better to be safe then sorry. Take precautions.  Don’t let your balls blind u. 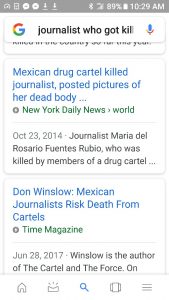 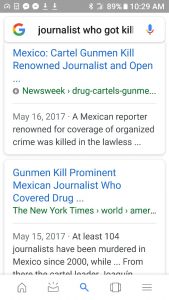 To answer the above warning – my response is: I will keep my present phone etc. and remain easy to find. I answer my phone and it is published on this website [716-990-5740].

I will also likely be in Western New York soon and if anyone wants to find me before that, it will not be too difficult.  I am also a generally welcoming guy to strangers, but should someone desire ill of me, they may get a venomous reception.

As for Keith Raniere, if he ever had wanted to do so, he missed his chance to do me bodily harm. As I have pointed out to those who wonder why he hasn’t done something violent to me –  he should have done this well before the New York Times story came out.  He was depending on the Department of Justice, Western District of New York, to put me away. To do his work for him. Sadly for him, their case fell apart.

Now he is in lockup, and while he may wish me dead, it might be difficult for him to execute it now.

As for Carlos Salinas – with his son under intense investigation by the DOJ Eastern District – a move against me now might potentially backfire. Especially now that it is on the record.

That said, I do not wish to make this sound even grandiose or heroic. I do not want to exaggerate the risks – which I rate very low. {I had a TV journalist living in the US who worked for one of the largest Mexican news stations beg me to keep his identity secret or that Carlos Salinas might kill him. I agreed.]

So, on the odd chance that these threats and warnings should be heeded, it is better to have a public record of it.

Other than that – let us all wish Vanguard a most happy birthday. May his wishes not come true.

Later today, I hope to write a little about how he spent his day in the Metropolitan Detention Center and contrast that to how he spent past birthdays.

It might be instructive for those who follow Vanguard, the man who liked to brand, starve, sleep-deprive and blackmail women.