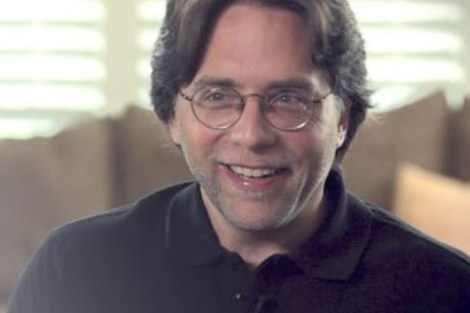 Today is Keith Alan Raniere’s birthday. At least we think it is, since he told us it was.  He said he was born on August 26, 1960. If this is true, he is 58 years old today.  Happy birthday Vanguard.

Since at least 2005, his followers have had the privilege of paying for a 10-day tribute to him – and this celebration occurred at YMCA Silver Bay resort in the Adirondacks.  Prior to that, Vanguard celebrated his birthday at Lake Pyramid in Paradox, New York.

Vanguard was always big on birthdays. And he is the only man I know who extended a week to 10 days to celebrate his own.

Vanguard would also reward his harem members on their birthdays – and female followers, especially young women’s reward was a birthday visit from him in his birthday suit.

His usual policy was to cavort, sleep, cavort some more, eat like a pig, then cavort, then sleep then arise and either eat or cavort of both – during the first five days of his birthday week. Then the magical one would make an exciting appearance in the evening of his birthday – being seen for the first time [actually clothed] by the rank and file devotees who paid to attend his nativity celebrations.  He would appear at the auditorium where his lucky followers were gathered in breathless anticipation of the arrival of their god. Then afterward he would go back to his cabin to cavort, eat and sleep some more.

Let no one be critical of Vanguard however for his inordinate sexual appetite, for it is not easy to run a sex cult where only one man is permitted to get all the nookie. And only one man gets to eat cookies. The women had to remain on 800 calorie diets to be slender enough to please the worshiped one.

When his birthday did arrives, at Vanguard Week, the gathering of his devotees awaited his lordly appearance in the evening to touch the hem of his garment or if it was a pretty woman to get a kiss on the lips.  Some of them reported that although he was vegetarian – he smelled – at least about the lips and nose – uncommonly like fish.  His exciting appearance after five days, on his birthday, was a little like the celebration of the days of Christmas with the feast culminating on Dec. 25.

Vanguard however, for his feast – most often ate out.

One year, Vanguard [at the old Pyramid Lake Week site], the devotees were paired and allowed to compete in a scavenger hunt. They were told that there would be a big prize for the two winners.

Somehow two pretty sisters won – one a member of his harem and the other – a married woman, but extremely attractive.

They were in their cabin when Vanguard showed up personally to deliver their prize.  He entered the cabin, dropped his trousers and said. “I’m here to deliver your prize – it’s me.”

Vanguard was disappointed but since he was always [as his attorney Marc Agnifilo said] a very ‘soft’ man – he shortly after gave out second prize to two other young women.

None of the men or married couples fared well in the scavenger hunt, it seems.

Over the years, Vanguard Week got longer and more expensive. At the last [ever] Vanguard Week – for a shared room – the cost was over $2,000. This also entitled you to three poor-quality vegetarian meals each day – selected by Clare Bronfman.

[One year the food poisoned almost the entire group – which is something being investigated, reportedly, by the New York State Department of Health in connection to the matter of licensing of Brandon Porter who was in attendance. It was curious that none of the High Rank and none of the women Keith was bedding that Vanguard Week fell ill.]

Vanguard, of course, ate in his cabin and was waited on by adoring slaves in their birthday attire [with the exception of Clare who Vanguard graciously permitted to remain fully clothed].

Very often Vanguard would show up late to various events he was scheduled to appear at. People would sometimes wait for hours for him to appear. Very often it would be explained by one of the High Rank that Vanguard was closeted with some student where he was trying to help her with various “issues.”  Somehow it seemed that only young, slender, long haired and attractive women had issues to be worked on with Vanguard at Vanguard Week. This has been attributed to the fact that the older, less attractive women were more mature and did not have as many issues.

[There is an old joke sometimes told during Vanguard Week – told about young women who disappeared with Vanguard into his cabin. It went like this, “Did you hear about poor little [insert young woman’s name]?–  She’s flat on her back.”]

But in defense of Vanguard’s tardiness at events – he – an astute philosopher – and, as he tells us, one of the top three problem solvers in the world – explained that women’s ardor is unleashed in the pristine settings of places like Lake George, in the fresh mountain air, and that accommodating these lubricious women would consume hours of his day [poor man] and sometimes so exhausted him he fell fast asleep while hundreds awaited his appearance.]

At one time, Vanguard Week attracted as many 400 attendees. After Frank Report broke the branding story and hundreds left the cult – the attendance at the last [ever] Vanguard Week [2017] dropped to 125.  This branding idea shocked many top supporters of Vanguard.  Some were more shocked when he and then his High Rank were arrested.

It may not have been just the DOS scandal. It may be the scandals of the years that caused attendance to dip during the last [ever] Vanguard Week:

Bit let us not fail to recall the fun that was had there too.

And then, during Vanguard Week women mobbed him and everyone from aged out harem members to cuckolded husbands compete all week long to get the attention of Vanguard.

Despite this gaiety and merriment of the past, this year no one is in attendance at Silver Bay. This is because Vanguard is celebrating his 10-day birthday celebration at the Metropolitan Detention Center where he remains incarcerated having been denied bail, while he awaits trial on sex trafficking and racketeering charges.

The Feds, learning about his master slave relationships, 500 calorie diets, sleep deprivation, branding women on their pubic area, and blackmailing women, combined with an array of financial crimes and an already prodigious internet record, they wondered and later concluded that Vanguard was a criminal – not a divine being.

Look at it on the bright side, while Vanguard celebrated his birthdays in the past with only a couple hundred women, and a few cuckolds, this year he has more than 1,100 men to celebrate with.

[Indeed there is new joke going round, “Did you hear about Poor Vanguard — he’s flat on his stomach.]

Within a few days, I will try to report to faithful readers on the results of his latest Vanguard Week.

There are five more exciting days to go.

A performance at Vanguard Week.

Click here to post a comment
From a Irish mother whose daughter was saved – at the last minute – from the sex slaver cult
Court filings update on Bronfman-Raniere case, new filing suggest Sara Bronfman and Emiliano Salinas might yet see justice