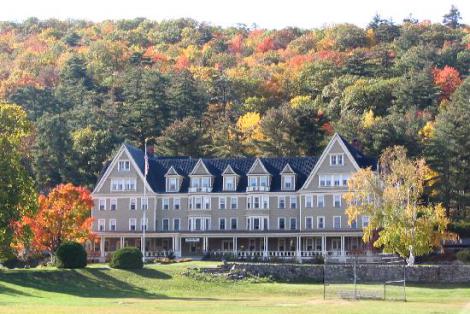 By A Former NXIVM Student who Attended V-Week

I was quite alarmed to read the Silverbay accusations.

I think you should withdraw it immediately. It’s not fair.  It’s not right and there’s no way those people would know just because they were warned.

That wouldn’t be any evidence.

I went to Vanguard Week. It was an extraordinary event and it was beautiful. I would’ve recommended it to anybody. It was only when I found out all this, which there was no way to know then – did I have any reason to suspect sex slavery.

Anyway, I think it’s over-the-top to accuse the YMCA of renting it out. I think you should withdraw the article.

Frank …  I’ve been all over Europe and the world. I have had the privilege of having extraordinary instructors around the world and the reason I say V-Week was the most joyous event is because – not only was it a gorgeous setting — beautiful with lovely food served throughout the whole time – and well organized services – it consisted of –  and I guess you never knew about this – an array of speakers from around the world – each famous in an area, educated, and extraordinary speakers or people with unusual skills. They had monks demonstrating 2-toned singing. The rarest group in the world of song. They had a famous UFO  investigator who never appears.  A rare opportunity.

They had sporting events for everyone. The students put on an opera – who had never performed opera before.  And it was a credible job.

No one could ever have known the sordid side of Keith etc if they attended or hosted. (As in the YMCA).

[That year] Keith was not at the event other than to watch the opera.

Of course it cost a bundle. But it wasn’t cheap to go either and worth every penny.

So in the week they hired different people. To hear and learn from. There were creative exercises and so very many programs to choose from. I still hold it as a time I witnessed firsthand the amazing power of human potential coming together. In cooperative participation.

I do not know who created all that I received. But it was a miracle of witnessing human potential In action. All these things are what went on at V-Week

Yes, Keith was off in a house off the property as you reported, and surely the harem serviced him there. But the YMCA had no part of that.

I’m telling you these things in hope you withdraw the article and consider apologizing to the YMCA, if they saw it.  It is unfair please reconsider.

Please take it off your site; it is harmful to a worthy organization.

Click here to post a comment
Misc. news, correspondence, etc. on NXIVM and its leaders
From a Irish mother whose daughter was saved – at the last minute – from the sex slaver cult