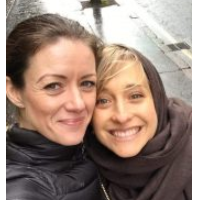 Despite the writer’s fulsome praise of me, I am going to publish this letter. If it had been critical of me, I would have been equally prone to publish it.

The background is simple. The lady who wrote it is from Ireland and her then-underage daughter was ensnared in the Cult of NXIVM – and was being groomed for the branding table. The mother came across the Frank Report and it validated all her suspicions and fears. With her husband’s help and, in the final analysis, the good sense of their daughter, she was bale to help her daughter make a blessed escape.  But before that happened, some harrowing, terrifying and possibly illegal things were done to the young woman – by Allison Mack, Sara Bronfman and others.

So, if the mother thanks me a little for sounding the alarm bell through my blog, it is part of her tableau of investigating and writing about such a sinister cult.

The mother of the teen daughter who broke free of the cult wrote the following to me on Vanguard’s birthday – August 26th and she references a post I made that day entitled,  “Warning: Don’t go back to your home; apologize to Carlos Salinas and tell him you’ll stop writing about him”.

I read this post with great sadness. Journalism is not a career for the fainthearted. Should you live in Mexico or Ireland, journalists have paid the ultimate sacrifice.  I recall the words of the late Christopher Reeve when he described what a hero was, “I think a hero is an ordinary individual who finds strength to persevere and endure in spite of overwhelming obstacles.” How fitting are those words for you Frank Parlato today.

So, as the 26th of August 2018 comes to an end, let it be first and, in all respects, the last celebration of Vanguard.

I speak personally as someone as far away as Ireland who, on the 26th of August — 2011 — inadvertently got caught up in Vanguard’s momentous birthday.  I shall talk about it soon, but for now I just want this day to be over and I know I am not alone with those sentiments.

Those of you who have been hurt and are still hurting and will go on hurting for some time, please bind together. Let your anger dissipate and use it to change things for the better. Use what happened to you for the greater good, and thank this man, Frank Parlato, for doing exactly what Christopher Reeve described — “being an ordinary individual who has found the strength to persevere and endure in spite of overwhelming obstacles.”

Do not let 26th of August ever be your obstacle again.

My sincere gratitude not only to Mr Parlato, but to all of you who have had the strength and the graciousness to appreciate what this man has achieved.

I send you greetings from this side of the pond, here in Ireland. Let the water that divides us be equally the link which may draw us together. 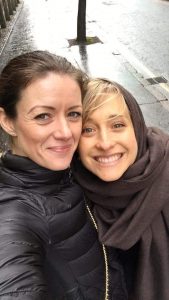 Former attendee of Vanguard Week says the event was beautiful, inspiring; YMCA had no way of knowing about creepy Vanguard
We wish you ‘joy’ on your birthday, Vanguard
Comment