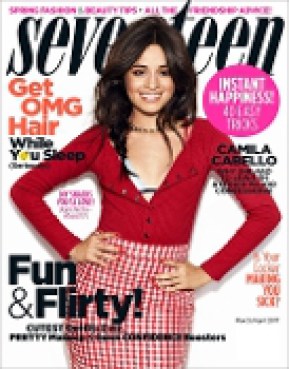 Vanguard sits in the Metropolitan Detention Center (MDC) and has to follow the rules of ordinary prisoners and detainees. His commissary is limited [despite Bronfman wealth] to a mere $300 or so dollars per month – just like any common prisoner.

Other than reading material, you cannot send random gifts to prisoners at MDC.  [Someone suggested a love doll, but a former inmate said they were not allowed.] You can’t send him food or clothes – and he is not getting enough of either, I am told.

No, the only things you can send Vanguard are books, magazines or newspapers to encourage and inspire his fine mind. And, even then, you have to have the reading materials sent directly from a prison-approved re-seller or vendor.

Because there must be many who might wish to give Vanguard something to read to help occupy his long days and nights in jail  – I have taken the trouble to compile a list of suggested magazines to send him and a place that will take care of the mailing etc..

There is a re-seller of magazines that handles the whole thing for you. You just pay them and they take care of the mailing [even multiple magazines] and make sure Vanguard get them.

Of what they offer, here are the ones I recommend. They will be sent to him as soon as some of his followers kick in with the money.

Vanguard never used much soap on the outside, This might help him with prison hygiene.

La Palabra Diaria: Vanguard always had diarrhea of the mouth. It would be good for him to do it in a foreign language.

American Angler: He was always an angler and he is an American.

Bust: He got busted alright.

Charisma: It worked for awhile

Closer:  He’s got his cell mate to think of now.

Consciousness: He doesn’t need this because he is cosmically unified – but still might amuse him.

Logic Problems: He is one of the top three problem solvers in the world so this will be child’s play for him.

Fate: Something for him to ponder about his own…

Little White Lies: Look he made the cover  – which is not bad since he only told whoppers.

Mindful: He spoke a lot about this and now he can be more mindful — about his new lifestyle.

Reason: That’s what he’s all about.

Under the Radar: If only he could have stayed that way.

Scientific American: He is a scientist with over 100 patents.

Skeptical Inquirer: Isn’t that the exact opposite of Rational Inquirer?

Tattoo: Never as good as branding

V Magazine: I bet he thinks this magazine is about him.

V Man Magazine: This one really is about him.

War Cry: That’s what the DOS women are supposedly going to do for him. Cry that is…

Please do not send money to Frank Report. Make your checks, money orders or credit card authorizations for subscriptions to  mailtoprisoners.com.

How long will it take for the first subscription to arrive?
The industry standard is 30 to 120 days. Most of the publishers use mail processing centers which tabulate and processes the millions of orders received, and they perform the actual sorting and mailing. That takes a lot of time. Additionally, most magazines are printed months in advance, and each printing is pre-allocated only to the amount of subscribers at the actual time of printing. Thus, an order received in January might actually commence in April. There is very little difference in the processing time whether one orders directly through the publisher, or through a subscription reseller such as this, or any other website.