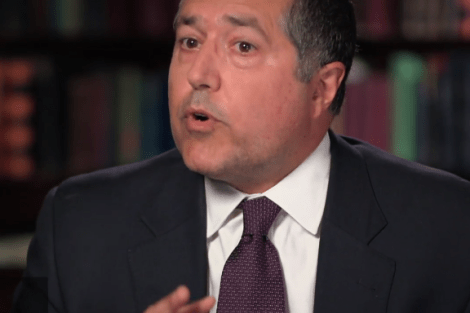 A new filing in federal court seeks to hide from the public the names of  “friends” of alleged sex trafficker and racketeer Keith Alan Raniere – AKA Vanguard – who may be planning to cosign on a new bail application for him.

The Raniere-filing – dated August 28th – primarily blames me for the reason that secrecy is required.

Written by Raniere attorneys, and in the form of a letter to the judge, it alleges that I will write about the individuals who seek to bail out Raniere in a way that might cause them harm.

I am named in the filing some 42 times.

While Raniere’s attorneys seek to shield the identities of the cosigners for Raniere’s bail bond from the public, they plan to disclose them privately to the court and the prosecution.

From this filing, it appears that a second attempt at bail – the first one was denied in June – will be made to try to persuade the court that Raniere – who faces life in prison and who has access to millions of dollars – will have the ‘moral suasion’ – if released –  not to flee the jurisdiction because his ‘friends’ are posting bail for him.

Personally, I suspect the true reason Raniere’s attorneys seek to shield from the public the names of people willing to cosign for him has little to do with me in fact.

I suspect the reason is these “friends” are:

A: NXIVM members who don’t have any money – and the disclosure of their names will lead to my own and other media scrutiny which might establish that these members may be using other people’s money –  i.e. Bronfman money.

B: Semi-hidden NXIVM members – not coaches or proctors – but people aligned with NXIVM. These people – some of whom might own businesses – have a reputation in their communities – or have kept hidden from their families and friends their association with Raniere and NXVM. These people, obviously, would not want it revealed publicly that they are associated with the cult that is associated with branding women and other alleged nefarious and sickening deeds.

I doubt there is anyone in the world who would like the publicity of being known as someone who bailed out Keith Raniere – especially if he subsequently escapes jurisdiction.

Even if Raniere does not flee [which I wager is a 50-50 proposition], the publicity of bailing out an alleged sex trafficker – who allegedly brands and blackmails women  – and has been in the past accused of pedophilia – could have an adverse impact on anyone’s reputation and business.

However, I think the concept of shielding bail cosigners should be rejected by the judge.  What is the precedent here?  The defenses cites no precedent in their filing that should make the normal public court proceedings private – based on seeking to avoid bad publicity for cosigners for bail bonds.

This would indeed set an unusual precedent since then – in the future –  every time a controversial criminal seeks bail, the argument could be made by the defense that the cosigners’ names should be kept secret – since bad publicity might impact their reputations.

Part and parcel of the criminal justice system is that it is open to the public. What special right of privacy should the people who support Keith Raniere expect?  This wreaks of a two-tiered criminal justice system, where the wealthy Raniere [with access to Bronfman millions] can seek to shield the privacy of those who wish to support him – while other, equally controversial defendant’s cosigners – without such wealth – are not shielded.

There is another remedy for the reluctant cosigner other than privacy. The remedy for them is to sue me or other media outlets for defamation by libel.

The defense’s whole argument it seems is,  “Let these cosigners be protected from Frank Parlato – he’s a bad actor, a dishonest journalist – in fact, he’s indicted! So the normal open-to-media court should be excepted in this case – because of this bad man.”

But the indictment argument cuts both ways. If the defense seeks the presumption of innocence for the indicted Raniere – my indictment [which I submit is false and bogus in every way – and was caused by Bronfman-Raniere] – is nothing more than that – an indictment.

I’ve never been convicted of anything.  I, of course, should be afforded the same presumption of innocence.

Instead, the defense cynically seeks to impugn me because I was indicted – taint me with a presumption of guilt – as part and parcel of their main argument – which is – because of me – they seek a special exception to traditional bail applications being public – right down to the cosigners.

In so making this request, the defense asks the court to judge my reporting as, in effect – good or bad – true or untrue – hence asking the court to take the unusual role in judging the veracity of a reporter.

Despite the defense’s attempts to discredit me, dozens of media outlets have noted that I broke crucial elements of this story. [see list below]. Insofar as I own publications both in print and online that reach a million people per month, it is clear I am a member of the media with an established audience.

It is irrelevant whether I have one reader or one million readers [Indeed, if the Raniere request is granted, it will probably boost readership].

What is relevant is that Raniere seeks to induce the judiciary to set precedent by taking the role of judging the merits of a specific media outlet or reporter – as an argument to convert normally public proceedings to ones that are sealed and shielded from scrutiny by that particular media, all other media, and the public in general.

It is not known whether the prosecution will oppose this request.

Here is the complete court document.

My next post will give a line-by-line analysis of the many misleading characterizations in the Raniere defense filing –  which was the subject of this post. Below are just a few of the many media outlets that credit my work as a journalist in this case.