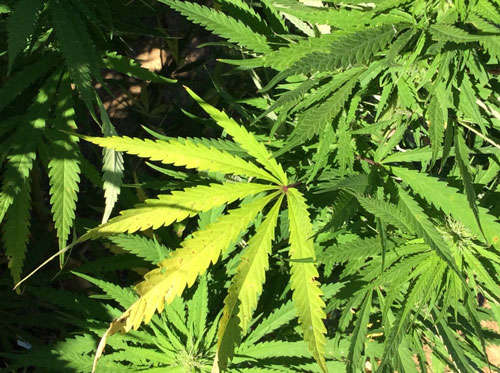 Hempstead, NY – In tonight’s debate, Cynthia again called for New York to follow the lead of eight other states and DC and legalize the recreational use of marijuana. Her full plan for legalizing the drug and for ensuring that communities who have been most hurt by the drug war benefit from its legalization is available here.

In contrast, the Governor has proved himself repeatedly out of touch when it comes to marijuana legalization. Just last year, he described marijuana as a gateway drug, and his shift on the issue is widely attributed to pressure by Cynthia.

Just Last Year Cuomo Called Marijuana a Gateway Drug. According to Politico, “Gov. Andrew Cuomo remains opposed to legalizing marijuana for recreational use because he believes it is a “gateway drug,” he told reporters Wednesday. “It’s a gateway drug, and marijuana leads to other drugs and there’s a lot of proof that that’s true,” the Democratic governor said before attending the grand opening of a new casino. “There’s two sides to the argument. But I, as of this date, I am unconvinced on recreational marijuana.”” [Politico, 2/8/17]

Cuomo “Laid The Groundwork” For “Legalizing Marijuana In New York” With His “Strongest Comments To Date…Just A Day After” Nixon Called Current Marijuana Laws Discriminatory. According to the New York Post, “The governor’s comments were his strongest to date in favor of legalization and came just a day after Democratic rival Cynthia Nixon charged that current marijuana laws discriminate against minorities. “The facts have changed,” Cuomo said during a stop in Brooklyn to spotlight new subway equipment…He responded to Nixon by pointing to that commission. “Let’s get the facts and make a decision based on the facts,’” he said on Long Island Wednesday. “We now have states that have legalized marijuana, let’s look at the facts and see what happened there.” Twenty-four hours later, in Brooklyn, the governor went a lot further. “The situation has changed dramatically with marijuana,” he said.” [New York Post, 4/12/18]

Click here to post a comment
Guest View: Raniere will risk his very life to see the light of day
The Reviews Are In: Cynthia Won