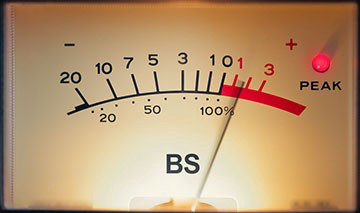 Incredibly, it made news Monday that Boston Red Sox right fielder, J.D. Martinez posted to Instagram in 2013 a message with a picture of Adolf Hitler, reading “To conquer a nation, First disarm it’s [sic] citizens.” Martinez went on in the post to indicate that he would always “stay strapped” with a gun. The clear implication from the imagery and comments are, in Martinez’s opinion, an armed citizenry might repel a Nazi or Nazi-like government.

The image of Hitler and comments about the 2nd Amendment are not new nor unique to Martinez. The argument and analogy has been made for years. The faux-outrage over a frank, but hardly novel or controversial post is new, and Martinez has been tasked with explaining himself, rather ridiculously.

Quite obviously, Martinez did not endorse Hitler. Thus, there is no Neo-Nazism afoot for which Martinez has to explain himself over. Martinez told the Boston Globe “I didn’t mean any harm by the pic,’’ “It was more of a picture showing what my stand was on the Second Amendment. At the time I posted that, the Second Amendment at the time was definitely a hot topic. The point of it wasn’t to offend anybody.” Yahoo News reported “While it’s clear that Martinez did not intend to endorse Hitler in the post, he clarified as much with The Post.”

This Yahoo comment that Martinez did not “intend to endorse” is irrelevant, misleading, and unnecessary. No reasonable reader could construe the clear imagery coupled with the comments as an intended or otherwise endorsement of Hitler. The attempt at spin and embarrassment of the ballplayer over the 6-year old social media post is absurd. Were it not for the lurking, Democrat-corporate media preoccupation with trying to tie Hitler to Trump, this pointless coverage would not have made it into the cybersphere. Such is the Democrat/globo-corporate media’s slow-drip, gaslighting, torture methodology at play. Yahoo concluded with “Surely, the last thing he wants to be doing right now is talking about Hitler.” The message Yahoo and its ilk seem to be sending here is “watch it, Martinez. The global masters do not like Republican sympathizers in the mainstream. We can derail you fast. Consider this a warning.”

Of course, the real faux outrage is not that Martinez posted a picture of Hitler; it’s that he endorsed the 2nd Amendment. And while this is not the most ludicrous instance of faux outrage expressed in recent memory, it is so easily detected as b.s., that it is worthy of notice.

Meanwhile, someone told me the other day “When in Rome…” I was immediately triggered, and I took that to be an intended endorsement of Emperor Caligula. I have to process this microagression.