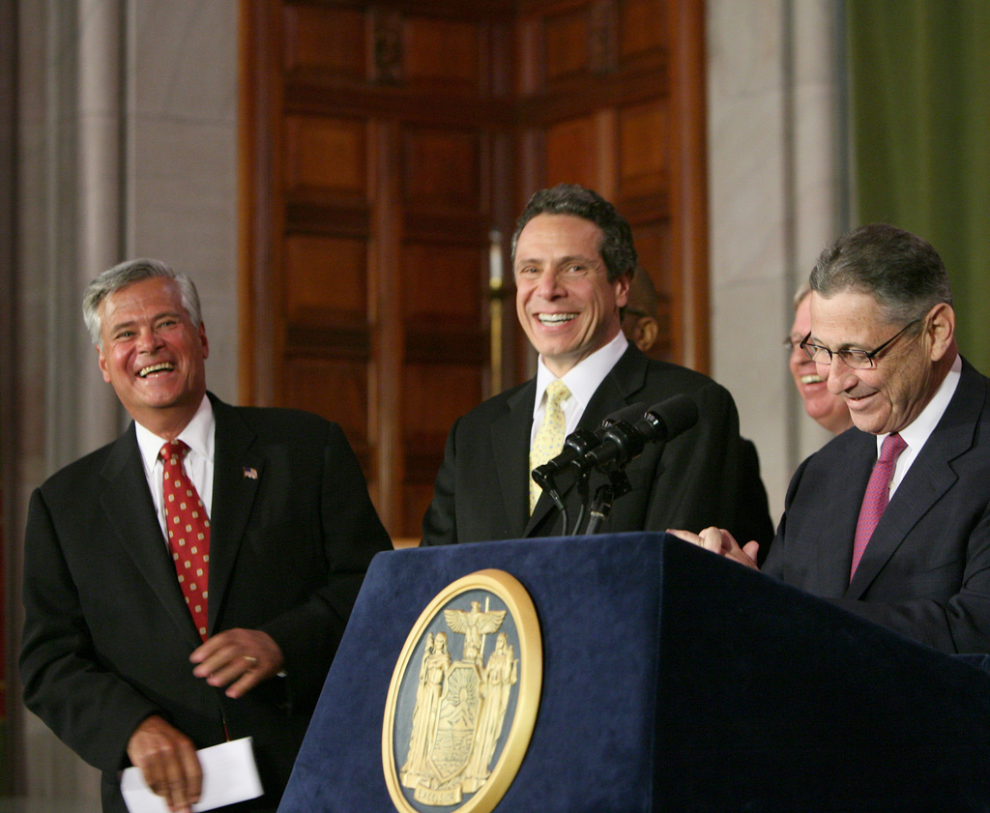 NEW YORK, NY – In the wake of Andrew Gillum’s unexpected, progressive victory last night in Florida, the Cynthia for New York campaign released a new video today, highlighting why Americans across the country are consistently rejecting corporate, establishment Democrats whose sole campaign message is that they’re not Donald Trump. The video features the uncomfortable similarities between Governor Cuomo and President Trump when it comes to privilege, corruption, intimidating the free press, and ignoring sexual harassment.

“Democratic voters understandably think it’s too low a bar for a candidate to just be better than Donald Trump,” said Cynthia campaign Chief Spokeswoman Lauren Hitt. “Progressive candidates like Cynthia are presenting a real vision with policies like Medicare for All, abolishing ICE, ending cash bail, taxing the rich and rejecting all corporate donations. Corporate, establishment Democrats like Governor Cuomo are just saying over and over again, ‘I’ll oppose Trump,’ without providing any real substance. And when you look at Cuomo’s record specifically, there are too many uncomfortable similarities between him and Trump.”

A bombshell report from the New York Times shows that Cuomo and Trump, who both came to power through their fathers at roughly the same time, have a far chummier history than the Governor wants to admit. It’s no wonder then that Cuomo initially refused to criticize Trump for most of the President’s first year in office; or that Cuomo backed down when challenged by the President just this month; or that the Governor refuses to return the $64,000 Trump donated to Cuomo’s campaign.

The Facts: Cuomo and Trump’s Similarities
Both Men Came to Power Through Their Fathers. It’s widely known that Trump inherited his real estate company from his father, which was valued at $200 million at the time the President inherited it. Governor Cuomo also got his start in politics, thanks to his father, three-term Governor Mario Cuomo. Additionally, Mario Cuomo secured his son a partnership at a law firm and an assistant secretary position at the Department of Housing and Urban Development.

Both Men are Seeing their Campaign Managers and Former Fixers Going to Jail. Trump’s former campaign manager Paul Manafort is headed to jail as is the President’s former fixer, Michael Cohen. Cuomo also saw his former campaign manager and fixer, Joe Percoco, convicted of corruption this year. Cuomo’s former top economic development aide, Alain Kaloyeros was also convicted this summer, along with several of Cuomo’s top donors in a pay to play scandal.

Both Men Prematurely Ended Investigations into Their Own Misconduct.Governor Cuomo dissolved the Moreland Commission, when it starting investigating ethical misconduct in his office. Cuomo has been criticized by Former U.S. Attorney Preet Bharara and other top ethics and law enforcement officials for dissolving the Commission. Similarly, President Trump fired Former FBI Director James Comey in attempt to halt the Russia investigation.

Both Men Bully Media Outlets. Governor Cuomo recently threatened a reporter’s parent company, when the reporter asked Cuomo about donations he received that were under investigation by the FBI. Cuomo also had his aides compile a dossier on another reporter he disliked and presented it to her bosses in an apparent attempt to have her fired.  President Donald Trump has a notoriously hostile relationship with the media.

Both Men Have Turned a Blind Eye to the Harassment of Women, Or Worse.Cuomo hired a top aide who had previously been barred from interacting with interns because of inappropriate behavior. Cuomo also ignored an IG report that found another one of his top aides committed systemic sexual harassment, until it was leaked to the media. The Trump administration has also had numerous scandalsrelating to sexual harassment.

The Reviews Are In: Cynthia Won
Attorneys seek to hide from public names of people willing to post bail on 2nd attempt to bail Raniere; lawyers blame Frank Parlato for need for secrecy
Comment