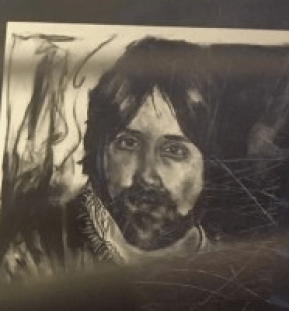 The U.S. Department of Justice, United States Attorney, Eastern District of New York, is opposing criminal defendant Keith Alan Raniere’s motion to close the courtroom and hide from the public his “friends”  – who evidently wish to post bail for him.

In opposition to the Raniere defense team’s 13-page letter, the prosecution’s response is slightly more than two pages.

The unnamed blogger referenced below [in the letter] is myself and the blog is Frank Report.

The DOJ does not get into many details of Raniere’s defense team’s numerous allegations. They merely point out that they are conclusory and not backed up with any evidence whatsoever.

Here is the DOJ’s letter in full.

In United States v. Alcantara, 396 F.3d 189 (2d Cir. 2005), the Second Circuit set forth the procedures to be followed before a court may close criminal proceedings.

The court explained: [A] motion for courtroom closure should be docketed in the public docket files maintained in the court clerk’s office. The motion itself may be filed under seal, when appropriate, by leave of court, but the publicly maintained docket entries should reflect the fact that the motion was filed, the fact that the motion and any supporting or opposing papers were filed under seal, the time and place of any hearing on the motion, the occurrence of such hearing, the disposition of the motion, and the fact of courtroom closure, whether ordered upon motion of a party or by the Court sua sponte. Entries on the docket should be made promptly, normally on the day the pertinent event occurs. Id. at 200 (citations omitted).

The Second Circuit in Alcantara also reiterated that “[b]efore excluding the public from [criminal] proceedings, district courts must make findings on the record demonstrating the need for the exclusion.” Id. at 192. It observed that “[t]he power to close a courtroom where proceedings are being conducted during the course of a criminal prosecution . . . is one to be very seldom exercised, and even then only with the greatest caution, under urgent circumstances and for very clear and apparent reasons.” Id. (quoting United States v. Cojab, 996 F.2d 1401, 1405 (2d Cir. 1993)).

The Circuit has provided specific, illustrative examples of such compelling interests, including the defendant’s right to a fair trial, the privacy interests of the defendant, victims or other persons, “the integrity of significant government activities entitled to confidentiality, such as ongoing undercover investigations or detection devices,” and danger to persons or property. John Doe, 63 F.3d at 128; see Woods v. Kuhlmann, 977  F.2d 74, 76-77 (2d Cir. 1992) (finding no error in partial closure of a courtroom for the testimony of a witness who “was ‘scared to death’ because she had been threatened by at least one member of the defendant’s family,” after the “trial judge adequately assessed the scope of [the witness’s] fear.”).

The defendant’s thirteen-page submission fails to identify any compelling interest supporting courtroom closure of a pretrial detention hearing or the sealing of potential suretors’ identities.

The defendant argues, without factual support, that he and “his supporters” have been the subject of “increasing negative press, including false and defamatory statements,” and that critics of Nxivm may have access to personal information about these potential suretors that could be published if their identities were made public. Def. Mot. at 5.

Even if the Court were to credit these claims, they do not provide a sufficient basis for the Court to make specific findings that there is a “substantial probability of prejudice to a compelling interest” of any party; the defendant alleges only generalized fears of negative media attention, including in a blog critical of Nxivm, whose author publicly admits to writing “fictional stories” to make the defendant “look ridiculous,” Def. Mot at 6 n.6. 1.

These allegations, which are not particularized to any individual or potential suretor, cannot support a motion for courtroom closure.

1 The defendant’s suggestion that the author of the blog is the recipient of a “steady stream of law enforcement leaks” is false.

In circumstances where “a conclusory or wholly implausible allegation of danger is presented,” as in this case, “a district court may be justified in denying a closure motion without making any explicit findings of fact.” Doe, 63 F.3d at 130.

Accordingly, the government respectfully submits that because the defendant’s motion does not provide a sufficient basis for courtroom closure or sealing, it should be summarily denied.

To close a courtroom from the public in a criminal trial is an extraordinary remedy – and not one to be accomplished merely because the defendant or his “friends” think they will get bad press from the media or even from one vexatious blog writer.

I imagine if the judge thought the 13 pages of conclusory allegations made against me and other so-called critics of NXIVM had possible merit, he could conduct an evidentiary hearing to determine the truth or fallacy of what Raniere’s attorneys allege.

I would welcome such a hearing and would be pleased to come to Brooklyn at my own expense and testify – with ample evidence – of many new and startling Raniere realities.   And I would not ask for the court to be closed from the public.

Personally, I think these individuals who wish to secretly bail out Keith Raniere should have some confidence in the law’s presumption of innocence and put their names out there publicly.

It’s the ethical thing to do. Keith Raniere has enjoyed great fame as the “world’s smartest man” and one of its most ethical.  Why would someone who truly believes that not have the courage to put their name in support of such a grand person in his time of need?

I think they should consider adopting this motto:  “We have nothing to fear but Ranier’- himself!”

Rosales: ‘My two cents’ – Raniere is convicted, sentenced to SuperMax – for life!
Lauren Salzman’s bail modified – she may see her mother three times per week – for three hours per visit
Comment