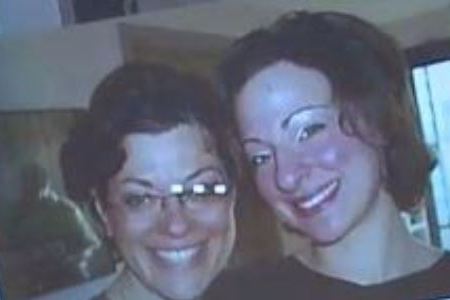 Nancy Salzman – along with partner-in-crime Keith Raniere – did so much to break up families and keep children apart from their parents.

Now, she is experiencing a startling dose of karma.

Most adult children can see their parents at will –  but thanks to the brilliant, criminal technology devised by Raniere  – Nancy Salzman, and daughter, Lauren, can only see each other at hours the court approves – and the court just approved a visitation schedule for mother, 64, and daughter, 41.

Here is the judge’s order:

(iii) have incidental contact with her brother-in-law, Ben Myers, while visiting her mother and with the understanding that Lauren Salzman will not discuss the facts of the

From this point forward, whether and the extent to which Lauren Salzman will be permitted to visit Nancy Salzman in person outside of the specific times provided for by this order will be subject to the court’s further review.

All other conditions of bail remain in full force and effect.

Additionally, the court GRANTS Lauren Salzman’s motion that her letter requesting modifications to the court’s bail order be filed under seal.

The fact that Lauren’s letter requesting bail modification is under seal may be because details of Nancy Salzman’s illness are disclosed therein.

How gravely ill Nancy might be is not known. According to sources, Nancy spoke of having breast cancer at V-Week 2017 – and reportedly said she would use Raniere’s NXIVM technology to heal herself.

Later, another source implied she was feigning cancer. Another said she told another person privately she had a biopsy done and  there was no malignancy.

Because this is NXIVM which = pathological lying – it is hard to know what is truth.  Other than the fact that Nancy told the court she has a “life threatening illness”, we have no solid information.

Nancy may be gravely ill – in which case I pray for her speedy recovery – with or without NXIVM technology to help heal her.

She may be lying to get various advantages from the court or elsewhere.

Were I the judge, and knowing what I personally know about NXIVM, I would want to see a doctor’s letter – and not a letter from Dr. Danielle Roberts or Dr. Brandon Porter.

Finally, as a word to the wise, if Nancy is ill, and if she plans to use NXIVM technology in lieu of medical assistance – I would remind her that the last two women – close inner circle women and longtime members of Raniere’s harem – known to have used Raniere’s technology to cure them of life-threatening illnesses – were the late Pam Cafritz and the late Barbara Jeske.

If you see Nancy drinking a tall glass of a thick, milky-colored beverage over at So Fabulous Hair Salon – where she gets her hair done – don’t count on her going to trial. This might be just what the Dr. Raniere ordered.