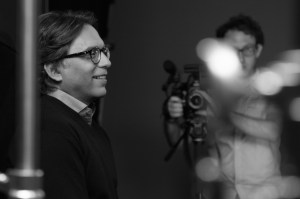 According to MSN.com, The recently published 5th edition of the Diagnostic and Statistical Manual of Mental Disorders (DSM) lists the nine criteria for narcissistic personality disorder (NPD).
As I was reading it, I could not help think of a certain leader of a cult I have written about.
Here are DSM’s requirements (slightly condensed, with minor bracketed amendments by Dr. Leon F. Seltzer, Ph.D., a clinical psychologist and the author of Paradoxical Strategies in Psychotherapy.) for a person with Narcissistic Personality Disorder:

Dr. Seltzer adds six more [condensed and with bracketed amendments by me] of a toxic narcissist.

1. Are highly reactive to criticism.

If they’re asked a question that might oblige them to admit some vulnerability, deficiency, or culpability, they’re apt to falsify the evidence (i.e., lie), hastily change the subject, or respond as though they’d been asked something entirely different.

Their self-regard would appear to be higher and more assured than anyone else’s and it’s not uncommon for them to rise to positions of power and influence, as well as amass [or steal] a fortune. But beneath the surface—is a degree of insecurity vastly beyond anything they might be willing to avow.

They’re highly skilled at exhibiting, or “posturing,” high self-esteem. But their deep insecurities are discernible in their fishing for compliments, their penchant for bragging and boasting about their [bogus] achievements [or even their need to be called some kind of exalted title like say for instance “Vanguard”]. They’re also experts at complimenting themselves!

3. Can be inordinately self-righteous and defensive.

Anything said or done that they perceive as questioning their competence can activate their self-protective mechanisms. It’s almost as though their survival depends on being right or justified [and even suing or having people killed if they have some hieress’ money is possible – so be careful], whereas humbly admitting a mistake—or, for that matter, uttering the words “I’m sorry” [or ‘I am not the smartest person in the world’] for some mistake —seems impossible for them.

Their “my way or the highway” [or “I’ll see you dead or in prison”] attitude in decision-making—their stubborn, competitive insistence that their point of view prevail—betrays doubts about not being good [ethical], strong, or smart enough.

And the more their pretentious, privileged, exaggeratedly puffed-up self-image feels endangered by another’s position, the more likely they are to…

4. React to contrary viewpoints with anger or rage.

Angry outbursts [or vicious lawsuits if they have heiress’ money] are almost intrinsic to narcissistic personality disorder. They  react with heated emotion when others bring their insecurities too close to the surface.

The reason that anger and rage are expressed by them is that in the moment they externalize the more painful anxiety- or shame-related emotions hiding just beneath them. When they’re on the verge of feeling—or re-feeling—some hurt or humiliation from their past, their rage “transfers” these unwanted feelings to another.  [If only they could get Exploration of Meaning Therapy]

If the mentally healthier individual has no clue as to what provoked their outburst in the first place, such a sudden explosion is likely to make them feel baffled and hurt, maybe even frightened, [or terrorized or dead].

5. Project onto others qualities, traits, and behaviors they can’t—or won’t—accept in themselves.

They habitually redirect any unfavorable appraisal of themselves outwards, unconsciously trusting that doing so will forever keep at bay their deepest suspicions about themselves [like they are stupid, not really a judo champion and can’t even play the piano that well, and that without pathological lying and/or having Bronfman millions there would be no place on earth that would want them outside of a dank prison]. Getting anywhere close to being obliged to confront the darkness at their innermost core can be very scary, for in reality, their emotional resources are woefully underdeveloped.

One of the most reliable ways for them to feel “safe” in a world they’re alienated from—is to invalidate, devalue, denigrate [or sue] others. They’ll focus on others’ flaws rather than come to terms with their own. [In an extreme case they’ll create a cult where they are acknowledged as supreme and all-knowing and their role is to uncover flaws in others to help them – while the actually seek to destroy or enslave them.]

They can’t tell where they end and the other person begins. Unconsciously viewing others as “extensions” of themselves, they regard them as existing primarily to serve their own needs—just as they routinely put their needs before everyone else’s (even their own students).

Since others are regarded, if they’re regarded at all, as “narcissistic supplies”—existing chiefly to cater to their personal desires—they generally don’t think about others other than how they might “use” them to their own advantage. Whatever narcissists seek to give themselves, they generally expect to get from others, which is another dimension of their sense of entitlement.

They might share how they “chewed” someone out, [or got rid of their “issues”] and expect the other person to be impressed by their courage or cleverness, when in fact the listener may be appalled by their lack of kindness, tact, or restraint. Additionally, they may ask others questions that are far too personal or intimate—upsetting them [and then later hold that as collateral to blackmail them or intimidate them]. Such a situation can be difficult for the other person if the narcissist is in a position of authority over them [say like being their Vanguard] so that not responding could, practically, put them in some jeopardy [get them banished or sued or worse].