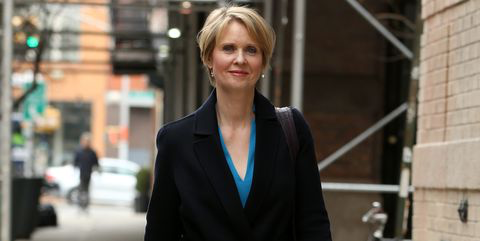 Cynthia and Zephyr will travel to Schenectady to address their supporters, at 11:00AM on the steps of City Hall, after visiting the farmers market.

Cynthia will then join Patrick Nelson and Professor Minita Sanghvi, Members-elect of the New York State Democratic Committee for the 113th Assembly District: Saratoga County to address the volunteers who will carry her insurgent campaign to victory in Saratoga Springs, at 12:30PM. Note: Location has changed.

Finally, Cynthia and Zephyr will travel to Kingston to kick off a canvass of volunteers at 3:30PM.

Cynthia and Zephyr to Address #Canvass4TheMany in Kingston
WHERE: 7 Grand Street, Kingston, NY 12401

Part 2: Debating Raniere’s motion to seal: If granted – and if I find out who’s posting bail through sources – I will publish their names!
Is Vanguard a Narcissist?