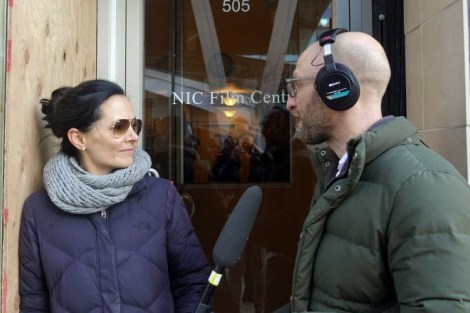 It features Sarah Edmondson and her escape from NXIVM.

Besides Sarah, CBC interviewed many former NXIVM memvers – including Barbara Bouchey, and others like Toni Natalie and myself.

What I found interesting is that many on this blog have criticized Barbara Bouchey for saying she found a lot of good in NXIVM – notwithstanding corruption at the top [which she helped expose ] and that Keith Raniere is, in her opinion, an evil man.

The producers of the CBC podcast said something that seems to support Barbara’s earlier statement.

Josh Bloch, host of the CBC podcast, said, “One of the things they did very well was create a really powerful hook. For whatever messed-up things happened in the higher levels of the organization, we’ve talked to dozens of people who took their entry-level courses … and almost everyone says they loved them. They’re really good, they were stimulating, we got a lot out of them, and we had these breakthroughs, etc.”

The experience of many of the thousands of students who took the NXIVM courses over the years, but did not get caught deeply in Raniere’s sinister web – they merely took an intensive and came back for no more – might be largely positive.
Keith was always seeking out select people, weeding out ones who did not interest him or were not interested in being his slaves.
It is likely there were attractive elements to the initial courses. There had to be. How else would you attract people in the first place if there was nothing good in it?
I like to think [paraphrasing Samuel Johnson] that NXIVM is both good and original; but the part that is good is not original, and the part that is original is not good.
Others may disagree.
Here is the link to the CBC podcast

Click here to post a comment
At every level NXIVM was a toxic practice and recruitment tool! [there is no good in NXIVM]
A former cult member gives her view on Allison and India – and their mothers