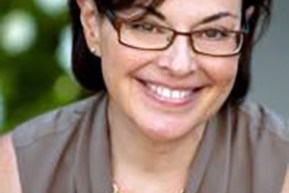 Oh, well, I guess I will add my two cents to this discussion. I took the 5 day course, the 16 day intensive and went one summer to V-Week.

I  benefited by increased awareness, increased self-assessment and my life purpose strengthened from each of these activities.

However, I was in a good position to observe danger because I had left Scientology before that, so I recognized many things that had been directly lifted from Scientology.

I mean right out of it. Scientology terms and concepts were being used daily and frequently in the vocabulary and activity, minute by minute. In fact, at times, it was a constant déjà vu!

I asked several teachers about this, but in each case the fact that Keith had used Scientology material was denied. I had no idea if the teachers knew that the material wasn’t original or not.

When the source was lied about, I knew it was all fishy.

I saw no bad being done with the material that was taken from Scientology, but that it was being passed off as original was absurd. The exact vocabulary, word use and definitions were often word-by-word from the printed materials in Scientology. Not even an attempt to disguise it!

I observed some Nxivm members raising their children in a manner similar to Scientology also, in which the children were being treated as adults and being demanded to have adult type responsibilities, and not kindly at that;  rather with a strict heartlessness.

Some say Scientology founder L. Ron Hubbard also lifted material and claimed it was original too.

I found it interesting, but surely knew by the end of the first 5-day intensive, that Keith was claiming he invented the “tech” when he patently had not and instead had directly lifted it from my prior cult leader, L Ron Hubbard!

I had hoped that, nevertheless, Nxivm would do some good in the world, but here is what I would like to say about it:

There is real good in the teachings. I felt able to differentiate when it wasn’t, and why.

Otherwise, I would have stayed in NXivm and in fact was invited to have a mentor from Nxivm guide me on through the next levels! I sensed great control in that offer and never went back.

I remain curious to this day what material was on their actual expensive “higher” classes.

There were several new cults created from Scientology materials, such as EST, Landmark, primal scream, and relive birth therapy, gestalt, role playing, hospital procedures of silence during operations and on and on.

To me, Nxivm was just another practice taken from Scientology, but quite intriguing.

Personally, I do not believe Keith is the power behind NXivm. I think that Keith lifted the material from other sources and gave it to the brightest soul imaginable, which was Nancy.

It was Nancy who turned it into lectures and course materials, not Keith, — with her giving all credit to Keith. But she was the light that was used to create it all.

Nancy was a beautiful soul and profound talent to bring the materials alive. Without the live video recordings she made, the group would have gone nowhere. The recordings remain a treasure, wherever they are.

Nancy is Keith’s greatest work of corruption and without her power being used every step of the way, by producing the compelling class recordings, there would have been no Nxivm.

Keith’s power is: to be non-threatening in demeanor for women. It is developed into gestures like a kitten or a mouse or a cute puppy.

His demeanor of  “gentle”, which is actually indefinably weak is, in fact, the secret of creating “empowerment” that woman feel in his presence.

Nancy is the true power of Nxivm and that power is in her recordings and lectures.

I feel the most for her, as she is the most duped of all and was once the purest, in the end fulfilling his evil wishes with the belief that her soul is that of Hitler’s!

It is fairly concluded that cancer and anger go hand in hand. The anger of being duped subconsciously expresses itself in the Nxivm woman, yes?

One can see Nancy’s exceptionally high humanity life force in the recordings, something she would no longer be able to do, and something that Keith could NEVER EVER have begun to create.

I have often wished I could own her recordings, to this day, in particular, I would wish to own Nancy’s recording about Supressives that is given in the first five days of the intensives offered.

In the group, Nxivm, Keith is the weakest, most desperate person of all. Nancy is the strongest. She is more deceived than everyone added together for it is her light that has driven the expansion of the entire group of Nxivm.

As Nancy’s light dimmed, I suspect DOS was created in order to have “new blood”  to replenish the fading light, as Nancy made perpetual amends for her life as Hitler.

Allison was the new bright light successor to Nancy. Lauren could not follow as Nancy was already disintegrating as Lauren grew up.

So, Allison is the obvious true inheritor to be the new light of Nxivm. Allison put her true light into DOS.

Pulling her out to recovery would require the therapist or facilitator to see the truth of that statement.

Nancy and Allison need the same kind of help, in fact, as others who who are victims. To see their own soul power as light sources to humanity.

To see in themselves what they attributed to Keith R.

Click here to post a comment
Guest View: The Mighty Parlato Pen
Shadow State: Allison Mack is a PREDATOR who profited from her abuse of other women