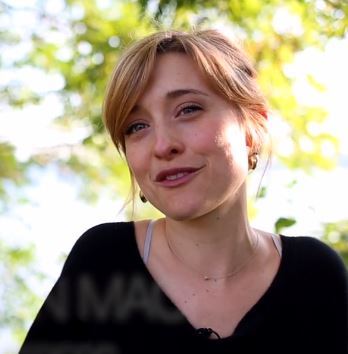 Shadow State 1958, in response to Flowers comment, “The difference is that Allison was first brainwashed and victimized by a man” wrote, “Do you understand how out of touch with reality your response is?”

Among the vast majority of North America’s males, the branding and enslavement of women is regarded as criminal and unacceptable.

Even in NXIVM, when males discovered this practice was occurring, they left the cult in droves.

NXIVM affiliates in Vancouver, Seattle and San Francisco quickly collapsed and males led the way out the door.

You regard Allison Mack as a victim unable to take care of herself.

When Kristen Kreuk discovered sexual improprieties in NXIVM, she left.

Many of the NXIVM females were upper middle class or upper class women with resources of their own.

Even Allison was working in media up until the cult business was publicized. She was doing voice work in the Amazon Prime “Lost in OZ” cartoon.

Before you call Allison Mack a victim consider these facts:

1.) Mack drove a BMW that was a gift from Clare Bronfman.

2.) Mack had a “gorgeously decorated” apartment in Brooklyn Heights, a trendy expensive neighborhood in NYC. This apartment was also probably a payment from Clare Bronfman.

3.) Allison traveled around the world in 2017 including trips to Paris, London and Ecuador.

Allison Mack is NOT a victim.

Allison Mack is a PREDATOR who profited from her abuse of other women.

Allison Mack’s crimes are not so much sex crimes as crimes of abuse of power.

Ex-NXIVM Student: The good in NXIVM was the greatness of Nancy Salzman; when she disintegrated, NXIVM fell to pieces
At every level NXIVM was a toxic practice and recruitment tool! [there is no good in NXIVM]
Comment