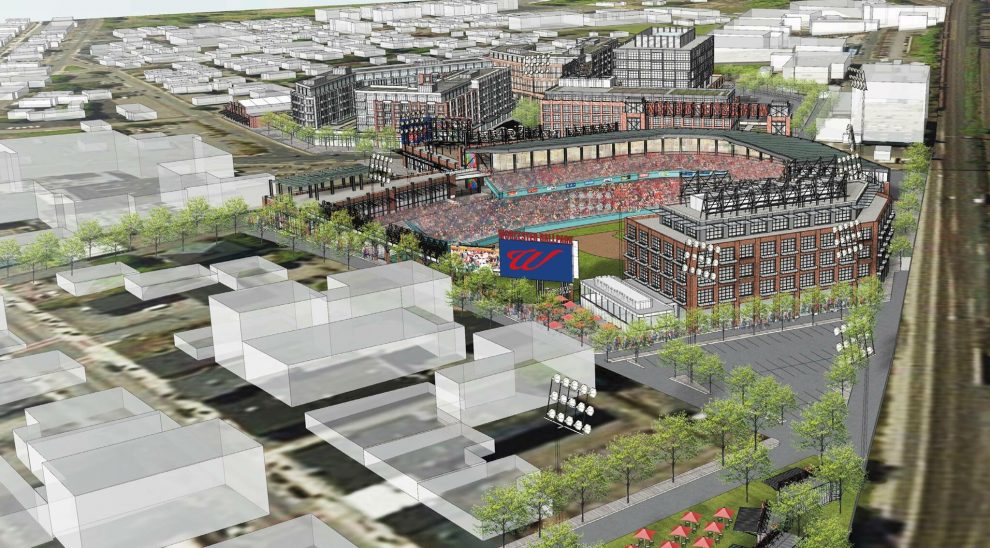 It’s been an exciting August around Coca Cola Field, with hot prospect Vladimir Guerrero Jr. sparking interest in the team despite being out of the 2018 playoff hunt.

Crowds have been robust night after night, and almost a sellout for this past Monday’s season finale, not unusual for the annual Fan Appreciation Night. But on this night, fans were oohing and aahing every time Guerrero stepped up to the plate. His two run blast off of a curveball served up by Pawtucket pitching had everyone on their feet. It may have been Guerrero’s swan song as a Buffalo Bison, as many have him pegged to be in the Toronto Blue Jays lineup come 2019.

There will be come changes by next April. First, there will be a new name on the stadium that some still affectionately refer to as “Pilot Field”. Coca Cola is ending their agreement to sponsor stadium naming rights, although they will still retain pouring rights for their products at the ballpark.

Next, there will be some noticeable capital improvements. The Bisons have been working with the city to replace the worn and dated red seats in phases, which date back to the opening of the stadium way back in 1988. Wider and more comfortable kelly green seats now line the lower reserved section beyond the baselines, and look for more of them to be installed in time for opening day.

The Bisons will be entering their final year of their current lease as principal tenants at Coca Cola Field, and look for them to get a deal done and not relocate to another market.

The mere concept of the Buffalo Bisons pulling up stakes and relocating to a more favorable market is unthinkable and unfathomable, but yet a question that needed to be asked. More on that reasoning in a bit.

“Absolutely out of the question”, was the firm reply by Bisons Vice President and General Manager Mike Buczkowski. “Rich Products is a billion dollar industry with its headquarters here in Buffalo and a global footprint. Bob Rich and the Rich family own and run the Bisons not as a significant profit making entity, but as a civic endeavor. They are the current stewards for a team and a franchise which goes back more than a century.”

Nonetheless, there are big doings happening around the International League which further raise the bar on franchise value for AAA teams and the economic impact they can deliver for a community. One needs only to look at what is going on in Pawtucket, Rhode Island, where huge and powerful forces were working behind the scenes to plot the future of the franchise and where they might have been headed.

Back in spring the Rhode Island Legislature put forth a funding plan which would commit $85 million of funding through a redevelopment agency for a new ballpark in downtown Pawtucket. A consultant would work in concert with the team to put together economic development projects to spur growth in adjoining downtown properties and along their riverfront.

By mid summer, no firm deal was in place, and now the team has announced the signing of a letter of intent to move the franchise to Worcester, Massachusetts, in a yet to be built ballpark that would be completed in time for the 2021 season. And to make this all happen, almost $100 million in public funds would be committed to the new stadium and ancillary development. Under the terms of this package the Owners of the PawSox would only need to commit $6 in team funds towards construction.

Architects have designed a stadium in the downtown Worcester Canal District which, if built, would replicate many of the design elements of Boston’s Fenway Park, including a left field wall Green Monster.

There are still hurdles. The deal has to be approved by Worcester’s city council, and the franchise relocation also needs to be signed off by Minor League Baseball and the International League Board of Governors. Nonetheless, folks in Pawtucket see their beloved franchise slipping away, despite many first and starts and nice tries to replace aging McCoy Stadium, now the oldest in the International League.

Pawtucket is not the only franchise rife with speculation. This past offseason, the New York Mets purchased the AAA Syracuse Chiefs lock, stock and barrel, ending almost six decades of community ownership.

The team plays at NBT Stadium, located amidst vacant fields, parking lots and abutted by I-81 far away from civilization and several miles away from the center of the city. Their ballpark has not aged well, despite opening years after Buffalo’s stadium. And the team has suffered through middling attendance and financial losses much of the past decade.

Nowhere in the sales agreement was there any firm language requiring the Mets to keep the team in Syracuse. Their lease expires in 2024. Would the temptation of a gleaming $100-million stadium be enough to entice the Mets to move the team?

Buczkowski replied, “Any franchise shift to a different market not only has to make economic sense, but territorial sense. We couldn’t just pick up this team and move it anywhere we wanted. In fact, Rich Baseball came up with this very same issue when we shifted our short season A team from Jamestown to Morgantown, West Virginia.”

Of course, any attempt to move the Syracuse Chiefs out of New York State would get a strong pushback from state officials, along with likely help from the Empire State Development Corporation or other state agencies to help fund a replacement ballpark.

Which brings us back to Buffalo. What is the long view regarding Buffalo’s now 31 year old ballpark?  After all, ours would become the oldest venue in the league once the Pawtucket/Worcester stadium situation is finally determined.

“I kind of like the idea that Buffalo could retain bragging rights as the oldest classic ballpark. We were the trendsetters for all of minor league baseball when this place opened in 1988. This is still a special stadium and Bisons have made major funding commitments to enhance fan comfort, amenities and the game day experience to continue to make this a great place to be,” said Buczkowski.

Almost four years ago the Bisons, in conjunction with the city, held a major news conference to announce that plans were underway, working with ballpark designers Populous out of Kansas City, for the development of a master plan for a complete makeover of the stadium.  While new green seats have been installed and the stadium has seen a new high definition scoreboard, there has been little new news of this plan since then. And some have to be wondering if the long view is for an eventual replacement of the stadium.

Buczkowski refused to speculate where this team would call home 20 years from now. “Funny how I remember when we celebrated the 50th anniversary of the Rockpile (War Memorial Stadium) when we played there, and it’s hard to speculate where the Bisons will be playing when that landmark date hits. I can only say with assurance that they will be playing in Buffalo, and that we continually stay on top of ballpark trends and what our other teams are doing to their stadiums in their markets. I can say we continually strive to make our stadium the best possible fan experience.”

There are likely to be some changes in personnel. Manager Bobby Meacham refused to commit whether he would remain as Buffalo’s skipper next season. “Oh, I’ll be somewhere,” replied Meacham, tongue in cheek, sounding every bit like a guy who will be looking at Buffalo’s skyline in the rear view mirror for the final time in about another week.

“Of course we’re disappointed, what now, 13 years without a playoff team and counting,” said Buczkowski, while recognizing that the current affiliation with the Toronto Blue Jays has been a marketing bonanza for the team since linking up in 2013. “We’ve had a good month with Vlad (Guerrero) on the field, lots of excitement here. And the New Hampshire Fisher Cats just won their division and will be going to the playoffs. (The FIsher Cats are Toronto’s AA team). We started this journey with (former Blue Jays president) Alex Anthopoulos, and now we’re working with (Jays GM) Ross Atkins and (Jays president) Mark Shapiro, guys that understand the importance of winning at the minor league level. That title in New Hampshire is huge for us organizationally, and something to look forward to.”

The Bisons open up their 2019 schedule at home on April 4. They will be looking to snap a playoff drought that goes back to 2005, the longest such streak in the International League.