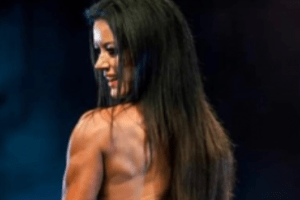 Body building Rainbow teacher has a message of success for everyone

In an interview, Kim Constable says, “I started The Rainbow Garden in Ireland, predominantly so that I could give my own kids the gift of languages.”

A reader writes of Kim:  “This article [link above] would have been published in 2013. You will notice the origin of her Rainbow Cultural Garden came via her very good friend….. I wonder who that could be?….. all answers on a postcard to Brooklyn Detention Center…. please note Constable is very selective in her blog reading.  Gosh, I wonder if she is reading yours?”
It is not known how proficient her children are in Rainbow – and how many languages they can actually speak – fluently.
Kim is also active on Instagram. She goes by the name thesculptedvegan
Here is one of her posts. It fairly overflows with joy and success.
She writes:
Six years ago I sank to my knees on the floor and cried out of sheer frustration and exhaustion.I was exhausted because my youngest baby Jack was only 4 weeks old and I hadn’t been able to take any time off from running my business as it was so dependent on me to survive.
Fast forward to 6 years later and I’m sitting in the middle of France, beer in hand, after swimming in the river with my four kids.
My business is thriving and rapidly growing, and requires zero work from me to run while I’m sitting in France. All it took for me to get to this point was the realisation that my current situation wasn’t working. .
.
I gave up my company that was causing me to work all the time, and concentrated on learning internet marketing. .
.
I also decided that I was going to be rich. Not just a little bit rich, but stinking, filthy rich. The kind of rich that gave me the freedom to go anywhere and do anything I wanted. It didn’t happen overnight either.
.
And it still hasn’t happened to the degree where I’m completely satisfied. But I live the best life I can imagine, doing something that I truly love and am passionate about. .
.
The road wasn’t straight. It twisted and turned and looked strange. But with my end goal in sight, I was relentless in my pursuit. .
.
Never give up on your dream. Don’t be satisfied with your lot, if you dream of more. Dream big and keep going after what you want. .
.
How you get there matters not. The path will reveal itself as you get going on your journey. Take calculated risks. Be prepared to fail and don’t take it as a sign you’re not succeeding. As long as you keep your eye on the prize and don’t be satisfied until you get there, anything is possible. .
.
Want the exact plan that I use every year to shred for competition? 377 pages of meal plans, recipes and shopping lists with cardio advice, for only $49! ? It’s phenomenal value.
***

.
She also loved – at least for a time – to show off an unusual bed.
A reader writes, “This was a big PR exercise. She went on all our local and UK television and the internet telling the world she had an 18 ft bed, which she and her husband and their four kids all slept in. It was a load of drivel. This was the start of her antics at September 2015 to garner public reaction. As soon as she had got the attention – all the little beds were taken back to the children’s rooms.” 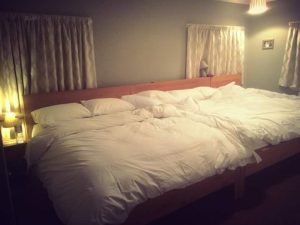 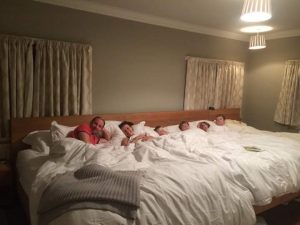 Breaking News – Vanguard is Being Bugged at MDC
Misc. correspondence and other stray items concerning NXIVM in my email inbox
Comment