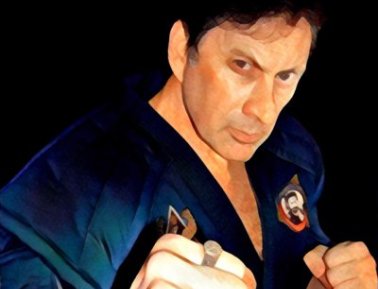 “Stolen Valor Vulture” is a moniker used by veterans to describe someone inventing or repeating allegations of stolen valor to covertly enrich themselves or their associates.  The truth or falseness of the allegation is inconsequential.

Among those combating this form of self-serving ambition, disguised as vigilantism, is Dallas Whittgenfeld, the combat award decorated former Vietnam War veteran, a two time Purple Heart medal recipient, and part of the US Special Forces that trained US Army Airborne Rangers circa 1968-1972, and a former drill Instructor.  Wittgenfeld said he took an oath to defend this country from enemies both foreign and domestic. The profound impact of his Vietnam experience impressed on him that truth that freedom is not free and must be defended on all fronts.

That includes at home where he continues to fight for Vietnam veterans – oftentimes victims of the Stolen Valor Vultures.

Several of these Vultures are “Officers of the Court” who have the means to shut down a domestic Internet server through protracted legal maneuverings  By having an Internet server located in Iceland, THA evades the tactics used by the Vultures to suppress free speech.

The website exposes how Stolen Valor Vultures work in concert with each other to achieve strategically aligned goals.  This group of Vultures named above are sometimes referred to as “the Schantag Express” in light of how Mary Schantag and her late husband (with their accomplices)  bullied and railroaded many veterans with fabricated evidence and testimony for their financial benefit.

It is alleged by THA investigators that Shipley is engaged in arms trafficking, selling “questionable firearms” without background checks to right wing extremists that his YouTube Stolen Valor theme channel attracts for him.

Stolen Valor Vulture Neal Fletcher uses “the cause” to profit through a martial arts cyber blog forum ‘Bullshido’ and, the anti-society values website and forum, Sociocide, he created.

Beginning in the 1990s and into the mid-2000s, POWnetwork, Bullshido and Sociocide, working in concert, propagated trade libel, slander and malice that enriched their owners — Fletcher and associates, like the Schantags.

Shielded by anonymity that Fletcher and his Internet venues make possible, those who engage in libel and slander operate without fear of consequences. One target of libel is Ninja book author Ashida Kim.

Kim’s closest competitor happens to be an associate of Fletcher. In deceptively trying to bolster their credibility Bullshido acts in tandem with Schantag’s POWnetwork. Together they manipulate a false perception that independent and unbiased fact checking in unrelated areas on the Internet is going on.

Former Schantag Express researcher, Bryant Bondurant, explained that in the course of investigative fact checking for the Schantags he discovered that fellow Stolen Valor Vultures were charlatans, enriching themselves off the stolen valor cause and fraud they commit.

The Military Service Award Medal Fletcher received wasn’t for serving in combat -as he infers. But, apparently, was awarded to him for learning and teaching Windows software to fellow soldiers.  In response to the discovery, Fletcher, the Schantags and accomplices circled the wagons and turned on Bondurant. Several made threats that extended to harming his family, says Bondurant.

In response, Bondurant created the parody website Bullshito where he posts screenshots of Fletcher’s military record along with Fletcher’s misrepresentations about himself on website forum threads.

Bondurant also exposes other Stolen Valor Vultures, along with their fraud and possible criminal acts.

Both Bullshitto and Stolen Valor Vultures shined a light on this problem, but no longer exist after they apparently accomplished their goals.

Apparently, Navy Vietnam-era Veteran, attorney, David Bernath, might still be alive today if he publicized the situation going on. Instead, he depended on litigation to correct the situation.  According to Whittgenfeld, Bernath became a serious threat and, in his opinion, Bernath was murdered through sabotage of his plane by Stolen Valor Vultures.

But that is another story to be told and follows in this series.