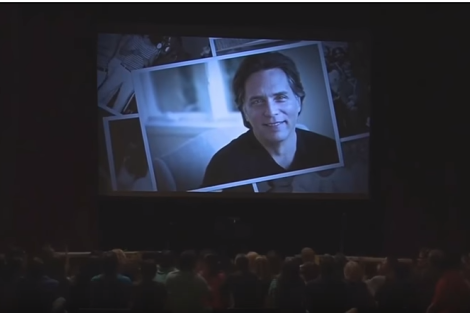 During today’s Status Conference for USA v Raniere et al., in the Federal Courthouse for the Eastern District of New York in Brooklyn, a few revelations were made.

The hearing was at 2 pm and lasted more than an hour.

Most significant perhaps is that Assistant US Attorney Moira Penza informed the court that one of the defendants in the case is about to take a plea deal.  She did not name which defendant this might be.

Using a process of elimination, common sense and some courtroom observation, it is evident it is not Keith Raniere or Clare Bronfman who have chosen to cut a plea deal and escape further prosecution.

Whoever it is will likely have to testify against Raniere and others.

The other interesting fact – although it does not come as much of a surprise – is that Penza told the court there is likely to be another superseding indictment coming in the near future – which will charge some or all of the present defendants with additional crimes and possibly add new defendants to the group already charged.

Nancy Salzman was the only defendant absent from court – due to – it was said – recent surgery.

A very gaunt Lauren Salzman sat directly across from Keith at the defendant’s table, yet made no eye contact with him. She turned sideways and avoided looking directly at the man who promised her an avatar baby more than a decade ago.

Raniere himself was dressed in his brown prison garb – which was described once by former NXIVM member Barbara Bouchey as a virtual cloak of many colors and by Toni Natalie as a shit brown jumpsuit.

Allison Mack – also in attendance – refused to look at her Slave Master, Raniere. Instead she looked down at the floor or at the judge through most of the hearing. This, despite the fact that she has given collateral to her Vanguard that includes the custody of any future unborn children she may have, and damaging info about her nephews being abused.

Kathy Russell appeared positively emaciated and seems to be losing her hair – a common ailment for women on Raniere’s 800 calorie diet. She sat with her new attorney.

The only co-defendant of Raniere’s who looked at him at all was Clare Bronfman. Through much of the hearing she ogled him adoringly and met his eyes constantly. She fairly beamed with joy at the attention she was able to give The Vanguard and that she alone was so privileged to serve the man who led her to her present fate.

Most of the hearing was about discovery – which followed the pattern of an earlier letter filed with the court by Raniere’s attorneys who are demanding quicker, more relevant discovery from the prosecution.

As predicted by Frank Report, the government said it is likely to seek to have the court find this a “Complex Case” which would buy them more time against the Speedy Trial Act provisions.

The defense team claimed that some of the prosecution’s letters on discovery [now filed with the court] were misleading as far as when they actually tendered discovery to the defense –  as opposed to what was stated in the letters.

Both he and Clare’s attorney, Susan Necheles needed to be able to set their schedules in advance for they had other trials with other clients they could not schedule without a firm date.

The fact of a superseding indictment will throw the January trial date out the window.

The judge did not make any rulings from the bench but invited further motion practice and briefings on the various matters.

There is at this time no hard stop on discovery.

During the entire proceeding, Keith was whispering to his attorneys leading some to believe that he – who is purportedly one of the top three problem solvers in the world  – was directing them [or micromanaging them] during the proceeding.

A problem the prosecution revealed to the court about discovery was that they are having some difficulty determining which of the seized emails might be covered by attorney-client privilege.

They have identified that there are some 26 attorneys who have communicated with the defendants [prior to the arrests] in various seized documents [emails] that might have privilege issues. However, the defendants have failed to confirm which attorneys might fall into this category of privilege.

Insofar that Bronfman-Raniere were a literal litigation machine – they may not even be able to remember the names of all the attorneys they retained in their $50 million [in legal fees] quest to destroy their enemies and sue them into obliteration.

The judge decided that since the discovery issues are complex and convoluted, he will be bringing in a magistrate to help move things along.

The last portion of the hearing was related to Keith’s hopes for bail – and to the Frank Report.

Raniere’s attorney said that everyone who might be willing to post bail is afraid that their names will be revealed by Frank Parlato of the Frank Report. Raniere’s attorneys said that I claimed I get direct info from the prosecutors.

Moira Penza said that it was made clear that I am not getting any information from them.  She both stated it on the record and I too have said unequivocally that I have never once spoken to anyone at the US Attorneys office or the FBI.

Raniere’s attorney pointed out that I am indicted [thanks to Bronfman-Raniere – on bogus charges, I might add] and I have a self-proclaimed agenda to destroy NXIVM, so potential guarantors of Raniere’s bail bond must be shielded from me. The only way to do that is to seal their names from me [and the rest of the public].

The judge made no decision on sealing the names of Raniere’s co guarantors.

The judge recommended that Raniere put in his new bail package application – without mentioning names then he could decide on whether to seal the names – perhaps if he decided that he was going to grant Raniere’s bail request [something that I think is highly unlikely, but will, if granted, result in Raniere fleeing jurisdiction – with Clare Bronfman].

Raniere’s attorneys objected on the grounds that even this revelation might lead to me discovering who the co guarantors are – which would be terrible since all are afraid of Frank Parlato and my propensity to name Raniere enablers.

They are also afraid of what other media might report about them.

After the hearing, numerous reporters in attendance spoke about the excessive worriment over Frank Parlato and the media in general, and were overheard saying they felt the right of the public to know about criminal cases trumps concerns that some who might wish to see Raniere free [and maybe help him flee jurisdiction] are worried about the consequences of being outed.

Besides the media, Toni Natalie was in attendance, along with other observers.

Barbara Bouchey came in about 40 minutes into the hearing – and with her usual graceful presence, she paused until almost everyone in the courtroom turned to notice her – including probably Raniere – which was a bit of poetic justice.

She then gracefully walked up to the front and sat next to Toni Natalie – the two ex-girlfriends of Raniere – both of whom he had once promised to love forever – both of whom he turned on and tried to destroy forever – sitting next to each other – observing Raniere’s fate.