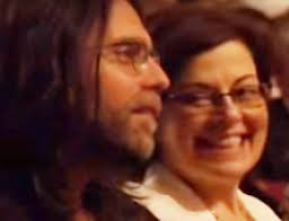 This marks an end of an era. Prefect is leaving Vanguard.

But first a little more on the court hearing yesterday.

In a recent court filing, lawyers for criminal defendant, Keith Alan Raniere accused the office of the US Attorney for the Eastern District of NY of not releasing discovery to the defense in an accurate, proper, honest and timely fashion.

“The crystal ball has been stolen from my desk,” said Judge Garaufis – indicating much could happen that could prevent  the trial from commencing on its presently scheduled starting date.

The lead prosecutor for the case, Assistant US Attorney Moira Penza said the government has not been improperly withholding discovery from the defense. She blamed the sheer volume of material in part for the delay.

Penza said the total amount of information gathered on NXIVM is equal to 12[?] floors of printed materials from the Library of Congress.

Agnifilo said prosecutors gathered the equivalent to “144 [?] library floors” of data from searches to the defendants’ homes and NXIVM buildings, the majority of which are videotapes.

Downplaying the value of documentary evidence – emails, texts, videotapes etc. – – much of which will likely evidence Raniere was running DOS and micromanaging the sex trafficking and other alleged crimes – behind the scenes – Agnifilo told the judge the case is not as much about discovery, as it is about “witnesses.”

He argued the government’s seizure of [damning to Raniere] discovery materials is “going to be irrelevant.”

From this statement we can deduce the line of Raniere’s defense: Get a group of NXIVM/DOS women to testify that Keith knew nothing – blame it on Allison. That Keith was not part of DOS and everything was consensual.

The hope is there will be enough NXIVM witnesses – that hold together by the time of trial – to offset the frightened and brutalized Jane Doe witnesses for the prosecution and damning texts, emails, and videos – including collateral – that will be presented to the jury.

Penza claimed that part of the reason there’s been a delay in providing discovery is because Nancy Salzman – now believed to be ready to flip on Raniere – is claiming the government may have interfered with her attorney-client privilege.

The government, Penza said, will have to carefully review seized documents to ensure they are not breaching her attorney-client privilege before releasing discovery to other defendants.

This becomes especially important now that Salzman may have turned on Vanguard.

The goal is to release all discovery by December, Penza said.

If the trial date was to be January, a December release of discovery might be unfair to the defense since it would give them little time to review, research and prepare their defense. However, the trial is highly unlikely to occur in January.

Penza said that it is “highly likely” the government will add additional charges to defendants and, as for potential additional defendants, she said,  “Whether or not additional individuals will be charged is part of an ongoing investigation,” she said.

Utilizing Raniere’s teachings that when a women says ‘no’ she means “maybe”, and when she says, “maybe”, she means “yes”, I think it is safe to assume that Moira is saying the present defendants – including Clare and Keith – will get hit with additional charges – and there will be more NXIVM members indicted.

If there are new charges – called a superseding indictment – this will reset the Speedy Trial Act provision – and the January trial date will be pushed back months.

To settle the current discovery disputes, Judge Garaufis ordered defense attorneys and prosecutors meet with a magistrate judge, who will mediate ongoing disputes regarding discovery production between parties.

Raniere remains in custody with no bail. Mack is living with parents in California under house arrest and wears an ankle monitor. She is permitted to leave home for school, work and church.

Russell can come and go as she pleases during the daytime but has to be home each night by 8 pm.

All defendants are to have no contact with NXIVM members outside the presence of counsel with the exception of family members.

Although I don’t have my crystal ball handy, if Salzman flips on Raniere, it seems to me to portend more flipping.

Last year [July 2017] Frank Report detailed how Nancy Salzman, finding out about the branding – possibly from Frank Report – and learning her own daughter, Lauren, was branded with the mark of Keith Raniere, for the first time ever reported – she was overheard to openly argue with Keith.  In the past she was as docile as a fawning lamb, doing whatever her Vanguard commanded.

At Vanguard Week 2017, she told friends she had breast cancer but would use NXIVM tech to heal it.

In October, the New York Times came out with their blockbuster story revealing what Frank Report readers had known for months – that Raniere had developed a blackmail and branding scheme for women slaves called DOS.

The Department of Justice began investigating and, by March, Keith ‘Vanguard’ Raniere was arrested.

Nancy Salzman told the court she is facing a life-threatening illness. Evidently she is not exclusively using NXIVM tech to heal herself . She was absent in court yesterday because, the court was told, she is recovering from surgery.

As further evidence that the Vanguard and the Prefect have split – in court yesterday, her attorney, Robert Soloway, sat apart from the rest of the defense team and defendants – at the back of the defense table – as if he were a pariah among them.

Whether Nancy’s daughter, Lauren, also plans to flip is unclear. While she and her attorney sat with the rest, Lauren, though sitting directly across the table from her Vanguard, refused to even look at Keith during the hearing.

Garaufis ordered the parties to return to court on Oct. 4.