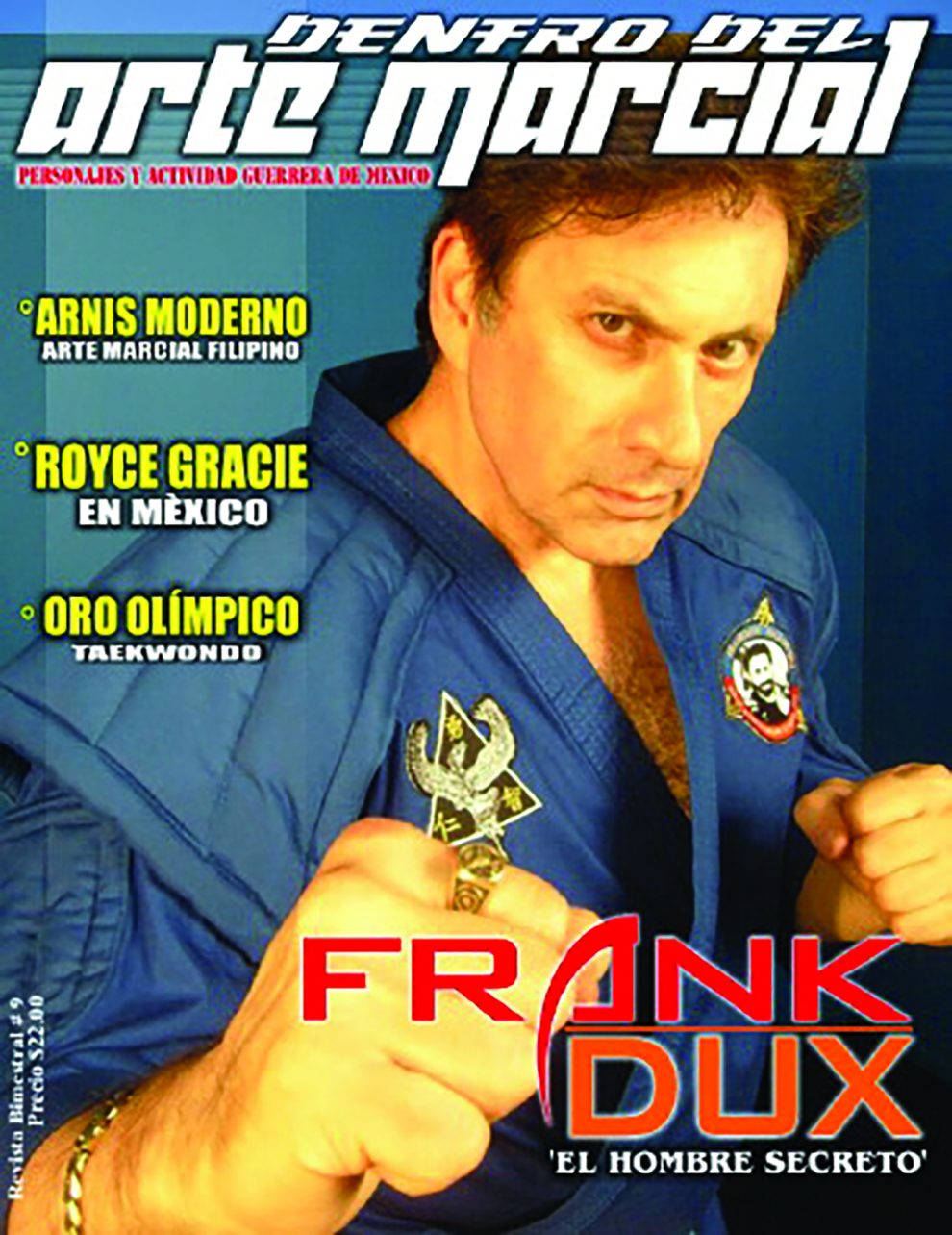 An obscure man named Don Roley has been commenting on my various stories much like a heckler.

In a recent comment, he writes “So the news that Frank [Dux] is saying in private that he has challenged me but I keep ducking him is of great interest to me. If he really said it, then I can accept that challenge and we can figure out if my superior skill can overcome his physical advantage.”

Don, I think it’s fair to say I would not want to challenge a weaker, smaller man like you. For one thing, I would not want to be responsible for accidentally crippling you for life, or seriously injuring you.  From what I can tell, you know just enough of martial arts to be dangerous – to yourself.

In fact, you remind me of the kind of guy who wants to prompt a fight with a champion to get some name and fame but if I knock you out – you will probably sue me.

So, no – to answer your question – I don’t want to challenge you.  I would never forgive myself if I hurt you badly.  When I fight, I only fight worthy opponents, real fighters, not blowhards.

That said, though I do not seek to fight you – I might be willing, if you could somehow assure me that if I crippled you – not that I would do it on purpose – or God forbid – worse – that you and your family would hold me harmless.  This might require us to fight offshore where mutual combat is still legal. There was a reason that the Kumite was held offshore.

You would also have to demonstrate that I am not fighting a frail and feeble man who is just looking for name. I would need to see medical records and a doctor’s letter that you are in condition to fight.

Finally, you would have to pay for this. I am not interested in fighting an unknown, smaller guy for the mere thrill of it.  I have fought real champions like Victor Moore – so I am not sure what gain for me there would be to fight a unknown man with no known fight record – except for a substantial sum of money.

I do understand, Don, you have a lot of free time on your hands, but I don’t. I’m very busy.

So let this be my final response to you: Unless you offer me substantial money to fight [and you must place this in escrow with an attorney or escrow company ] and can somehow legally assure me that when I beat you silly, you will have no legal recourse, I cannot accept your left-handed challenge to fight.

Of course, in case you are in a position to offer me a substantial sum, I do want to assure you, if we do fight in a ring, I will do my best to merely subdue you – without injuring you.

I admit I am sincerely worried that your style [like your mouth] is so undisciplined that, in response to some unorthodox and errant kick or attempt at a wayward punch you might make, I might have to flatten you too quickly and I may not be able to pull the punch or knockout blow enough to insure you are not permanently injured.

Finally, as for a certain cowardly man named Zane Frazier – I did meet Frazier. He had with him four other guys. He acted as if he was being filmed for some promo and then out of the blue he suckered punched me with brass knuckles.

I admit it stunned me for a moment, but I got up and, as Zane well knows, I subdued him and held him down in a choke lock.

His friends tried to help him and as I dispatched them Zane ran away.  People who gathered called police and though Zane ran fast — he was not fast enough. He was arrested.

It was a good lesson on martial arts for me. I did not expect him to sucker punch me and when I subdued him and had him in a choke hold I admit I was a little angry – I could have choked him easily to death or permanent brain damage by crushing his pharynx like it was a paper straw.

I did not. I restrained my temper and let him breathe. He was crying like a little baby and I think he shit himself.

No, I hold no grudge against cowardly Frazier. You seem cast in a similar mold. Really there are many such as you. Beginners in martial arts looking to make a name for themselves and willing to cheat and stalk champions.

Still I have hope for you Don. Once you become as good with your fists and legs as you are with your mouth, you may one day be a true martial artist.

Then you will act refined like the masters and not try to provoke skilled martial artists who could knock you out in a few seconds.

Meantime, as I said before, I am quite busy, so if you cannot meet my conditions do not be surprised if I can;t find the time to respond to your blather any more.