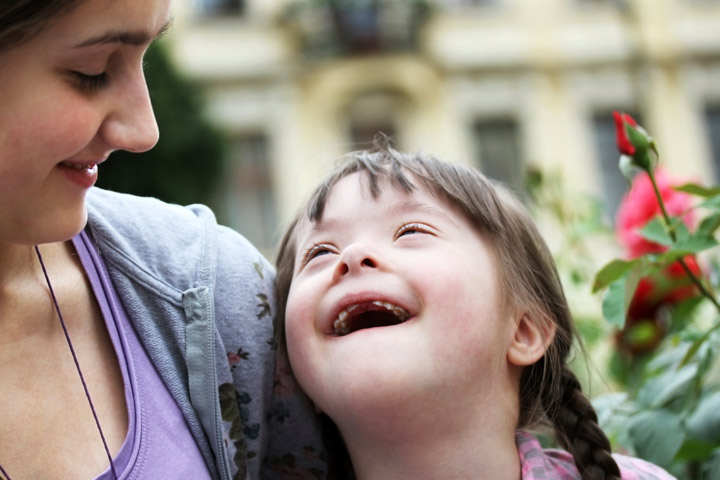 But then there was IDEA, and with IDEA this word got changed and with this change came a nefarious plot to enslave a nation. SAT scores dropped, violence rose and widespread drugging and depression ensued.

Long ago, (or not so long ago), the definition of ‘disability’ included only people with PHYSICAL disabilities, which included the physically limiting condition formerly known as mental retardation (which has recently been renamed the kinder, gentler, politically correct ‘Intellectual Development Disorder’). Mental retardation can occur from malnutrition, head injury, drugs and a host of other things including an abnormality in the chromosomes, but in all of these cases there is a physical reason why.

Retard (a word that is now all but outlawed by political correctness) simply means ‘to delay or hold back in terms of progress, development, or accomplishment.’

Mental retardation as it was called such because a person so afflicted had physical limitations.

In short, if it was physical in nature, you could be classified as disabled. This opened the door to a very brilliant, albeit nefarious IDEA. If mental ‘ailments’ (when a child has trouble reading or writing or sitting still in class, or when a person experiences anxiety because they did something that they know they shouldn’t or when they get sad because the loss of a loved one) could be redefined as an ‘illness’ and classified as physical in nature, then they too, could be assigned an insurance code and a whole new cash cow could emerge.

How did a whole populace come to believe that mental things are physical in nature? Who is behind it?

Words have been redefined and shoved into the mainstream through a concerted pipeline of indoctrination. It had to be kinder, gentler…for the safety of the children.

Originally, the IDEA Act (Individuals with Disabilities Education Act) was known as the Education for All Handicapped Children Act (EHA) from 1975 to 1990. In 1990, the United States Congress reauthorized EHA and changed the title to IDEA (Public Law No. 94-142). . In 1997 and again in 2004, additional amendments were passed to ensure equal access to education. It ensures that all children with an’ identified disability’ receive special education and related services to address their individual needs.

Overall, the goal of IDEA is to provide children with disabilities the same opportunity for education as those students who do not have a disability…and it had to be free.

In order to effect a broad scale gradual indoctrination so as to gain access to the trillions of dollars that were just waiting in the wings, ‘disabilities’ had to be re-defined. It used to be that just physically handicapped people were referred to as ‘disabled’ and covered under this law, but now it encompasses the specious array of ‘mental illnesses’ that seemingly every child now suffers from.

How did this happen? And who has the audacity and/or ‘authority’ to redefine words?

The American Psychiatric Association (APA) is responsible for naming, defining, and describing mental disorders. In the fifth edition of the Diagnostic and Statistical Manual of Mental Disorders (DSM-5), the APA replaced “mental retardation” with “intellectual disability (intellectual developmental disorder).”Aug 1, 2013

It all started with a word. Words matter. The definitions of words matter. This is a trick of the APA and the Mainstream Media to normalize agendas they are pushing.

So, how does one go about classifying a ‘mental illness as physical? This is an Interesting dilemma. It is done thusly: first one must be convinced that he is nothing more than an animal and led to believe that he not spiritual in nature. This must be done on a very wide scale.

When they are all convinced they are animals, tell them that their animal brains are defective giving them disabilities. ‘Prove’ this by boldly stating (without any evidence) that they suffer from a chemical imbalance in the brain. Never tell them that there is no test to confirm this, and above all do not tell them what the proper chemical balance should be.

Then one must NORMALIZE disabilities by weaving the idea into the fabric of society with a marketing campaign to ‘remove the stigma’, wipe out opposition to what’s happening by criticizing people who speak out against it and provide widespread identification and evaluation (school psychologists), make the teachers part of the identification process and get the parents on board with the idea that their child has a brain defect and thereby ‘disabled’ and in need of ‘treatment’, make the system more widespread with ‘early intervention’ and ‘early detection’ and voila’ you have destroyed a generation, created a new cash cow, and a whole new array of ‘illnesses’ which can now be covered by insurance.

When they are all labeled disabled what a vast array of money making opportunities would lie before one.

Look up the IDEA ACT. Couched in pedantic semantics it seems innocuous, but looking at what is really occurring, one can see the debilitative effects of these destructive policies created in the name of help but contrived from the depths of hell.

When President Clinton signed the “Educate America, Goals 2000” into law, it sounds quite innocuous, and it sounded quite helpful, but what he effectively did, was to install the final piece of the implementation of the largest psychological and money-making plot in America’s history. That Act installed a school psychologist into every public school in America with the purpose of ‘identifying’ and labeling ‘at risk’ children who could then be diagnosed and labeled ‘mentally defective’ through nothing more than subjective criteria which can then be assigned a a ‘disease’, an insurance code and then your child could be subsequently drugged, taken away, put in a home and a host of other very terrible things.

If a whole generation of children were made to believe that they are mentally defective with brain disorders, and that they are animals who can only be treated through modern medical techniques of drugs, brain surgery and electroshock, then the next logical step would be to diagnose these kids with these disorders and then ‘treat’ them.

With over 7 million children on psycho tropic drugs today, it is easy to see that the demonic individuals who promote and espouse this satanic-like practice are accomplishing their goal.

However, with the stalwart efforts of people who have been speaking out against this child abuse and the tireless work of the people at Citizens Commission on Human Rights (the Psychiatric Abuse Watchdog), the child abusers have been brought to task with the fact that it has been proven that the mind altering drugs that they so religiously have been promulgating to alleviate the diseases which they dreamt up, do not work.

They always knew their drugs and their barbaric treatments didn’t work. But, there was so much money to be made. They just couldn’t leave it lying on the table. So, at the expense of our children they hatched their elaborate plan to destroy the innocents.

The fact is though, that if you never let them get in the system in the first place, they can do nothing to you. The minute you open the door to them, you basically lose your rights. Their plans are NOT innocuous, they are NOT safe and they do NOT help.

Moral of the story: don’t let your kids into the clutches of the mental health system.

The Opioid Epidemic: What Is NOT Being Done About It
THE TRUST OF A NATION! THIS IS NOT ABOUT RUSSIAN COLLUSION
Comment