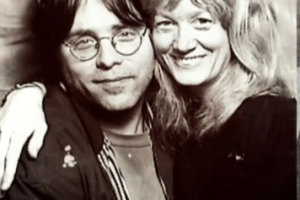 This is a guest view from an insider with a deep knowledge of what transpired behind the scenes in NXIVM.

By An Insider in the Know

The issue with Keith Raniere and his gal pals already sleeping with him is, they worked together like a pack of spotted hyenas to get his next prey for him. It was a group lie that they didn’t collude together.

Women were approached by some in the pack to test if there was a possibility to get this woman to spend time with Keith. It was cleverly set up that Keith could help them with whatever their goals were. These goals were extracted during the trainings.

Next Keith would start spending time with the woman, pretending he was single and not sleeping with anyone else. His pack affirmed this story. He’d take charge of the seduction “game,” and his hyenas would support a relationship with “The smartest man in the world.”

Keith could have never pulled off his sexual conquests without the help of his hyenas and the grand lies that took place.

Keith would pretend this new conquest was “his only true love,” but the relationship needed to remain quiet due to his status in the company.

When a woman found out “she” was not the only one, the pack of his female followers (sleeping with him, if only once a year) would be beckoned to handle the reactions of the new prey once they discovery was made about the lie.

Hence the mind-bending would commence by the “fold/inner circle” as referred to by Barbara Bouchey in her latest interview.

Some women like Karen Unterreiner, Barb Jeske and Pam Cafritz who had been with Keith for decades didn’t get the fruit of his passion very often as they were Old Hags to him. KR seems only to want younger women who are super skinny and foolish.

Some women like Barbara Bouchey continued to have a polyamory relationship with Keith even after finding out Keith was having sex with other women. Bouchey is now claiming she only knew about only three other women who were sleeping with Keith. After almost a decade, Bouchey still finds it necessary to lie to make herself and her “soul mate” look better in the eyes of the unknowing public.

Bouchey is rewriting history and what she said in the interview with Megan Kelly is not the same story she told people when she was recruiting people to leave NXIVM, or right after she left.

She told me and others she knew about many women like Ivy Nevares, Esther Chiappone, Lauren Salzman, Marianna, and Camila Fernandez, a Physical Therapist who left NXIVM, Siobhan Hotaling (when KR was helping her to be a straight woman), Allison Mack, the Bronfman sisters, and many others.

Bouchey had known about these other women for years. We also were told it was within the first six months she found out the group lie, not a year as she is now claiming.

Keith sleeping with students and everyone on the Executive Board was an issue Bouchey brought to Keith during meetings with him right before she resigned from NXIVM.

The lie Bouchey still believes is Keith was her boyfriend, and he was only sleeping with three other women once in a while. How does this lie make her situation any better? It’s sad that she cannot open her eyes to the fact that Keith was using her for her money, her ability to enroll others into NXIVM, and for sex/attention. The downside is Bouchey lied to thousands about who Keith was as a man, enrolled hundreds under this lie, and helped to keep people to stay in NXVIM.

So why not leave sooner?

It’s well known that NXIVM sent their wealthy clients to Bouchey to “manage and invest” their money. Again, the pack of spotted hyenas worked the crowd of rich students, suggesting they should consider Bouchey to be their financial planner. Doing so would be upholding the ethics that NXIVM members brought to the plate in dealing with such matters. I never bought this collective pressure to change who I used for financial advice as it appeared too incestuous.

Bouchey ran her financial planning business on a percentage basis and was making bank off these referrals. When Bouchey took on the Bronfman sisters as clients, it was like winning the NY Lotto for her bank account.

Bouchey did funnel a great deal of the referral paydirt back into NXIVM, giving to “the company store” which was Keith and his many great ideas.

One has to wonder if she bought her sexual status with her soul mate and how she lose her “seat next to him.”

Poem by Cynthia Hunter: Vanguard Man
Reader: ‘I went to a five day intensive … it took months to get back to normal life’
Comment