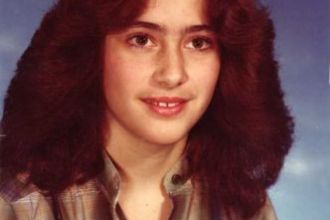 A reader calling him/herself “So Many Opportunities” posed a question to Heidi Hutchinson – about why nothing happened after the shocking and award-winning expose by Jim Odato in the Albany Times Union.

Heidi is a reasonable person to ask since she was one of the main sources for the story – revealing little-known facts about the death of her sister, Gina Hutchinson.

So Many Opportunities writes:

I read about Gina and other NXIVM victims years ago. How this monster, his enablers, and cult still continued to flourish over all these years is disgusting.

When the Albany Times Union expose came out in February 2012, I was thinking that finally the press would move in and the investigators would do their job.

The expose named some celebrities including Kristin Kreuk and Allison Mack who I found out about through John Tighe’s blog.

The same month as the Times Union expose, Joe O’Hara started his lawsuit against NXIVM naming those celebrities. Also, John Tighe exposed the Necker Island cult summit with photographic evidence, with accusations of financial crimes being discussed on the island.

I thought with celebrities being named in an expose that discussed pedophilia, not to mention being named in a lawsuit for criminal activity and being directly accused of taking part in discussions regarding financial crimes, the press would take an interest in the NXIVM cult.

Absolutely nothing happened. Both celebrities continued to be involved like nothing was happening. It was very disappointing.

Did you think the Times Union expose would be the beginning of the end for NXIVM? Do you think if the press went after the celebrities, the investigators would of been forced to investigate and look into NXIVM crimes earlier?

They had all the local authorities in their pocket – either paid off or intimidated. Some had family members intertwined in the group. That is why the Eastern District of NY acted, as opposed to the Northern District of NY, or Albany law enforcement. That is my understanding.

Heidi Hutchinson replied to So Many Opportunities

Yes, it was a tremendous disappointment to me that James Odato’s 2012 expose had so little impact and was not “picked-up” by any other media.

I think there are many reasons for that:

– The Bronfman sisters funding and imprimatur of their familial connections used to cultivate political clout and engender fear of reprisal.

– Ditto the above as to the Salinas family.

– There were few big name celebrities involved — not on the level of Catherine Oxenberg, who is of international fame and royalty — I say with all due respect to the Kristin WHO? fans on here.

– The crimes were not as current, obvious, heinous or provable as what’s allegedly occurred most recently.

– There was no “Frank Parlato;” no de-facto publicist following up with, feeding facts and sources to or presenting story angles from “Frank Report,” for other media outlets.

– A well-funded, brutal, criminal (IMHO) attack was made or ordered by NXIVM leaders to punish and silence any and every individual who had a discouraging word to utter against Keith Raniere or his devotees.

As a consequence, even the Albany TU story was not as powerful as it might have been were more sources willing to come forward with the facts.

Frank Parlato had to a lot of digging to find sources willing to talk at all, let alone go on record, even despite the horrendous news he broke about the mass mutilation with the branding.

Reader: ‘I went to a five day intensive … it took months to get back to normal life’
Sex trafficking may be hard to prove – but Jim Del Negro did plenty of financial crimes
Comment