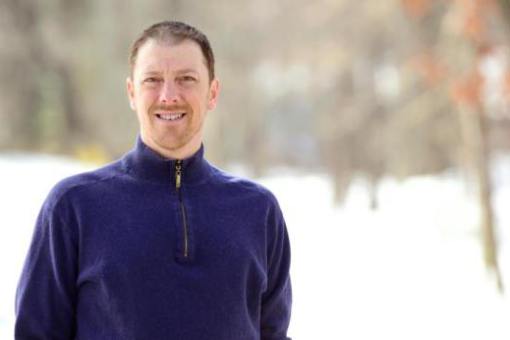 Even though Nxivm – and for personal reasons – I include Jim Del Nego – the poor man’s mini vanguard – has ruined many lives — and even though I am much impressed with Frank Parlato, and his never-ending quest to destroy this evil cult – the fact remains that Keith Raniere [and James Del Negro] really did coerce, train, taught and had sex with both single and married women and couples with families.

But it will be hard to prove it is a crime.

Del Negro was one of the worst in the bunch. I believe to this day that he used Raniere’s teachings to enlist, enroll, persuade, cajole, hypnotize and partly seduce and partly rape my girlfriend Rose.

The women in the group were/are, as anyone can see, hypnotized by Keith.  With his wit, charm and especially his lies – claiming to help them be ethical etc. – to get their guard down deceived them.

He swooped down – as many people known – onto the people they love. And destroyed them. Taking all their love and money away. Leaving a path of hurt and destruction. Anyone – any husband or parents who did not fall for their well-planned scheme  – they would dismantle that relationship – literally destroy people’s lives and relationships.

This was done in large part for Keith [and in my case, Del Negro’s] sexual satisfaction and need to control. In a sense, this is exactly what rich people do. They can buy whatever they want. They get off on control.

And Raniere and Del Negro – were, in essence, rich for they had the Bronfman riches at their complete disposal.

It enabled them to take young people just starting out in life and get them to do their bidding. It’s like heroin to a heroin addict.

The fact is, and don’t like it, but I worry that Keith will walk free.

He didn’t actually blackmail these women. He gave them a choice.

“Want to get higher in the ranks of the stripe path? Then give me some incriminating collateral.”

As for the branding. The defense team will show – with many witnesses – that this was really blown out of proportion by the morality police – i.e. the government.

The women may have been hypnotized and made to feel the need to show their leader devotion but how do you prove it?

Physically they were willing and wanted to do this – when they did it.  And some felt power in doing so. Later they may have had regrets.

As bikers show their commitment to their club. Or frats. They took certain pledges. It was meant to bind them – voluntarily.

The DOS women were not dragged, held down against there will. No, they stayed – after told to strip naked – and they got branded and did not leave at their first opportunity to tell the police. No one called the next day and said I was forcibly branded.

All of them stayed and felt the need to show their leader[s] their commitment and their love for Keith Raniere. Even those who didn’t know Keith was directly the leader of this group, they knew that their slave masters were followers of Keith.

So they knew that at the back of DOS was Keith – directly or indirectly. It was his teachings and the promise was ascension into the higher ranks of the stripe path that brought them in. So this idea that they were coerced will be rebutted with “consideration” –  the legal, contractual “consideration” that by joining DOS they could rise on the stripe path – with teachings that cost zero – for DOS was free.

I am pretty sure that Marc Agnifilo – one of the leading defense attorneys in the USA – will have more DOS women on the witness stand proclaiming that they got something good and explaining the inducement that led to their tender of collateral than the government will have claiming they were victims.

And in cross examination, Agnifilo will stick to that theme – that they sought gain in the stripe path and they voluntarily gave collateral.

Will it work? Agnifilo is a competent attorney and they have the Bronfman money for experts and investigators.

He will get into the mind of the women at the time it occurred and try to tear their claims to pieces and at the same time show Keith was fairly distant.

That the women’s minds were/are affected by so-called “brainwashing” that took years to accomplish – is something I believe.

But is that illegal?

To get these women to have this feeling – to show their love for Keith Raniere – and to want to learn from him so much that it was possible for them to think it was a good idea to give blackmail material and be branded like cattle is something the defense will try to show.

Is it impossible to disprove beyond a reasonable doubt?

The real crime to prove is not sex trafficking – though I admit there is a good chance that Allison Mack may get convicted for that – but quite possibly not Raniere. The real crime is fraud and tax evasion, massive racketeering. Their taking people’s life savings as part of a calculated system they used over and over again.

Getting celebrities like Kristin Kreuk, Allison Mack, Grace Park, Kristana Loken, and the Bronfman sisters – to show its legitimacy was part of the scam.

If this case is dependent on sex trafficking alone, I believe, Keith has an excellent chance to walk.

So far, a few racketeering charges have been filed. They are not enough.

More charges need to be filed. And I understand the investigation is ongoing.

At the end of the day, they will find Keith Raniere had his name on little or nothing.

What about James Del Negro? He had his name on many documents. He collected money and signed checks. He was a chief money launderer.

He may be Raniere’s patsy much like Kathy Russell. He may be arrested with the next batch.

Like Raniere, Del Negro ruined a few lives. He was a mini vanguard. The second man in command. Using the same exact sex techniques as Raniere.

Was it coercion? That’s the government’s position. But I’ll put my money on racketeering and tax evasion.

And in that, Jim Del Negro knows plenty and did plenty.

Click here to post a comment
Question for Heidi Hutchinson – and her answer: How come the Times Union expose did not prompt law enforcement to act in 2012?
Heidi Hutchinson on Barbara Bouchey and Keith Raniere