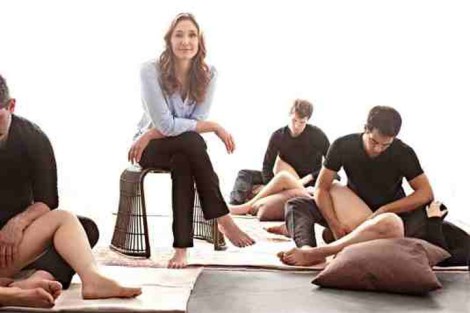 There is something’s pret-ty fishy about OM/Onetaste and it should be investigated, but I think the message is getting a little lost amidst all the moralizing and salacious detail.

Several years back in NYC, I ran into a lady that was deep in the Orgasmic Meditation [OM] matrix. She described the intro “stroking” seminar and her pitch sounded legit: it focused on (generally heterosexual) couples with the twofold goal of the woman learning more about her orgasm and “orgasmic energy”, and the partner learning how to stimulate both.

It sounded good to me, but there was something about the glassy-eyed fervor of her pitch and her incessant emails and Facebook invites that smelled of multilevel marketing so I stayed away.

Later conversations did indicate that through OM, she found work as a sexual therapist or surrogate, which concerned me ONLY because I wondered if people were hiring her of their own volition or because OM had browbeaten them (or her) into it.

I told a friend of mine about it, and he said, “Ugh… stay away; they’re a cult!”, to which I responded, “I can see that” and stayed away.

A couple years later, someone I was dating heard about OneTaste and was intrigued. I shared my past interactions and he responded, “good to know… but $200 for a day of touching each other can’t be bad”.

I couldn’t disagree, but, as “luck” would have it, I got the flu and couldn’t make the seminar (which apparently is now conducted fully-clothed, pending legal proceedings, we surmised). So while I can’t tell you what goes on, I can tell you that my email inbox and phone were met with a barrage of OM communications about when can I make up the class; maybe I’d like another class, etc. I had to vigorously demand they stop calling.

I’m sharing this to offer a third perspective of sorts.

A. At best, OneTaste is the most annoying pyramid scheme I’ve encountered.

D. There IS something wrong with being COERCED into purchasing these services and very wrong with coercing your salespeople (or “followers”) into providing these services, especially if the responsibilities of these “tracks” (or stripe paths) are not explicitly laid out when someone joins . Sex work is sex work and enlightenment is enlightenment…. and pyramid schemes are pyramid schemes. Mixing these together is a quick and delicious recipe for exploitation and that’s the alleged crime here for both OM and NXIVM.