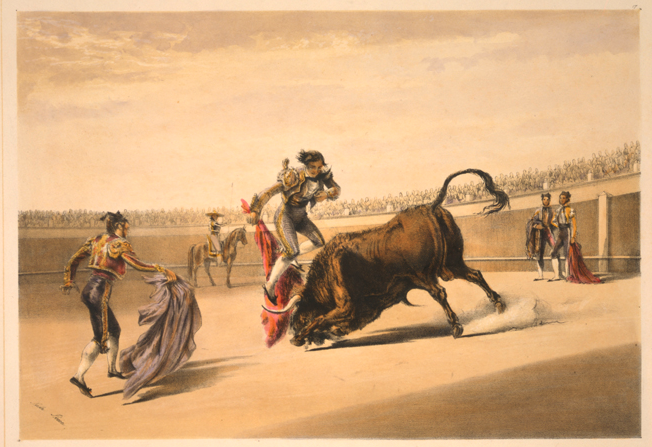 “Nobody ever lives their life all the way up except bullfighters.” -Jake Barnes, The Sun Also Rises.

When my father passed away unexpectedly in February of this year it was a defining moment in my life. A moment I had vaguely considered in years past. Even at seventy-one, my father seemed indestructible; of course, this is naïve thinking, but life without my hero was not something imminently on my mind. Any turning point in life offers perspective and opportunity.

The opportunity I have uncovered is a refreshing look at my children, especially my son, since he has many of the characteristics of his Grandfather, including his distinguished height. My parents are the longest presence and influence in my life, and in losing 50% of that presence, I have gained 100% of the biography of my father, which allows me to better define my life’s arc & better introspect on the smaller less defined arc of my son, as well as my other children.

This summer, my son and I travelled to Marbella, Spain for two weeks, so my son could train with Marbella Futbol Club. MFC takes young American and European footballers and make them better European footballers, if they have the courage, if they can withstand the professional environment and intense competition in blazing heat, and if they have the athletic and emotional IQ. There are many things I am familiar with as it pertains to my teenage son, but during this adventure a few new qualities stood out to me. To my eyes and ears, my son’s awareness of his heritage and family history were always an important element of his grounding, but never more so than in Spain. You see, taking your last name into a foreign country is a heavy responsibility as evidenced by the need for much documentation to travel outside of this country. Not all extended family members can take this important responsibility on, even in their own neck of the woods.

My curiosity was raging for weeks before our trip. I was much interested in seeing a country I had never been to, but have read about thanks to Ernest Hemingway, and I was much interested in seeing my son in a futbol environment he had never been in. I had some anticipatory anxiety. Once he stepped out onto the field and started competing, all was well. He had shown the courage I knew he had. Truth told amongst truth seekers, the hardest part was making the decision to accept the challenge; the easy part was the challenge.

I am not so sure I could have performed so boldly as my son if I had a similar challenge in a far off land at his age. This is the nature of a challenge. My son left an indelible impression on the European coaches while leaving me proud of his performance as a player and as a person. My father would have been proud to know that he accepted the challenge in the first place. Matadors are looked at as heroes in Spain for the bravery they show while competing in a familiar environment against an underdog foe in familiar surroundings with the support of a hundred thousand countrymen, with an almost pre-determined outcome of success. I would ask Jack Barnes- who is living all the way up, the bull or the Matador?

Click here to post a comment
University of Rochester Should be More Transparent About Military Partnership
THE TRUST OF A NATION! THIS IS NOT ABOUT RUSSIAN COLLUSION