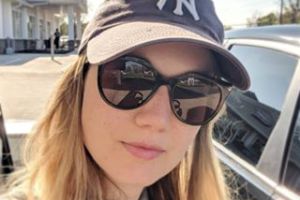 Thanks to Shadow State 1958 for this tip.
Since Keith Raniere was arrested in March, some of the top people in NXIVM either shut down, made private or ceased uploads to social media.
However, at least one of NXIVM’s elite started up a mirror or alter ego account – quite possibly to continue communicating with NXIVM members.
While looking through Brandon Porter’s Instagram account, Shadow State discovered that Porter was following someone called “CLICKY NINE”.
Not Nicki Clyne, mind you – but Clicky Nine.
The name of the account is called “fiendsandframily.”  That’s ‘fiends” not “friends,” and “framily” not “family.”
It is a private account, but perhaps the FBI might be interested in knowing what Clicky is communicating and who her fellow fiends and framily are.
Clicky nine’s motto is, “clicky nine  – in the absence of ego, there is only alter”.
So far Clicky has made 59 posts, has 108 followers and is following 173
clicky nine (@fiendsandframily) • Instagram photos and videos
With 108 followers – she seems to have somewhere around half of the estimated remaining members of NXIVM.
Clyne, one of the top leaders of DOS, is reportedly in charge of operations now that her spouse, Allison Mack, is barred from running DOS as a condition of her bail.
It is not known if Allison Mack – also potentially posting under some sort of disguised alter ego on social media – or through her mother – or others not officially known to be members of NXIVM – is in contact with “Clicky Nine” and whether she can pretend to have some sort of plausible deniability based on it not being Nicki Clyne but Clicky Nine etc. and the people communicating with Clicky are not actually her.
Nicki Clyne has not been charged with any crimes related to NXIVM or DOS despite her being a top slave master and having retained a criminal defense lawyer.
Not having been charged, Clyne is under no restrictions concerning contacting NXIVM members.
But NXIVM leaders Clare Bronfman, Allison Mack, Lauren Salzman, and Nancy Salzman and [hapless] low level [fall girl] bookkeeper Kathy Russell are all barred from communicating with Clyne and others on the Stripe Path.
Normally, one would think it to be extremely stupid for NXIVM member Clyne to try to communicate with indicted members who face jail if they violate court-ordered conditions of bail.
But stupidity runs in the ‘framily” of NXIVM.
In fact, it was Clyne’s public Instagram account showing her climbing trees that led the Frank Report to reveal that she was in Puerto Vallarta – after Raniere fled Monterrey.
The Frank Report publishing this may have led authorities to her locale for it did not take them long after to find and arrest The Vanguard at a certain $10,000 per week villa reportedly owned, in part, by one of Vanguard’s followers.
[More on that later.]
So stay tuned.