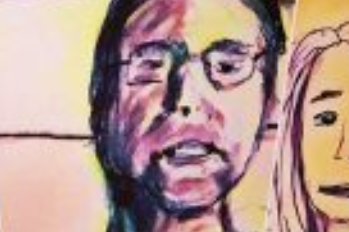 A brilliant artist who goes by the name MK10ART – has taken to using her prodigious talents as both an artist and as a lampooner to show the underbelly of Keith Raniere and his NXIVM cult.

Here the artist treats of one of the most sickening and destructive episodes of the Keith Raniere story – the rape of 12 year old Rhiannon. 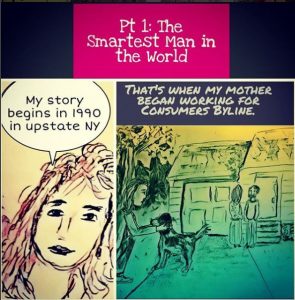 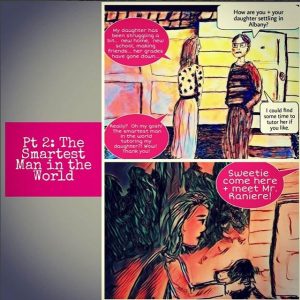 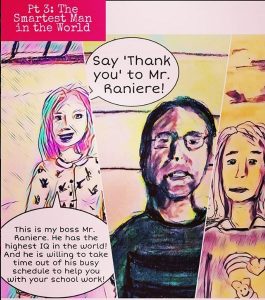 Readers of Frank Report know how this story ends up. Keith pretending to be her mentor, befriended the 12 year-old and wound up raping her.  She ultimately fled the world’s most ethical man and was placed in a girl’s detention home. She contracted cancer. She told on Keith having raping her but curiously police in the Albany area wanted her to wear a wire and confront the monster. She was terrified and refused.

Fortunately after all the trauma the child was able to go into remission and is alive and well today and no doubt aware that the monster was nabbed and has been stopped from preying on other children – for you see – she was not the only one – to be raped by the world’s smartest and most ethical man. 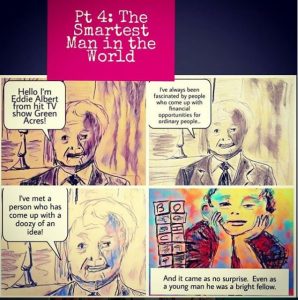 The late Eddie Albert was hired by Keith to do infomercials with Keith.  The scenes in part 4 and 5 of the artist’s series are taken from those infomercials.