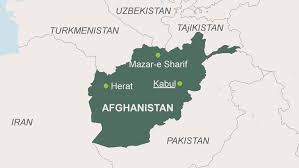 The U.S. government has spent almost $90 million on a project to help Afghan women enter the workforce.

The cash flows through the U.S. Agency of International Development (USAID), which is charged with providing global economic, development and humanitarian assistance. USAID allocated $216 million to help tens of thousands of Afghan women get jobs and gain promotions over five years.

Known as “Promoting Gender Equity in National Priority Programs,” the endeavor was launched in 2014.

The program has helped between zero and 60 women, according to a federal audit released this month by the Special Inspector General for Afghanistan Reconstruction (SIGAR). Investigators found that around 55 women got “new or better” jobs in three years but they can’t fully credit the U.S.-backed program for the women’s prosperity.

SIGAR writes it found “multiple problems” in the program.  In addition, SIGAR found that USAID/Afghanistan’s records on the contractors’ required deliverables were incomplete and inaccurate because the agency’s management did not give contracting officer’s representatives enough guidance on record keeping,” the report states.

One of the biggest contracts went to a company, Chemonics International, with ties to the Clintons. The Washington-based development firm was awarded $38 million, according to figures included in the SIGAR report.

Afghanistan has a poverty rate of 39.1 %, according to the World Bank, and an unemployment rate of 22.6%.

In the summer of 2013 the Obama administration announced it was launching the “largest women’s empowerment program in [USAID] history.” The goal was to advance opportunities for Afghan women.  The administration allocated $216 million.

At 55 jobs created or enhanced in three years, at a cost of $90, it works out to US taxpayers paying more than $1.6 million per job.

The cost of living in Afghanistan is about 60 percent lower than in the US.